A Platform of Compassion 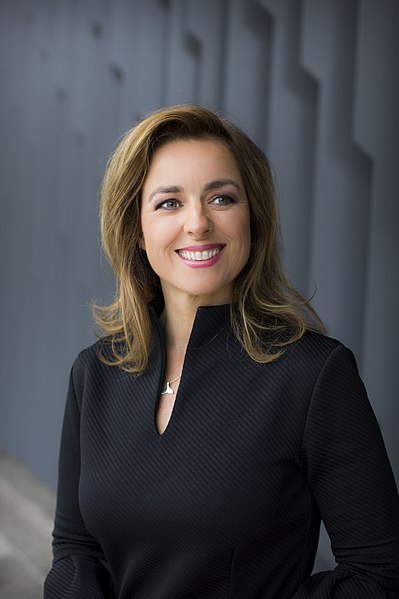 Marianne Thieme is a Dutch politician, animal activist and publicist. She is the chair and political leader of the first animal rights party in history that is represented in a national parliament. She is also a Seventh-day Adventist. Since last November, her Party for the Animals has won two seats in the Dutch National Parliament, nine seats in the Dutch Provincial Governments and one seat in the Dutch Senate.

Thieme has been voted Political Talent of the Year 2006 by the Dutch parliamentary press, Most Spicy Politician by women’s magazine Viva and Most Influential Woman for Farmer’s Incomes by the leading Dutch magazine on agriculture. Marianne has published a book on animal rights (The Animal’s Century) and dozens of articles in Dutch national and regional newspapers on factory farming, hunting, animal testing, bird flu, ritual slaughtering, fur, fisheries and vegetarianism.

Marianne Thieme spoke to Spectrum about the philosophy behind her political party and what she hopes to accomplish.

Q: Have you always been interested in the welfare of animals? What led you to take an interest in this cause?

A: My parents were very animal-friendly and I was raised with a respect for nature. I was born in a village in the part of Holland where factory farming is very big, and as a child I wondered where all the animals I had seen in my children’s books were going. When I saw a documentary on Dutch television about the lives of our cows, I decided not to eat animals anymore.

Q: How did the Party for the Animals get started? What contributed to the formation of the party?

A: On November 22, 2006 a historical breakthrough was achieved in the struggle for animal rights. For the first time ever, 180,000 voters elected members of a Party for the Animals to a national parliament. With two seats, we achieved a victory, which has been received with great acclaim by champions for animal rights across the globe. Similar animal parties have already been launched or are being set up in other countries.

We are on the threshold of an unstoppable march towards giving animals a voice and a place in our legal system. This march is the result of a like-mindedness, which transcends status, political preference and religious belief, and allows everyone to contribute to the ending of this moral blind spot that has dominated our society for decades.

In the Netherlands, animal suffering is often hidden from view, or we simply do not want to acknowledge it. Each year in this country, millions of factory farmed animals are sent to slaughter after living short and miserable lives, and millions of minks are killed for their fur. More than a hundred thousand dogs and cats are dumped in shelters, and €500 million is spent on animal experimentation every year.

Leaving aside these images of horror, let us look towards a more positive future: in 50 years we will not even be able to conceive of the fact that animals did not have rights at the start of the millennium. The next generation will look back in shame at how their ancestors treated animals with such a lack of respect, just as we now look back with shame at the role that the Netherlands played in the slave trade.

Q: What were your immediate goals and expectations as you formed the party?

A: During the mid-1990s, a favorable political climate for animals emerged. For the first time in history, there was a more or less animal-friendly majority in parliament. This came about by accident as more progressive parties won power from the conservatives.

Nonetheless, animal welfare remained a side issue for many parties, but together the Socialist Party, Green Left, the Labour Party D66 and the Christian Union formed an animal-friendly parliamentary majority.

But the so-called animal friendly parties made it clear that one could not do the impossible, and that not too much should be expected of them. The protection of animal rights featured in their party manifestos, but clearly was not a priority.

Meanwhile, other parties managed to even reverse and dismantle animal welfare policies in parliament.

Animals became objects once again, which were only intended to quell the appetite and serve the economic purposes of people.

This is why the plan to set up a Party for the Animals was hatched in late 2002. It was set up initially as a reminder to the parliamentary parties about the many good intentions set down in their manifestos. And, naturally, to speed up the implementation of such plans.

We hoped that breathing down the necks of the existing parties would finally lead to justice being done for animals. This was essential at a time when the political and social agenda was dominated by issues such as security and integration, and standing up for animal rights was contemptuously regarded as a subversive activity that showed weakness rather than strength.

That the strategy worked became immediately evident when the plans for the party were launched and we were able to participate in the elections.

Overnight, Green Left set out its new top ten election priorities, which suddenly included animal welfare, while previously animal welfare did not even make it into the top 50 of the party's main concerns.

Other parties – albeit to a lesser extent – also jumped on the bandwagon after we established the Party for the Animals. They realized that animal welfare was becoming an increasingly important issue for the electorate.

One party even wrote words into its election song letting people know that animals were more than just a piece of meat!

In the months following November 2002, when a number of people hit on the idea of setting up a political party for the interests of animal welfare, we had a lot to accomplish. In two months, €11,250 had to be raised to pay for the election deposit and a good candidate list and adequate party manifesto had to be put together. We did not want to be just a one-issue party, yet the manifesto should also not get bogged down in the broad spectrum of viewpoints and issues that had little to do with animal welfare.

We tried to make it clear in press releases and opinion articles that we at the very least should be seen as a light-hearted initiative without prospects.

It was only on the election night itself that people suddenly stopped contemptuously laughing off our attempt to make a stand for animals. During the broadcast of the election results, to everyone's surprise it became clear that Party for the Animals had scored high!

Our ambition to put animals on the agenda was achieved, but we had to go further. We knew that if the animal protectionists in the existing parliamentary parties could transform themselves into a group that was even half as fanatical and tenacious as the politicians that the factory farmers bring into play to defend the interests of intensive farming, then it would not take long for the advantage to be decided in the favor of the animals.

We still have to push hard for this in our new role as parliamentarians. The Party for the Animal's role will be to continually stir things up in an intelligent and determined way.

I do not exclude the possibility that we may still need to continue as a social movement for decades both in and outside of parliament, but it is our aim to make ourselves redundant as soon as possible. But until the time that animals are widely respected, we must continue to do everything in our power to ensure that we keep animal welfare at the top of the political agenda.

Q: Could you briefly describe the philosophical underpinnings of your movement?

A: The party is often wrongly portrayed as just a one-issue party. People often say to me: "I'd like to speak up for the animals, but what do you do for people, healthcare, the economy and housing?"

I can assure you that standing up for animals does not mean that we are blind to other issues. In our manifesto we made 220 proposals for achieving a better society. Compassion plays a dominant role in these proposals; money is less important. We want to work towards a society where not only animals get a better life, but also farmers, townsfolk and countrymen.

Q: How do you respond to the charge that the jump from advocacy of human rights to animal rights is too great and unreasonable?

Q: Do you see your party growing to become a multi-cause, multi-platform party in the future?

A: Yes, we are a new political movement based on compassion, durability and respect to man, animals, nature and environment.

Q: Since your party was formed in 2002, you've grown tremendously to a place where you have two seats in parliament. To what do you attribute this growth?

A: The Party for the Animal's common point of departure is that people unite in their joint quest to afford animals a better life, to make the existing abuses visible and discussible, and to find alternatives to stop such abuses in the future.

It is fantastic to see how people from so many different backgrounds chose to support the ideals that the Party for the Animals stands for. The concern for the weak – in this case the animal – is the bond that leads to a much greater degree of unity than any other initiative that derives from the protection of one’s own interests (that is, the interests of one's own species).

It is a fantastic experience to be part of a new movement that is not hindered by the existing impossibilities and political priorities, but instead consciously breaks through the framework. It is a movement that places key emphasis on compassion and durability, personal freedom and responsibility.

Q: It's not easy for some to take animal rights activism seriously. What has your experience in the parliament been so far? Do you find yourself fighting for legitimacy?

A: In the last debate on agriculture, 80% of the time was spent on animal welfare and animal rights for the first time in history. Does that answer your question?

Q: As a member of the parliament, what kind of legislation have you been able to pass?

Q: How have religious individuals and organizations responded to your cause? Have you found Christians churches, in particular, more or less friendly?

A: People from all backgrounds, including Christianity, are supporting the party. We are the fastest-growing political party of the Netherlands. However, we are a secular party, so there is no special religious approach in our message.

Q: How has your Seventh-day Adventist background – with its emphasis on vegetarianism, wholistic living, care for creation, and so on – had an impact on your founding and leadership of the Party for the Animals?

A: In fact, first I was an animal activist and founder of the Party for the Animals. After that (in 2006) I became a Seventh-day Adventist, because it’s a church with compassion and care for our planet.

This interview was conducted in September 2007.