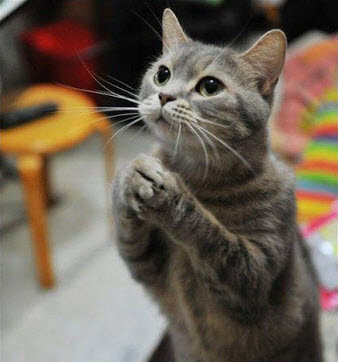 When I was eight, sitting in church during the sermon one Sabbath, I had an epiphany (although at the time I spelled it “Wow”). I looked up from my etch-a-sketch (early prototype for the iPad) and realized that our pastor was doing exactly what I always wanted to do. Be standing in front of a group of people who had been willing to get out of bed on the weekend and travel for miles just to sit on hard benches and listen to him talk! It was just plain wonderful, and I wanted in on the action.

Dad said what he was doing was called “preaching”. It looked to me like you only had to hold a Bible, read from it every couple of minutes and yell a lot. I could do that. But dad said it was more complicated. It involved something called “theology”. This, he said, meant you had to study the Bible for years so you could make the congregation think you knew what you were talking about. Since I wasn’t willing to wait that long, I asked him if it was possible to pretend. “Most do”, he said. I was greatly encouraged. I knew how to pretend.

But who would be my congregation? No one was going to get out of bed to hear me talk this theology stuff. I couldn’t even spell it. So I decided to begin with a captive audience. We had pets.

I first considered our poodle, Agaçant (my dad named her, it’s French, I guess). But all she was ever interested in was her food. She even subscribed to Bone Appétit. So I turned instead to our two cats: Tippy and Tylertwo (again, my dad).

I know, I know – really crazy idea. Well, my father had an eccentric personality, and I often overheard people say I was a real son of a niche. Dad warned me how hard it would be. Later, and for years, one of his favorite expressions was “That’s like pastoring cats!” But at least I would have a starter congregation. Our cats were available – in fact, they rarely moved. And they reminded me a lot of our congregation, when I looked around during the service. Half would be asleep. The other half, from a distance, seemed to be licking their hand, although actually they were just looking at their watches.

So that Sabbath afternoon I went into the living room where our cats usually flopped. They were there and eyed me warily. How could I hold their interest? I never listened to the minister, why should they? I didn’t think you really had to until you got baptized. So I wasn’t planning on doing that for a long time, in case it was true. I briefly thought maybe I should start by baptizing them. But, as they looked so comfortable in their sins, I couldn’t bring myself to do it. Plus I was afraid I’d get badly scratched. How did the pastor manage to baptize people, I wondered? Perhaps they were tranquilized first, like the vet sometimes did.

Anyway, I decided to just launch right in and preach. But what to say? I knew all good Adventist sermons had to be on Daniel and Revelation, although I didn’t know what that really meant. And the only Daniel story I knew was Daniel in the Lion’s Den. So I started telling that to the cats. And to my great surprise – it appeared like they were actually listening! But soon I could tell, by the way their eyes lit up, that they were rooting for the lions. Oh well, I figured, that’s only natural. We lived near Detroit.

Even so, I couldn’t hold their interest long. Tippy was asleep again and Tylertwo was coughing up a hairball (something I’d never seen in church, at least that I could remember). I was a terrible failure, and began to cry. What could I do to succeed with my parishioners? Would I get fired and actually have to work for a living? Then I had an inspiration. Communion. I’d always been fascinated by this, but confused. I mean, I realized the deacons were handing out a snack. That happened in kindergarten too. But the portion size they used in church was ridiculous. The only thing that made sense was that a lot of Adventists were overweight and probably the pastor was trying to help them with their diets. Anyway, I ran to the cupboard and – what luck – there was a box of Purina Communion Chow. Baked by Franciscans. I checked the back of the box. Yep, unleavened kibbles. Now, what was it they had to drink in church? It wasn’t milk but I needed to succeed with my congregants, so it was no time to be picky about doctrine. If I was wrong there could always be a church conference called later to sort it all out. I even skipped saying Grace for my now excited kitties who were acting downright Pentecostal – rolling around and mewing in tongues! But they weren’t satisfied with just one kibble. So I poured out the whole box on the couch and set down the bowl of milk. Maybe the right procedure would get clearer after I went to Seminary.

At first I figured I was now done for the week. I’d preached, even held communion, which I knew didn’t happen very often. What else could there be? This was a breeze. Another reason why being a pastor seemed like a wonderful career choice. No effort needed. But then I realized that the word “effort” was used a lot in church. The church was supposed to have Efforts. And my parents hated Efforts. It meant you had to go to church multiple times during the week. I hated effort too – like cleaning my room. And I couldn’t understand why I was forced to do that effort when my folks tried to weasel out of the efforts they were stuck with.

So my dad explained about Efforts. It was where you had a long series of meetings so new people could get preached at and then want to join the church. It was also called evangelism. Frankly, this made no sense at all. How would getting preached at make anyone want to join the church? But, since I was only eight and liked the thought of people coming to hear me preach, I concluded I’d better do evangelism too, if I wanted one day to get a great job like this.

Where then, could I find new cats to evangelize? I would occasionally see one in the vacant lot down the street, but they always ran away. Besides, I couldn’t imagine a completely pagan cat sitting still for a sermon unless it was caged somehow. Yes – that was it! The Animal Shelter. They had aisle after aisle of caged, potential Adventist cats there. And probably highly motivated to convert. After all, their only other option wasn’t very appealing. The odds were with me. Just like during the Inquisition!

So the next Monday afternoon my dad willingly drove me down to the Shelter. Hard to believe, I know.  But this is Spectrum Magazine, not Advindicate. So there I was looking at all those cats, trying to decide which would be the first to hear the Third Angel’s Message, whatever that was. Long Hairs? No, too liberal. Wouldn’t fit in. Finally I found a whole row of short haired cats all eagerly looking right at me. It was nearly feeding time, but I didn’t know that. I launched into my sermon. Didn’t they realize the end was near? Yes, they certainly did. Didn’t they want to escape their enslaved condition? A chorus of meows – probably kitty “Amens”. This was really working. All that was left to do was make The Call. They got excited when I told them they could soon be coming home and I opened all the cages so they would trot up the aisle and be saved! But when I did that they ran off in every direction. Out the door, jumping on desks, scattering papers. Not one came prayerfully up to the front. What a bunch of hypocrites! Well, who would want such imperfect Adventists anyway.

About then I saw my dad coming toward me with a seriously unsanctified look on his face. And I found out for the first time there was a place called Holy Hell (seemed like an oxymoron to me at the time) and I was going to learn a lot more about it immediately. It was a warm place, all right. Especially on my bottom. I decided then and there to give up pastoring.

So, I grew up instead to become a computer software engineer. Working with the real world was just too hard.

Rich Hannon is a retired software engineer, the Columns Editor for the Spectrum Web Team, and a pathological liar on April Fools Day (at minimum).