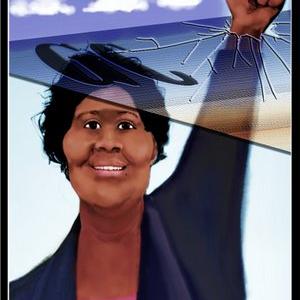 Dr. Ella Louise Smith Simmons, former provost at La Sierra University, is the first woman ever to hold the title of vice president of the General Conference of Seventh-day Adventists. Hers is the highest position ever attained by a woman in the Adventist Church. While many in the church hailed the day when administration at the highest levels became more inclusive, others have responded with ruffled feathers.

In talking with Adventist media, Simmons said, "I think that the church really is ready for women, at all levels, and in all roles, to fully accept God’s call on their lives, and to function in those roles, officially sanctioned by the Church."

Great Controversy dot Org (which describes itself as "a positive place on the web for the three angels’ message") called the statement "troubling" and "apparently defiant". The folks at Great Controversy evidently feared a church-wide rush to ordain women, a right exclusively granted to men at present. Women cannot become president of the General Conference because the president must be ordained, and women are not ordained.

Concerning women and equality, Great Controversy (dot) org states: "God still has His hand on His church. If this is a trial balloon for Women’s Ordination, then let it be shot down." So much for a positive place on the web...

Nevertheless, we join those who welcome the election of Dr. Ella Simmons as vice-president of the General Conference!

I'd say that this is the best caricature yet by our blogosphere friend. Something about her fist through that glass ceiling gives this an almost iconic image. I wonder what our friends in the Association of Adventist Women think?