Poking Gentle Fun: An Adventist Caricaturist on His Work 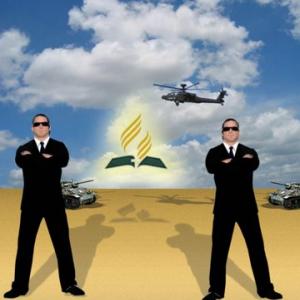 An anonymous blogger has begun posting caricatures of famous Adventists online. He's taking requests, so think about who you would like to see in a slightly different light!

Question: Your blog shows caricatures of well-known Adventists, both living and dead. Are you making fun of the people you depict?

Answer: Successful caricatures do two things: they exaggerate and distort reality and they maintain a recognizable likeness of the subject. My caricatures and the accompanying descriptions gently poke fun in the way that editorial cartoons do. My aim is to exaggerate the contours of Adventism, maintaining the reality, while stretching it just slightly to bring out the lighter side of our faith community. Q: What is the purpose of your caricatures? What do you hope to accomplish by posting them on your blog?

A: Sometimes I get the feeling that Adventism takes itself way too seriously. If we're not busy keeping the law, we're noting how others break it.

And if we're not concerned with legalism, we're busy getting ready for that great waking up morning. And if not that, then perhaps trying to increase tithe giving and membership and evangelistic efforts and on and on. But in the process, we don't seem to be giving "fun" a fair shake, a lot of the time. I want to give levity a voice. And frankly, the Give & Take page of the Adventist Review doesn't always get the job done for me. Besides all that, I need some sort of artistic outlet or I drive my poor spouse nuts! 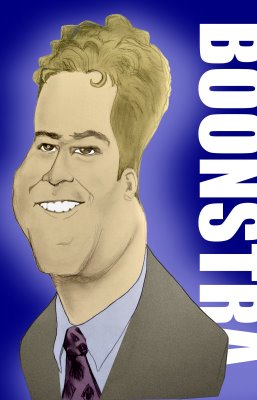 Q: When did you start your blog? What gave you the idea?

A: I started the blog a few months ago on a whim more than anything else. I had drawn some half humorous pictures of some people from my church including pastoral staff.

Then I tried doing James and Ellen just for fun. One thing led to another... I began posting online, and next thing you know, it's an honest-to-goodness blog.

Q: How long have you been drawing caricatures? What artistic training do you have?

A: I did my first editorial cartoon in fourth grade. I copied a caricature from Newsweek depicting Bill Clinton, George H. W. Bush, and Ross Perot. I think it had something to do with a school project, but I don't know what happened to it.

I've secretly always wanted to be an artist, particularly an editorial cartoonist. But when I let the secret out, my mother told me that I couldn't make a living as an artist, and that there is a reason they're all starving. So I did a religion major instead. I'll probably wind up starving anyhow...

I've only taken two real art classes. One was in painting, the other drawing. Other than that, I am self taught. My eyes are easily persuaded by good art. I learn a lot by looking at good art. 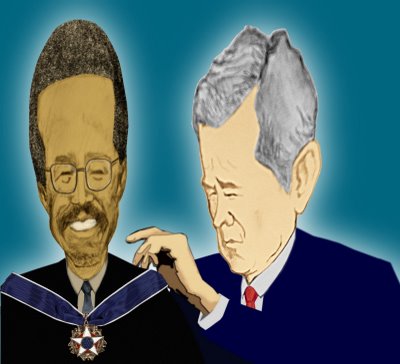 Q: How long does it take you to draw an average caricature? Do you draw from several pictures, or do you usually use just one to caricature?

A: It takes me anywhere from 30 minutes to three hours to complete most of my caricatures. I usually draw an outline on my sketch pad, take a photo of it, upload it to my computer, and colorize it digitally.

The most recent post, of James White, I did using modeling clay - a first foray into the world of sculpting. I really like three dimensional caricatures and I could definitely get into sculpting my characters.

When I make the drawings, I like having as many photos as possible to round out the features of my subject. But if I can only find one photo (there is only one picture of Samuele Bacchiocchi in all of cyber space!), then I use what I have.

A: Well, it has to do with that taking-ourselves-too-seriously bit. I have a friend who liked to quote Ellen White to me whenever I'd say or do something offbeat, trying to be funny. Something about jesting and joking behind the sacred desk, and that it was not good.

I know several Adventists for whom that attitude applies to everything. Anonymity allows me the chance to say what I will without worrying that people will start sending me angry letters. It happened to me once when I wrote for my college's humor page. Angry letters, a lecture from the dean. It was the humor page, for pete's sake. I wrote a story saying that the new wing of the dorm would be co-ed, as an incentive for more people to live in it. Evidently, it wasn't that funny.

I don't know. Maybe I am just being a wimp. Maybe I'll go public one of these days. After all, the feedback I've received from people on the blog has been positive. Nobody telling me to become a Presbyterian or anything like that. 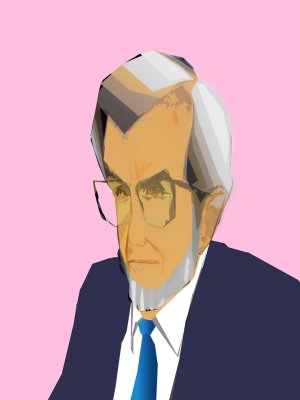 Q: What do you do in your day job?

A: Well I'll tell you one thing: my mom was right about artists and making a living. I'm currently a student.

Q: How would you characterize your relationship with Adventism? Are you a life-long Adventist?

A: I am a seventeenth generation Adventist. Or might as well be. I have Adventist roots on both sides that go way down into SDA soil. And you know what happens when you start looking at roots - you find all the mud. But as my pastor once put it, you can find something nourishing and life-giving there too. Q: What makes you different than other Adventist artists? What role do you think art plays in the Church?

A: I am no Harry Anderson or Lars Justinen. Their ability and style are an entirely different caliber. But like the many young artists in Adventism, I feel that there is a way in which art can say things - important things - that even long and well-written articles cannot say.

Art speaks a language that is often better than speech, in my humble opinion. Most people have seen at least one piece of art that speaks to them that way.

I certainly hope that Adventism will find an increasingly prominent role for art and artists. 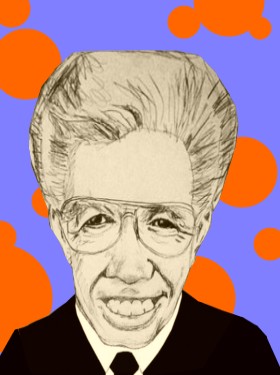 Q: What kind of feedback have you got on your caricatures? Have you heard from any of the people you have depicted? Do you let them know when you have posted an image of them?

A: The only person I told specifically was Jose Rojas. I'm not exactly sure why him. I've heard him speak in public, and he seemed very approachable even though it was in a very large auditorium full of people. And wouldn't you know it - he wrote me a note. A brief note but a kind one.

I also got a response from Julius Nam - also a gracious response. Aside from those two, none of the others have responded.

But I did notice that one of the viewers was from the church headquarters in Silver Springs. Data tracking software tells me all sorts of interesting things.

Q: How do you decide which people to draw? Are you worried you might run out of famous Adventists?

A: If I ever do run out of "famous" Adventists, there are several million lesser known Adventists as well.

I've begun taking requests on the blog. If people want to see a certain someone Adventist made into a caricature, I want to hear about it. I've gotten several requests now for Alexander Carpenter.

Q: Which is your favorite caricature so far?

A: That's a tough question. It's like asking a mom which of her kids she likes the best. They're all precious in their own way. Even the one in which I compare Joseph Bates to Smeagol and Abraham Lincoln. Or John Harvey Kellogg with Colonel Sanders. Q: What challenges do you think Adventism will face in the next decade?

A: The first thing that comes to mind is relevance. I think there are a few people in the Adventist church who have not yet received the memo that society, particularly in the United States, has far outpaced the way we do things as a church.

We're a modernist church in a postmodern world, but sometimes we're talking with a pre-modern voice. That is going to be less and less effective. And it shows in membership statistics. 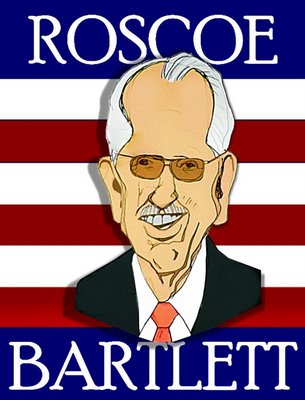 But I am very impressed by people who are innovative in their outreach and creative in their ministry. Not just for the sake of mimicking culture, as if culture is the thing that guides us, but rather continuing to dialogue with and relate to a rapidly changing culture.

In 10 years, we're not going to be able to get away with doing mark-of-the-beast crusades if we hope to continue speaking relevantly. But thankfully, there are lots of people who have caught on! 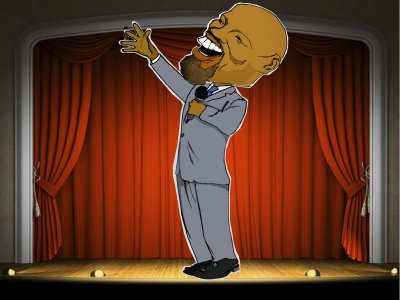 Q: Is there anything else important you would like to tell us?

A: Can you imagine a church in which sanctified humor was justified? I say humor is as Adventist as veggie apple pie. Or CHIP-approved, no-sugar-added apple pie made by the Micheff sisters for a live audience on 3ABN during an evangelistic campaign.

Humor and art. Two things Adventism could use more of. And more apple pie, please.

See the Spectrum Blog entry on the caricatures here.

Keep an eye on the caricaturist’s blog and find out the story behind the "SDA Incorporated" drawing at http://sdacaricatures.blogspot.com