The Investigative Judgment Really Ended in 1846

The Investigative Judgment Really Ended in 1846 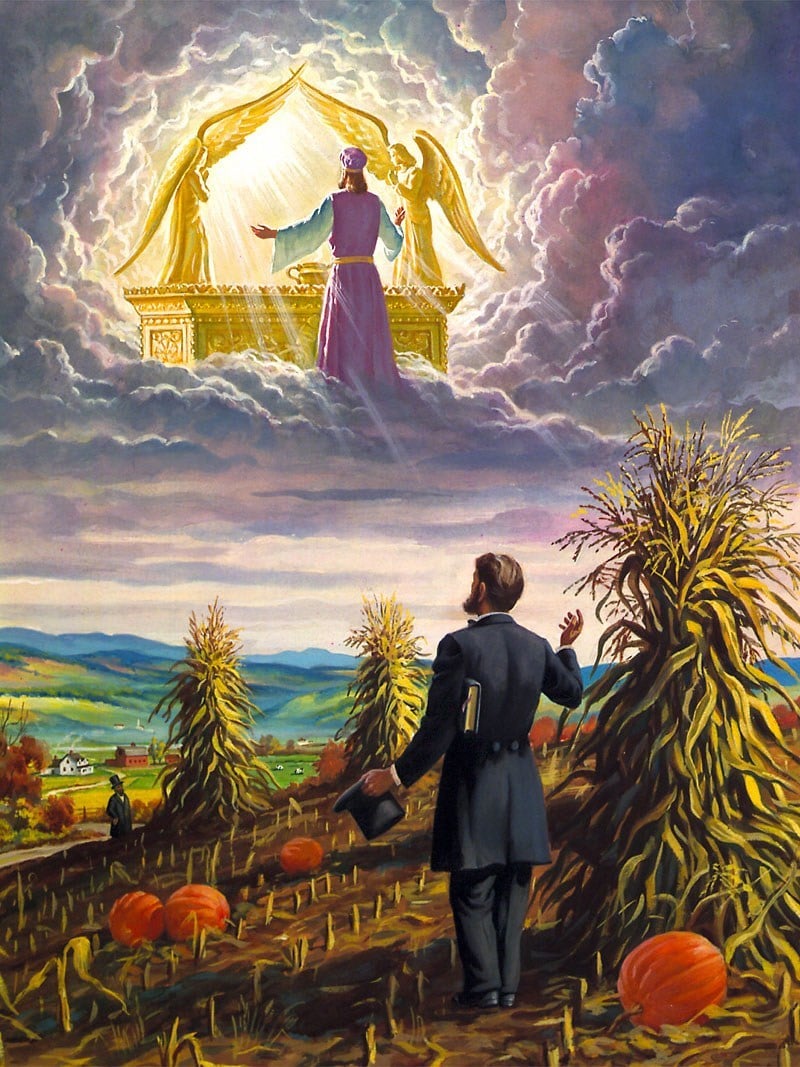 There was a great deal of discussion about the Investigative Judgment during the late 1970’s and early 1980’s. Since the firing of Desmond Ford hardly anyone mentions that topic. Ford was an Adventist minister and college professor from Australia who challenged the validity of this doctrine. In 2012 many young Adventists have never heard of this doctrine, and they never talk about it. Is this doctrine still relevant? Should it be retained as a doctrine?

As a young person growing up Adventist, I learned about the investigative judgment. As presented to me this phase of judgment began on the day of the Great Disappointment, October 22, 1844. At that time our Lord and Savior Jesus Christ entered the most holy place in the heavenly sanctuary to begin the judgment of the dead. If each sin had been forgiven then the individual would be judged righteous and would have eternal life when Jesus returned the second time in the clouds of heaven. After the judging of the dead, the judgment would start on the living, and when a person’s name came up probation closed for that person at that time. After everyone had been judged and his or her eternal fate determined, probation would close completely, and the seven last plagues would begin. There would be 144,000 persons without sin living on the earth at that time, and they would be without contact with God, and would receive no intermediation or mercy from Him. They would be perfect, just as Jesus was perfect, and would no longer need an intercessor. Christ would return to Earth within approximately one year after probation closed.

This eschatological construct seemed reasonable to me when I was 20 years old, and I never thought much more about it until the Glacier View meeting which investigated the position of Desmond Ford concerning this doctrine. There was much additional discussion about the whole concept at that time, and since I was now 40, I knew that I would never be one of those 144,000. There was just no way that I could try any harder to be perfect than I had been trying, and I knew for certain that I was not perfect. I had followed the typical patronizing Adventist advice that I just needed to pray more earnestly, and give the Holy Spirit time to do its work.

As a physicist I had often done order of magnitude calculations to obtain some estimate of whether or not a certain nuclear experiment had a chance of success, and decided to apply some order of magnitude calculations to the problem of the investigative judgment. These calculations were originally intended to a spoof, or a joke, but after 168 years since the beginning of the investigative judgment, I now wonder if this doctrine needs to be examined again, especially after reading Matthew 24 once again in which Christ stated unequivocally that no one knew the hour in which He would return.

In any case, to determine just how long the investigative judgment would take we would need to have a reasonable estimate for the number of sins that have been committed by all of humankind since creation. We would need to have some idea of how many people lived before the flood, how many have lived after, and how many sins the average person could commit in the course of one day.

There are 1440 minutes in each 24 hour day. If a person sleeps for 7 hours then 17 hours would be left to commit sin. Thus there would be about 1020 minutes available to sin. How many sins could a person commit in a minute?  As an individual who has had some experience in sinning, I find it unlikely that even a dedicated sinner who was really interested in running up a score would have a sin rate of one sin per minute. The reason is that most sins with which I am familiar tend to have some element of fun, and I always wanted that fun to last as long as I was able to prolong it. In any case for our calculations we will assume that the average number of sins a person can commit in one day is 1000. I personally believe that a more realistic number is about 100, but we will leave that extra order of magnitude in the assumed number.

We now need an estimate for the average number of people who were alive from the time of creation until the flood. According to the Usshur chronology generally accepted during the time of the development of this doctrine, the date for the flood was 2348 BCE, which was about 1650 years after creation. How large could the population have become during this time? According to population specialists, the population of the Earth at the time of Jesus was about 125 million. Starting with the approximately 8 persons on the ark and a population growing to 125 million in about 2500 years, it seems reasonable that the same type of constraints affecting population growth after the flood would not be greatly different than those constraints before the flood. Let us thus assume that the average population of the Earth from creation until the flood was two hundred million persons. In my opinion this number gives an extravagant estimate. However, let us see where the numbers take us as we work through this arithmetic exercise.

Determining whether or not a sin had been forgiven is really looking up a piece of data. The answer is either a “yes” or a “no”. Operations of this sort are ideal for a computer.

In the late 1970’s a new super computer was introduced that would perform 80 million calculations (addition, multiplication or division) per second, and probably twice this many for a simple yes or no answer. Other improvements have been since that time. The computer that we chose for our hypothetical calculation is the Department of Energy computer located at Sandia Corporation in New Mexico. It has the capability of performing 143 billion arithmetical calculations per second. At 143 billion per second, how long would be required for this single computer to determine the status of each sin? We would divide the number of sins by 143 billion per second and this result would give us the number of seconds needed to determine if the sins had been forgiven. The answer is 38.4 million seconds, or about 445 days. If the investigative judgment really started on October 22, 1844, it would have ended on January 10, 1846.

Although originally intended as a joke, the result of this calculation does cast substantial doubt upon what if anything happened in 1844. Human activity could have performed the required investigation in less time than has already passed since 1844. As I recall the editor of the Adventist Review (March 19, 1981, p 3) argued in that publication that the problem was that the angels were just not efficient in getting the “books” to Jesus in time for the judgment to be completed in a timely way.

In all fairness, the Adventist believers in 1844, using the material that was available at the time, did an outstanding job of interpreting some difficult passages in the books of Daniel and Revelation. The leaders were not scholars and were not educated in the original languages and had only the King James Version and possibly one or two other versions of the Bible available. More recent scholarship has certainly cast doubt upon interpretation of the scriptures for the cleansing of the sanctuary.

When the Lord did not return in 1844 many former believers just felt foolish and gave up or just claimed that they never believed that concept anyway. Thankfully the pioneers of our church did not give up on Jesus or the idea of his return, and tried to find an explanation and came up the investigative judgment idea, the so-called “Vision in a Cornfield”.

Does believing or not believing in the Investigative Judgment help or hinder you in your walk with Jesus? Should the investigative judgment be retained as a doctrine of the SDA Church? I would argue that this issue has been decided. Adventist ministers and administrators do not preach about this subject, and will not voluntarily discuss it. The younger Adventist population knows little or nothing about the Investigative Judgment. By their collective lack of interest the Adventist population has voted against it.

By espousing the Investigative Judgment we have effectively set an outside limit on the time of the return of Jesus. Is this doctrine relevant? Is it still credible? If Jesus has not returned by 2112, an additional 100 years will have passed, and computers will almost certainly be much faster. The above calculations could then show that the Investigative Judgment really ended on October 23, 1844. Will anyone believe us when we claim that Jesus will return soon?

—George P. Saxon, Ph.D., is the founder of the Saxon Lecture Series at Southwestern Adventist University.