How Change Happens: An Interview with Cynthia Bourgeault

How Change Happens: An Interview with Cynthia Bourgeault 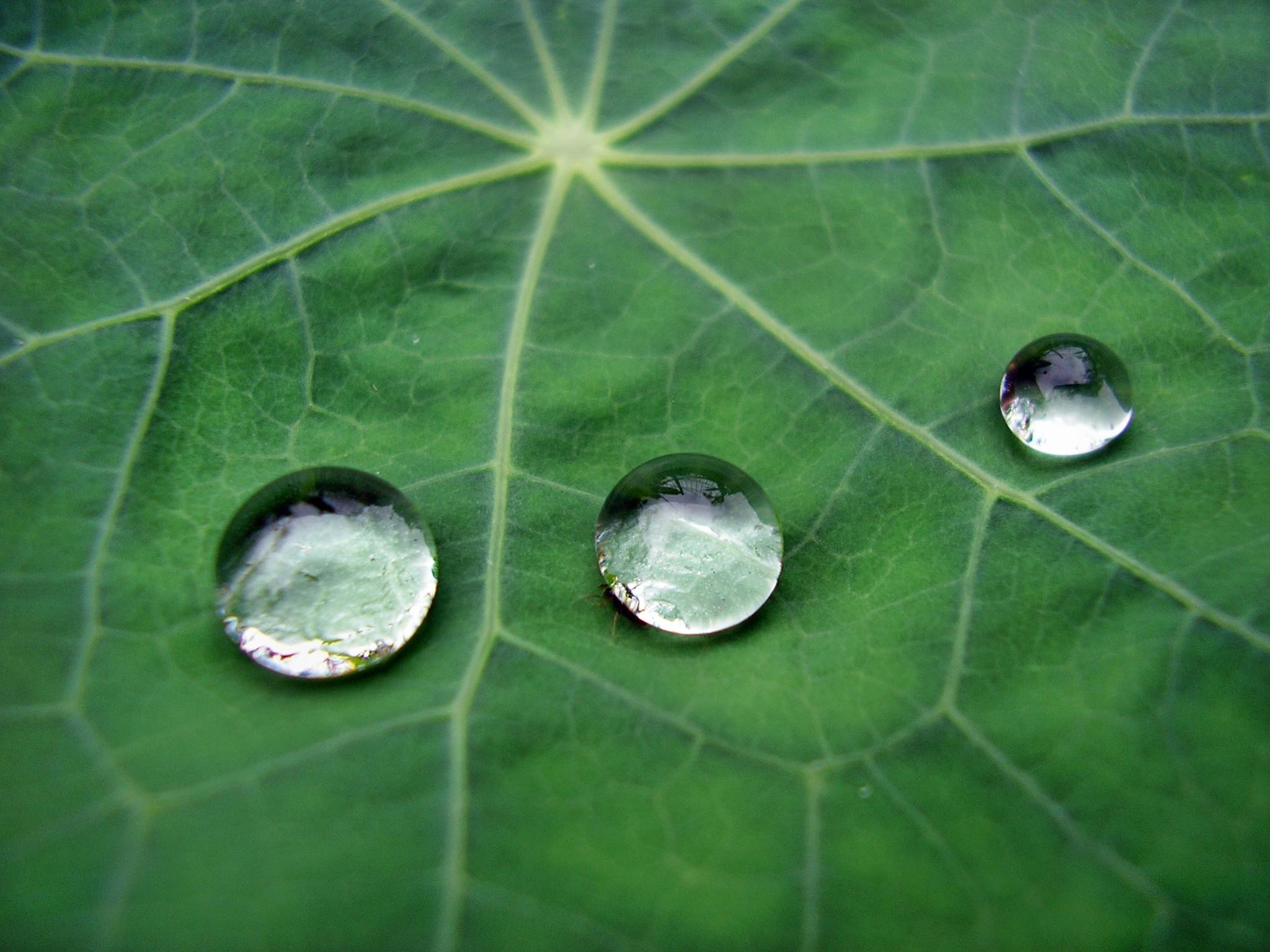 This interview appeared in "Transgression," a recent edition of the journal Oneing, published by the Rohr Institute.

Joelle Chase: Perhaps we could begin by talking about some of the ways in which you have transgressed, Cynthia! For example, your book on Mary Magdalene delves deep into a topic that has been taboo in many Christian circles. What has it been like for you to break the silence, to transgress some religious norms?

Cynthia Bourgeault: Well, it really was like saying “The emperor has no clothes on!” to those that continue to applaud the emperor’s magnificent clothes, blind to the fact that the emperor truly was naked. I would say my role was not so much transgressing as popping a bubble of illusion so we could see reality for what it is.

Joelle: It seems like you have been popping bubbles in other ways too. Your latest book, The Holy Trinity and the Law of Three, explores the untouchable, non-negotiable doctrine of Trinity that Christians claim but don’t really understand and thus often ignore. And in this work you rely heavily on the teachings of Gurdjieff which, if known at all, are often considered esoteric. You’ve been breaking new, yet ancient, ground!

Cynthia: It has definitely been breaking new and old ground. These taboos are simply the power and control norms of a very tight little filter through which the institutional church sifts Christianity. What I have really been about is to suggest that we not mistake the filter for the whole thing and to offer more expansive ways of looking at our tradition, doctrines, and practice. I would say that I am only transgressing from the point of view of the power structure.

As you say, the Trinity is of no interest to most people because it has mostly been discussed in theological shop talk among those that are empowered. Nobody else knows how to talk about Trinity..., so I’ve basically been offering new ways for people to engage with the idea of Trinity.

Joelle: I was reading some of the passages that you quote from the Gospel of Mary Magdalene—which in itself is a break from the tradition of relying on canonical scripture—and was particularly struck by something Jesus said. Peter asks him, “What is the sin of the world?” and Jesus replies: “Sin as such does not exist. You only bring it into manifestation when you act in ways that are adulterous in nature. It is for this very reason that the Good has come among you pursuing its own essence within nature in order to reunite everything to its origin.”[1]

Jesus goes on to say the disciples should not “lay down any further rules nor issue laws as the Lawgiver, lest [they] too be dominated by them.”[2] I see how the rules and codes ... [can] dominate, that transgression is necessary else the laws will control us.

Cynthia: I think there are at least three different definitions of transgression, depending on your perspective. The kind of transgression we have been talking about is basically breaking out of boxes. I would question whether that is actually transgression. I think it is far more of a transgression to keep people and God in the boxes!

Then there is the role of transgression within the Law of Three—for any kind of new emergence there is also resistance. You can’t get directly to your goal. In fact, what you set as your goal is never what the real goal is. There is something that pushes back and deflects into another arena and makes a new arising possible. We learn more from darkness and descent than we do from ascent. Here transgression looks in some sense like it is negative or resistant but is actually a legitimate part of a new birthing.

There is also transgression in the classic sense of breaking the Ten Commandments or the Law of Love.

Joelle: Let’s focus on the Law of Three. How do you see transgression as part of this dynamic pattern?

Cynthia: The Law of Three is a basic metaphysical principle that was first articulated by G. I. Gurdjieff, though he claimed it had ancient roots. This principle states that in any new arising, anything that comes into being at any level, from the quantum to the cosmic, at whatever scale and in whatever domain—physical, physiological, or spiritual—is the result of the intertwining of three independent strands: affirming, denying, and reconciling. Note that reconciling is not the synthesis, but a mediating principle between the other two. This is a ternary, not a binary, system. Instead of paired opposites, we have the interplay of three energies that in turn creates a whole new realm of possibility.

Resistance or transgression is an absolutely essential part of any manifestation. It is a great mistake to try to eliminate resistance. Rather, you have to work with it, weave it, honor its presence—because what is going to come into birth is not what you want or expect. It is going to be completely new and surprising. The three forces working together dissolve gridlocks and move everything into a new playing field.

Joelle: Can you give an example of how this works?

Cynthia: In my work on Mary Magdalene and Trinity I think I represent an affirming force. I am pushing against something and it pushes back, and out of that something new is born.

Joelle: There is another wonderful quote from your Mary Magdalene book: “Ultimately it is not about clean living and purity but the total annihilation of one’s heart.”[3] This seems to fit with the Law of Three—that the annihilation or destruction is also the new arising.

Joelle: Einstein said that you cannot solve a problem with the same consciousness that created it. How do we access or open ourselves to the third, reconciling energy that allows the new, fourth thing to arise?

Cynthia: Most people in the work say that human beings in their normal state of consciousness are third-force blind. The third force is there, right under our noses in most situations, but we do not see it because we are too embedded in either-or thinking. And we are identified with outcomes. This combination makes it very, very hard to spot third-force energy.

While you cannot cause third force, you can increase the conduciveness of third force in a situation. ... [Teaching] non-dual approaches has certainly served as catalyst. More people are doing the work of meditation; they’re spotting the triggers that make them go into reactive and inflexible positions, rather than identifying with the issue. The more you are aware, the more you are able to help something new arise.

Joelle: In your book on Trinity you look at the Enneagram as it was taught by Gurdjieff, not as a personality profiling tool, but as a pattern for how growth works. The nine points are steps or stages, with a “stopinder” every three steps. At these points (3, 6, 9) there is a challenge requiring an extra boost of energy to overcome the resistance to keep growing. Would you say more about that?

Cynthia: The Law of Seven intertwines with the Law of Three in the Enneagram. Science is now confirming this pattern. When energy flows out from an initial impulse it does not flow in a uniform motion like inertia; there are places of discrete stoppages or losses of energy, and if additional energy is not added there (and the right kind of energy) things will just begin to veer off from their original purpose. You don’t have to go back to the beginning and start all over again, but you need another burst of the beginning kind of energy so that you can move on and push through these places of attenuation. Otherwise, if you sail through the stop signs, you tend to veer off in a direction far different than where you started and intended.

Cynthia: In Thomas Kuhn’s classic book, The Structure of Scientific Revolutions, he insisted that science wasn’t incremental. You don’t go from one major paradigm to another without paradigm malaise and distress. When someone proposes a new theory at first they’re shot out of the water and then finally everyone switches over to the new idea.

I guess this is what happened in regards to my study and writings on Mary Magdalene and the Holy Trinity. I have sensed paradigm distress in the church. The ideas surrounding Mary Magdalene and Trinity were not holding water. No one was interested. People were tuning out. You can’t move a paradigm along by constant tiny revisions. Sometimes you have to say something completely different and even crazy. At first everyone responds, “Oh my God! No, it can’t be!” And then all of a sudden they realize, “Oh yeah, it is.”

This is the way much of history works. Change always involves going through a time of discontent and then rupture and then reconstruction. I’ve been trying to lessen the drama by looking at the mechanics of this process. The Law of Three provides a pattern so that we really understand how change and new arising happens.

Don’t be afraid of darkness, of the things that look like they’re going in the wrong direction. The soul has to go through this overwhelm. So often I realize the difficulty was exactly the thing that needed to happen in order for there to be clarity. And now I’m back on the track I was really on. I’m a student of how change happens.

[1] Cynthia Bourgeault, The Meaning of Mary Magdalene: Discovering the Woman at the Heart of Christianity (Boston: Shambhala Publications, Inc., 2010), 46.

The Rev. Cynthia Bourgeault, PhD, is an Episcopal priest, writer, and internationally recognized retreat leader. Cynthia divides her time between solitude at her seaside hermitage in Maine and a demanding schedule traveling globally to teach and spread the recovery of the Christian contemplative and Wisdom path. She is the founding Director of both The Contemplative Society and the Aspen Wisdom School and a member of the core faculty of the Rohr Institute's Living School. She is author of eight books, including The Holy Trinity and the Law of Three and The Meaning of Mary Magdalene: Discovering the Woman at the Heart of Christianity.