What is the Gospel?

What is the Gospel? 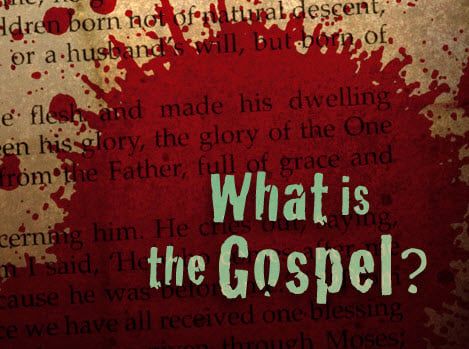 Recently, in response to a statement about the commonality of the gospel amongst different denominations or groups of Christians someone said to me – “To be honest with you I could not disagree more. It is the Gospel that separates us (SDA) from other denomination's "gospel." Our (SDA) doctrines define the Gospel for us, they cannot be separated from the Gospel. Any deviation from sound doctrine is not the Gospel at all it's a false gospel.”

This is not the first time that I have heard such a statement. In fact, it is possible that I believed this myself at some point. There are a lot of people of all denominational types that believe that their idiosyncratic view of Christianity is “the gospel.” But is that true? What exactly is the gospel? How do we define it? I have a hard time believing that the gospel is particularly Adventist. I am fairly sure that the gospel that is made reference to throughout the New Testament has little to do with Adventism as we know it today (or any other denomination for that matter). When Jesus says in Matt 24:14, “And this gospel of the kingdom shall be preached in all the world for a witness unto all nations; and then shall the end come,” I doubt that he was talking about Adventist doctrine, considering the simple fact that it would be almost 2 millennia before the existence of the Seventh-day Adventist Church.

Moreover, I have a hard time believing that the gospel involves any kind of rule-laden structure. When the council of Jerusalem is recounted in Acts, Peter began his speech by making reference to the gospel saying, “Brethren, you know that in the early days God made a choice among you, that by my mouth the Gentiles would hear the word of the gospel and believe.” (Acts 15:7) He then says in reference to placing an inordinate amount of restrictions on Gentiles he says, “Now therefore why do you put God to the test by placing upon the neck of the disciples a yoke which neither our fathers nor we have been able to bear?” But the point is this – the gospel that Peter shared with them, which they then responded to by receiving the Holy Spirit (Acts 15:8), probably did not include the finer points of the health laws, the Sabbath, and dress reform, or anything else that we might consider to be uniquely Adventist.

We are still left with the question – exactly what is the gospel? Paul gives us the gospel in its simplest form in 2 Corinthians 2:1,2. “And when I came to you, brethren, I did not come with superiority of speech or of wisdom, proclaiming to you the testimony of God. For I determined to know nothing among you except Jesus Christ, and Him crucified.” It seems to me that above all else, that statementis the gospel. Christ came, died, and rose again to win us back to Himself. We have the potential to be reconciled with the Creator because of the Creator’s sacrifice. That isn’t to say that other things are not important. I believe in the doctrines of the SDA church and live by them. Obviously I think they are important. But I don’t get them confused with the gospel of Jesus Christ. Doctrine is a consequence of the gospel. It is derivative of the gospel. Following the rules is a result of the fact that I believe the gospel. But it is not the gospel itself. Furthermore, I believe that we actually do a disservice to the gospel when we attempt to equate the rules with the act that allows us to keep them. Instead of exalting the gospel in its purest form as a singular point of commonality in Christendom, we end up cheapening the gospel and making it the subject of our petty denominational squabbles. Instead of the sharing of the gospel becoming an instrument by which we draw others to Christ, we turn the gospel into a weapon that we use against others. Some have used the gospel to foment discord and division. Idiosyncratic, overly detailed definitions of the gospel have led us to the self-exaltation of rightness - holding ourselves and our group above even other believers.  This is not the purpose of the gospel. The gospel makes us the equal of every human being, believer or not. The gospel helps us all to see our need for the Savior; God made man, the Word made flesh that came and redeemed us.

Jason Hines is an attorney and doctoral student in Religion, Politics, and Society at the J.M. Dawson Institute of Church-State Studies at Baylor University. He blogs about religious liberty and other issues at http://thehinesight.blogspot.com.