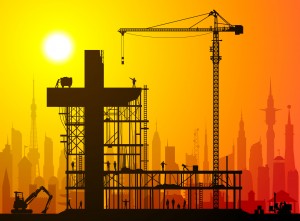 Several months back a website commenter asked: “why do the "non-traditionalists" think the church should exist. … those calling for change in our beliefs should at least have a clear idea of why the church should exist. If one doesn't know why an institution should even exist, it's hard to take them seriously on how it ought to be changed.” I suppose I would be classified by many readers here as a “non-traditionalist” but I don’t, of course, speak for anyone but myself. Still, I do have a vision of why Adventism should exist – and it is probably somewhat different than a member who would label themselves as a traditionalist. One problem I have in articulating that vision is that I don’t think there should necessarily be any difference in the church’s raison d’être between these two categories of Adventist. What I wish to do in this essay, then, is simply explain my perspective in the hope that further, productive conversation might ensue on this important subject.

Adventism began with its full focus on eschatology. It added the distinctive Sabbath doctrine and named the church to encapsulate these two emphases. Ever since – reinforced in part by the church name – Adventism has prioritized these doctrines. But what I haven’t ever seen the church do, in my experience and reading of its history, is seriously ask what a Christian church ought to be, ought to prioritize on, in order to be – best.

This word best must, of course, describe the fulfillment of some goals – some aspiration of what God’s church on earth ought to be. And how Adventism would embody that. So I now dare to first suggest that there are two distinct and foundational goals that all Christian churches should aspire to:

1)      World salvation: people face both temporal and eternal death. The church is called to communicate good news – that God has provided a way of salvation, leading to eternal life. People making this conversion, sometimes theologically labeled Justification, are often led to their decision by a dedicated church, using methods sometimes called evangelism. The Bible teaches that there is a judgment event that rings the curtain down on this current world, beginning a new world environment – post sin. Two of the (I suggest) poorly recognized consequences of this are:

b.      the activities employed in fulfilling this goal ought to be pragmatic (although always ethical).

Sometimes Christian organizations enshrine methods they have historically cherished without asking whether they continue to support the fulfillment of this first goal. If so, they have failed to distinguish between means and ends. And whether a means remains useful likely depends on the cultural context. What works in Mali probably won’t work in Manhattan.

2)      Human flourishing: the Greeks have a word for this – eudaimonia. A partial synonym, in more overt Christian terminology, might be the word sanctification. The church is called to model and instruct both adherents and perhaps-skeptical non-believers in how we ought to live in order to have a fulfilled life. Eudaimonia => human flourishing. And the understanding and implementation of this is not temporary. It begins for us now and continues throughout eternity.

I suggest three guiding principles. They ought not to be controversial, but probably are for some.

1)      All doctrine is tentative. Only God is infallible and while He has provided us with trustworthy revelation that does not mean we always properly understand it. Thus there always must be, at least in theory, the possibility of doctrinal revision. Obviously some doctrines are clearer than others. But there is no position the church holds that should be off limits to investigation. This does not mean that the church cannot vigorously express its beliefs, just that dissent ought to be considered carefully and dissenters handled cautiously. All to recognize the frailty of human understanding.

2)      Knowledge comes from two potential sources: a) revelation; b) the environment around us. We try to synthesize knowledge via reason and our internal moral compass. And, as God is not schizophrenic, these two knowledge sources ought to agree. When they apparently don’t we need to recognize that the failure to resolve them comes from our limitations and the possible mistake might be misunderstanding of either knowledge source.

3)      The church should always be truth-seeking. It ought to recognize both its high calling and human limitations. Thus it should be trying to always compare its current views to whatever new light comes along – including trying to distinguish true light from false. And light can originate from either knowledge source. This is complicated and difficult, given human limitations and sinfulness. Truth is not a moving target, but our understanding of it is, and we need to recognize the difference.

The Ideal and the Real

Humans lack a God’s-eye-view. Thus, even if an ideal is universally agreed upon (unlikely), execution of an organization toward that ideal will fall short, probably far short. Given this gap, it might be asked whether discussion of what the church should be like is wasted effort. Are proposals like this just the result of navel-gazers with too much time on their hands – time that would be better spent in sleeves-rolled-up action to save a world going to hell? The answer should be obvious but I raise the question to speak to the likely well-meaning critics who may have a bias for action and low tolerance for abstract analysis. The humorous maxim of “Ready, Fire, Aim” captures the problem of action coming before goal identification. Viewed this starkly such an approach is self-evidently ridiculous. Ideals truly matter and failure in clarity will result in misdirected action. Faulty humans just compound the problem of mistaken action and ineffectiveness. But recognizing that we often fail is no excuse for not properly identifying the goals.

I first expect disagreement with respect to what the goals and foundational operating principles of Adventism ought to be. Fine. Let the dialog begin. But here I wish to assume that the above position is essentially sound and opine how well we have done as a church, evaluated by the above metrics. I am not trying to exhaustively analyze this. At minimum, space constraints prevent me.  I will just suggest two points now in an attempt to stimulate your thinking.

·         Perhaps the most fundamental concern I have is what appears to me to be Adventist leadership’s almost total lack of identifying what the organizational goals ought to be and whether or not we are on the right track. What I have seen is confusion of ends and means. The church seems too often to believe that our mission is to convince the world that we are exegetically correct – especially about our namesake doctrines. This I fear has become a consuming end when in fact (so I say) some doctrines actually instead are means. This confusion can lead us to emphasize things because we always have done so and thus are part of our identity, rather than first determining whether they meet the above goals in the context of time and place where they are being applied.

·         One implicit but very important tenet I believe Adventism has tried to convey throughout its history is – a pursuit of truth. The ostensible reasons for emphasizing Biblical correctness is that “getting it right” will help erring humans keep from straying off of the road God would want us to follow in the present day – both to improve the chance we will be saved into eternal life and also to live today that abundant life God wishes for all His people. This focus on a truth-quest was articulated early in our history in the context of understanding the Bible rightly. I think, in practice, we have often slipped into legalism and triumphalism – happy that we have “the truth”. But whatever shortcomings might have occurred, I also believe Adventism’s implicit quest for truth is real and resonates deeply in the human soul. It has been a major emphasis of the church and is a significant factor in whatever success we have had in persuading the world we have something important to offer.

I do expect a lot of disagreement with what I have written here, although I don’t think it ought to be controversial. Probably some of the most fundamental disagreement between myself and so-called traditionalists is the degree of emphasis we have placed on many of our historic “pillars” without subjecting them to the test of pragmatism. In fact, I would expect the whole idea of pragmatism to be considered suspect. I think my overarching principles of “world salvation” and “human flourishing” intersect when church members work lovingly to meet the needs of their neighbors and model an inclusive community whose barriers to entry are no higher than mandated by the gospel. This is easy to say and hard to do. But our attention to correctness, however abstractly laudable, can produce adherents who are proud of their accomplishment in having chosen the right church rather than being people who have a heart for the felt needs of those around them.