Why Don’t You Just Leave? 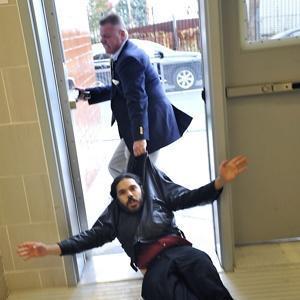 Comments on this website frequently involve traditionalist and non-traditionalist[1] Adventists sparring in disagreement over various topics Adventisty.  And, on occasion, I’ve noticed a few conservative commenters asking their more liberal counterparts – those who are church members – why they remain Adventists at all? It seems to these enquirers that the views expressed by those liberals are sufficiently heterodox that they have effectively ceased to be SDA. And, if so, why remain members?

o   “I'm not sure why an infidel would want to remain in a particular church if they no longer believe in their core doctrines.”

o   “Isn't surgery a proper treatment of a cancer to preserve the rest of the body? You can call yourself anything you like, but that does not necessarily make it so. If you don't like or accept the rules of the club (or in this case, the church), then find another club.”

o   “If they are unhappy, there are many other religions out there that I am sure goes along with their beliefs that would be more than happy to accommodate them. (Except that won't happen, as they prefer to stay put, complain, and agitate those who truly believe the Adventist message.)”

o   “If I felt as strongly as some Spectrumites do with respect to doctrine I doubt that I would be content in an SDA church. It seems they would be happier in a church without any discernible standards.”

Many responses I’ve read to comments like the above complain that the authors are harsh and exclusivist. Such a question contains an implied (or explicitly stated) judgment – you are not a true Adventist. So there is often a visceral reaction. And some – certainly not all – of the questioners are militant in their view that heterodoxy should not be tolerated. For example:

o   “If you think Darwinism is true, you shouldn't be an Adventist; I know I certainly would not be, and I have no small amount of contempt for the psychologically weak individuals who want to retain ties to the church while rejecting its doctrine and the reason for its existence.”

If my above characterization is at all accurate then, at minimum, there is a large communication disconnect.  What seems to happen, over and over, is that the conservative and liberal just talk past each other.

First, I would propose that any harshness by the questioner be separated from the question itself. Some people apparently just cannot engage others without being offensive. And this unlovely trait can apply to both liberals and conservatives. When this happens emotions rise and the actual question can get lost in the resulting ‘heat’. No one likes to be attacked. But the shortcomings of the questioner do not invalidate the possible legitimacy of the question. So let’s first strip away this unfortunate descriptive component.

Next I will claim that the basic question, as formulated by the traditionalist is, on its face, a reasonable one. I see a genuinely puzzling dilemma that the conservative is honestly asking of the liberal. Why would you want to be here? Here is an example with no harsh embellishment:

“It's quite simple, really. If they don't believe any of those things then they aren't Seventh-day Adventists. The SDA Church has some core beliefs, as do most other churches …. If one does not accept those doctrines they should find a church which has doctrines which they can accept.”

This is straightforward, almost to the point of being like an algorithm:

If X then Y else Z. If you believe SDA doctrines, then you can be a member, otherwise you should not.

Who could argue with that?

Arguments can be invalid and/or unsound. Invalid means the conclusion doesn’t follow from the premises. Conversely, an unsound argument has problematic premises. I contend that the problem with this argument is not invalidity, the problem is that the premises are loaded up with assumptions made by the questioner but not necessarily agreed with by the one being questioned.

What then are these – usually hidden – assumptions? I suggest four:

1.       True Adventism corresponds to the beliefs held by the questioner (traditionalist). Thus the rejected beliefs really are heresy.

2.       The current positions defined as Adventism (e.g. the 28 beliefs) are correct. Thus any different position is a move away from truth.

3.       The belief being criticized is a pillar and thus crucial to Adventism. Consequently questioning it is tantamount to questioning Adventism itself – something no true member would do.

4.       (optional) People who hold positions different from the questioner are not serious about their Adventism. They are “cultural Adventists” rather than dedicated ones.

If you accept such implicit premises then the question really is a no-brainer. Heterodox, perhaps even Laodicean Adventists, disbelieving pillars that are God’s truth, don’t have valid reasons for remaining in the church and ought to leave.

But, of course, the argument becomes unsound if these unspoken premises are sufficiently problematic. What then might some of the problems be?

o   Boundaries:  all groups have limits, outside of which one is not a member. The issue is how precise the boundary ought to be defined. A reasonable degree of latitude should be maintained, I believe, first to allow an individual time to safely reflect on whether they truly believe a teaching or not; second to provide enough space for an individual or group to probe a currently-held doctrine without immediate negative consequences. Asking one to leave implies the boundary is clear, it has been breached, and no more latitude is warranted.

o   Essentials: Adventists have 28 fundamental beliefs but not all are equal and few churches are likely to disfellowship a member who doesn’t support all 28. So how much adherence constitutes an acceptable Adventist? One of the examples I gave said “If they don't believe any of those things then they aren't Seventh-day Adventists”. But it is unlikely that the target liberal doesn’t believe “any of those things”. Characterizing it like that is inaccurate and results in a straw-man. And, isn’t it likely every Adventist weighs the belief set differently? For example, I personally do not consider the eschatological parts of Adventist doctrine very important, even though I recognize their historical centrality. But I hold the belief in a non-everlasting Hell highly important, as it speaks to God’s character. And I clearly understand that there are many others for whom end-time events are central to their Adventism. At what point should our different weightings cross a line into unacceptable territory? At minimum, this is a complex issue. Yet the “why don’t you leave” question begs this complexity and assumes the questioner has the right to define essentiality.

o   Homogeneity: There is something comforting when everyone is in agreement. We tell each other the same narrative and are mutually satisfied that it is true. The more dissent is suppressed the more homogeneity reigns supreme within the group. Possibly to the point of insularity. One way to solve the problem of annoying heterodoxy is to get rid of it. And sometimes that is necessary. But there is value in disagreement when it forces us to reevaluate our core beliefs. All groups need that to remain vibrant.

o   Truth, progressive or static?: we can have God-revealed information yet the church may not understand everything correctly. Consequently doctrinal change is possible and can be legitimate. We may understand everything correctly but humans are fallible – so we may not. And we ought not to presume that what the church presently holds as orthodox will always be so. Obviously some doctrines are highly unlikely to be overturned, yet the questioning heterodox individual or group might be right in some cases and the current norm wrong. There needs to be enough safety and time allowed for vigorous dialog and some minority views ought to be tolerated at length. Which is better? Tolerating some heresy or possibly closing the door on some truth?

The problem then, as I see it, with the “why don’t you leave?” question is not that is always inappropriate, rather that it is not always appropriate. Yet the questioner, by asking it, makes the assumption that it applies to this case, to this individual. That is likely to be inaccurate and unfair. A better question to be asking of the presumably heterodox Adventist is: What about Adventism is valuable enough for you to want to be a member?

[1] I regret having to use labels such as “traditionalist” and “non-traditionalist”. I realize such labels are quite inexact and often used pejoratively. It’s just that there is little alternative to the value and brevity of hanging some short word-cluster to identify a group. But I recognize the limitations.