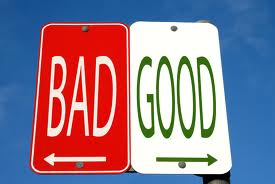 Christians in general, and Adventists in particular, often have contentious discussions on how to understand scripture as it relates to the physical and interpersonal world. Within Adventism prominent hot button issues are: homosexuality, role of women and faith & science. The positions we form depend, at minimum, on two general categories: evidence and argumentative method (how we reason out the argument). Both can have problems independent of each other. And it is certainly possible for someone to be arguing for a view that ultimately will be recognized as correct, but use methods that are problematic. That is, one can be right but for the wrong reasons.

An example – I say – of faulty method is the following Faith/Science argument:

- The way science works is that the theory determines the data sought, and also determines the interpretation.  The theoretical framework is more important than the facts, because the theory creates the facts. As a consequence one can have the same evidence fit successfully into quite different interpretations – such as Young Earth Creationism vs. long age / evolution. Same evidence, different interpretation – but both can be consistent. It depends on what your model is.

Now it is certainly true that evidence needs to be put into a framework before it can have explanatory power, or have the framework be testable for possible falsification. But is the information mined from our environment sufficiently malleable that it can ultimately fit even contradictory models?

Sometimes dilemmas can become clearer if we transplant them from contentious contexts into a more neutral setting. And it can also be constructive – if used carefully – to consider examples that are less ambiguous than the one actually being considered. This is the point of making analogies. We have a situation where the better choice is not clear, so we try to reinstantiate the salient ideas into a different context – where the better choice is clearer. This can be helpful as long as the two contexts really are analogous. But since we have changed the context and probably also simplified the details, there is a risk that we will create a bad analogy and thus not gain correct insight.

However, toward this end of better understanding whether the above viewpoint is valid or not, consider the following ‘fable’:

Once upon a time there were two women, Mrs. Morris and Mrs. Field, who were next-door neighbors and best friends. Each had a teenage son, and these boys were also best friends. The boys always went to church, got good grades, were well-behaved towards others, and were obedient and helpful around the house (at least as much as one could reasonably hope for, when it comes to teenage boys). The two women were justifiably happy that their sons were such good boys.

One day when Mrs. Field was visiting Mrs. Morris, some policemen stopped by with bad news. Their boys had been arrested for shoplifting in the mall. A shop security guard had clearly seen the boys sneak several items into their pockets. "Oh no, I'm sure they didn't mean to steal," the women said. "Maybe it was a joke or a dare, but they would have given it back before leaving the store. They don't steal. They're good boys."

The police explained that the security guard had called the police. When the police searched the boys, they found merchandise from several other stores hidden in their pockets. "There must be some mistake," said Mrs. Field. "Are you sure they didn't pay for that merchandise?" "My boy wouldn't steal," said Mrs. Morris. "He's a good boy."

The police explained that they had already watched video surveillance tape from the other stores -- tapes made in the hours preceding the boys' arrests. Several of the tapes clearly showed one boy pocketing merchandise while the other boy created a distraction, and then both of them walking out of the stores without paying.

"Oh dear," said Mrs. Field. "That does sound serious. I can't understand why my boy would steal. I need to talk to him to find out more."

"No no no," said Mrs. Morris. "My son is a good boy. Good boys don't steal. There must be another way to explain all of this. Maybe it was part of a school project or something. Even if he did walk out of stores without paying for merchandise, which I'm not convinced that he did, he was surely planning to give it back before leaving the mall."

"Oh yes, we'd better search," said Mrs. Field. "I want to know if it's true that my son has shoplifted." She and one police officer went next door to search the Fields' garage. But Mrs. Morris refused to let the police into her garage, and continued to argue with them.

A few minutes later Mrs. Field came back, with a police officer holding a bag of merchandise (price tags still on) from various local stores. "It's true," she cried to Mrs. Morris. "I've seen it with my own eyes. You should look in your garage, to find out for sure if your son has been stealing, too."

"Of course he hasn't," said Mrs. Morris. "My son is a good boy, and good boys don't steal." But Mrs. Field was no-nonsense. She grabbed Mrs. Morris by the wrist and dragged her to the Morris' garage. "This is for your own good and the good of your son," she said as she pushed the spare lumber aside and revealed another stash of merchandise. "There. You see with your own eyes the evidence that your son has been stealing."

"This doesn't prove anything. It could have been planted by someone else," said Mrs. Morris. "Or he could have paid for it and was hiding it because he was going to give it to me as a gift. My son is a good boy, and good boys don't steal. Only bad boys steal.

"I'm not saying that our boys are bad," said Mrs. Field. "A son can be basically good, but still do something wrong once in a while. I still think they're good boys, but it's obvious that they've been doing a little shoplifting, so we've got some serious work to do with them! You're only harming your son by denying the truth."

"There are only two kinds of boys," said Mrs. Morris. "Bad boys, and good boys. Bad boys steal. Good boys don't. I know my son is a good boy. Ask his pastor. Ask his teachers. Ask all around the neighborhood. He's always been good around me and everyone else. You've said it yourself many times. I've got lots of evidence that my son is a good boy. Therefore, he didn't steal anything.”

"But look at the evidence," said Mrs. Field. "The security guard saw them. They had merchandise in their pockets. They were caught on video tape. Each has obviously hidden stolen merchandise in our garages. The evidence is clear."

Well, that was a long read I’m sure. The author is not, of course, discussing teenagers and crime. He is using an analogy from a situation where he feels the “right answer” is clear, to try and draw a justified conclusion about a different, less clear situation, but presumably one similar in its essentials.

Your reaction is likely to differ somewhat depending on whether you are favorable to the original argument at the top of this article. If you are then you might feel discomfort with the author’s intent, because he is trying to discredit your original view about evidence and interpretation in the Faith/Science context by claiming it is sufficiently like this story. And with this story you might find yourself reaching the opposite conclusion about evidence and interpretation. Then there is dissonance as to whether your original perspective was valid.

I would like to end with a set of questions to help each reader in evaluating carefully.

1)      Do you agree with the original view of Same Evidence, Different Interpretation – when applied to the Faith/Science context?

2)      Do you feel that the author has succeeded in discrediting the Same Evidence, Different Interpretation idea in the context of his Good Boy / Bad Boy story?

3)      Do you feel the analogy between the story’s context and Faith/Science was a good one? If so, why?

[1] This story is taken from here: http://gondwanaresearch.com/hp/evidence.htm which contains no further attribution. I believe the author is Dr. Loren Haarsma, of Calvin College, MI, who has also co-authored a book “Origins: A Reformed Look at Creation, Design, & Evolution- http://www.amazon.com/Origins-Reformed-Creation-Design-Evolution/dp/1592552277/ref=sr_1_1?ie=UTF8&qid=1357675483&sr=8-1&keywords=Origins%3A+A+Reformed+Look+at+Creation%2C+Design%2C+%26+Evolution