Life Lessons From the Crocodile Hunter

Life Lessons From the Crocodile Hunter 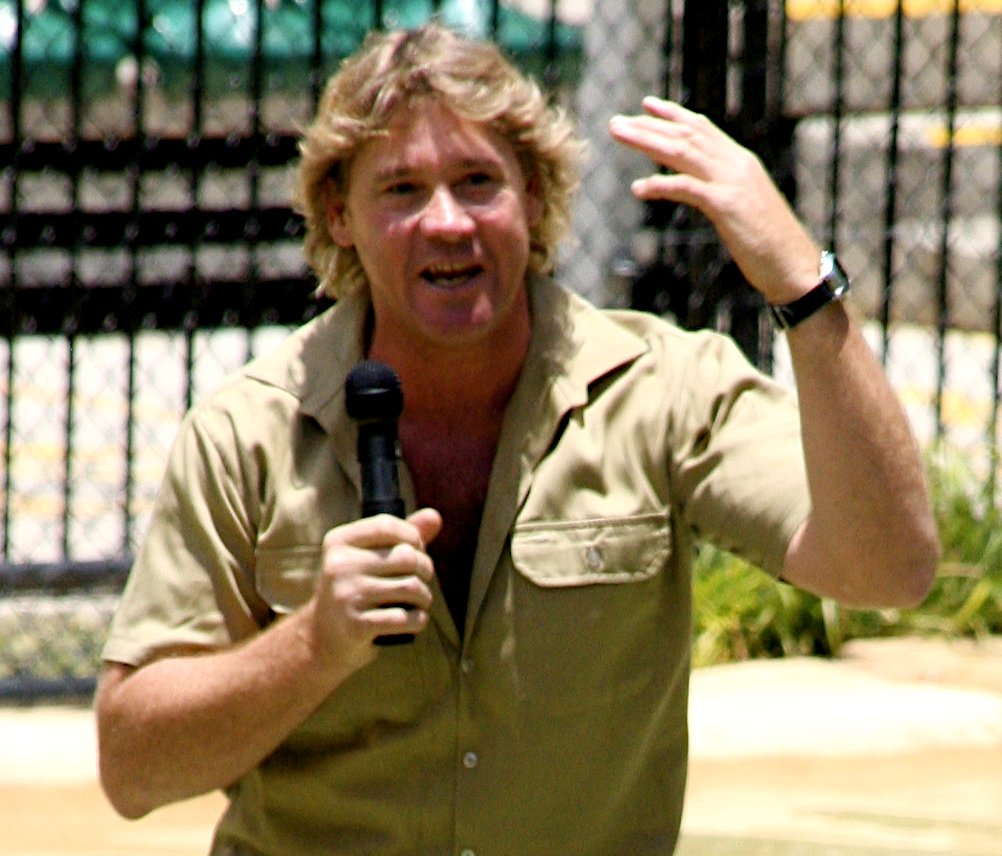 I’m not an avid nature enthusiast, but I always cherish opportunities to get closer to God’s creation. I’ve made my fair share of treks to the Chattanooga and Shedd aquaria, and plan to visit the world’s biggest in Atlanta in the off season when I can appreciate the multitude of specimens in relative quiet. I’ve visited a few botanical gardens, from the grandiose assortment at Kew in the United Kingdom to the quaint collection in Huntsville, Alabama, where I currently reside.

I’ve also been to a number of zoological gardens. I guess my first was Chessington during my infant years in London. And then there was the now extinct Kingston zoo in the heart of Jamaica, which I visited with my oldest sister, Claudette, when I was eleven, and watched as zoo-keepers chased a monkey who had escaped during feeding time (I was glad it wasn’t a lion). When we resided in Evanston, Illinois, the family would frequent the Brookfield Zoo, and we couldn’t pass up the opportunity to visit the wildlife in the St. Louis Zoo in 2005, while we were attending the General Conference session.

My personal best zoological experience was actually a safari at the Hwange National Park in Zimbabwe. I saw the big five: a pride of lions lazing in the morning sun as we entered the gate-less park; scores of elephants, one of whom attempted to charge Victor Hangala’s Toyota minivan when we got too close for a video shot; the shaggy herds of buffalo roaming the plain on a seemingly endless mission; the lone leopard lazing on a limb of a looming tree; and the solitary white rhino who appeared from nowhere in the distance as we planned our exit–as if he were especially appointed to ensure that we did not leave the safari disappointed.

As fulfilling as these exposures to the undomesticated species of the animal kingdom have been to me, I will always treasure the moments I used to spend with my son Kaleem watching the exciting documentaries on Discovery Channel’s Animal Planet. Without a doubt, the most thrilling was “The Crocodile Hunter” with Australian scientist, conservationist, and dare devil, Steve Irwin. Steve Irwin provides opportunities for viewers to vicariously fulfill their wildest fantasies of getting up close and personal with some of nature’s wildest beasts. Known best for his intimate friendship with the crocodiles at his Australia Zoo, Mr. Irwin also ventures into the jungles of South America and the forests of Africa where he charms venomous snakes, handles rat sized hairy spiders, and cuddles other creepy creatures seen only in nightmares.

On Monday, September 4, 2006, while filming a children’s documentary in the Great Barrier Reef, Steve Irwin fell victim to the poisonous puncture of a stingray’s barb. Although his crew worked frantically to preserve his life, he was dead on arrival to the hospital. It’s ironic to the point where it almost seems cruel. This courageous Australian who had braved paths that few dare to venture was assassinated by a creature that–though poisonous–is generally considered safe by the thousands of scuba divers who feed them by hand. In fact, according to reports, Steve Irwin is the first person since 1945 to be fatally wounded by this fascinating creature in this region of the world (there have been 17 others world wide since 1996).

When my son heard the news of Mr. Irwin’s death, he refused to accept it. “The Crocodile Hunter” had been a part of his reality for so many years, and had been the inspiration behind his collection of exotic spiders, snakes, hermit crabs, giant ants, parakeets, and tropical fish. I’m sure the dark cloud that covered my home also affected tens of millions of others around the globe. We will all miss the man who’s near fatal encounters were accompanied by the exclamation, “Crikey!”

But even as we mourned, we realized that the ones who will miss him most are his wife, Terri, and his two children, Bindi and Bob. Most of us knew Mr. Irwin through the silver screen, and will always have the opportunity to watch reruns, but his flesh and blood will be forever deprived of his flesh and blood. The only consolation they have is in knowing that he died doing what he loved. He died in an attempt to share the beauty and mystery of God’s creation with the hundreds of millions who will never get the opportunity to visit the Great Barrier Reef. He died with the hope that his respect for nature would encourage others to become responsible stewards of their environments. He died on a mission.

Steve Irwin had found his purpose in life–a purpose he inherited from his parents; a purpose he shared with his wife and bequeathed to his children. I don’t know about you, but if death knocks on my door before the glorious return of our Savior, I pray that it finds me fulfilling my purpose. I trust you have found your purpose in life. More importantly, I hope you are “living” your purpose. Or as Rick Warren would refine it in his best selling book, The Purpose Driven Life, I pray you have locked into God’s purpose for your life. As you join me in remembering the life’s work of a spectacular human being, always remember that “a tree is known by its fruit.”