Forum in Chattanooga to Examine the Christian Divide

Forum in Chattanooga to Examine the Christian Divide 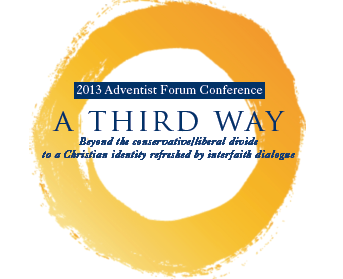 A national conference in Chattanooga this weekend is holding up a mirror to Christianity.

The faith, according to speakers at the 2013 Adventist Forum, has become a tug of war between conservatives and liberals, with the result being a stagnant faith that wins over no one.

The title comes from ideas in conference speaker Brian McLaren's recent book, "Why Did Jesus, Moses, the Buddha, and Mohammed Cross the Road? Christian Identity in a Multi-Faith World."

The tug of war, according to the author, a former English teacher and pastor and now an ecumenical activist and theologian, has created liberal and conservative versions of God.

"It leads some Christians to act as if big government is a problem, but not big business, and others to act as if the reverse is true. In the end, it makes both sides too often seem more like chaplaincies to political parties, or worse, it keeps people who should be agents of justice and peace silent, safe and afraid of offending anyone."

Chattanooga resident and conference participant Amin Issa said earlier this week that conservatism and liberalism, "which argue [interfaith] issues from core tenets backed up by evidence, rather than just mood and feelings," are valid.

"However, if interfaith relations become instinctual and primitive, relying on nothing more than emotions," he said, "we're going to continue ending up with misunderstandings and friction."

The third way referred to in the conference title is that Christians would have such a strong identity in their faith that they are open to the good in other faiths.

"It's often only in an encounter with another that we see ourselves," McLaren said. "For example, until you learn there's something called Spanish or Chinese, you are hardly aware that you speak English. You just think you speak 'human.' In encountering religious diversity among [people of other faiths], we can learn skills necessary to deal with religious diversity among [fellow Christians]."

In one such recent incident in Chattanooga, a Church of Christ minister asked a congregation member to repent for supporting her daughter's homesexuality or be banished from the church.

Issa said the case is not cut-and-dried and likely would not be found to be so among those attending this weekend's conference.

"Any religious interpretations that lead to discrimination and segregation will likely be denounced theoretically from a humane standpoint," he said, "but I think conference attendees will still allow for the notion that different denominations and congregations have the right to define the criteria for who they want their membership to consist of."

However, McLaren said Christians and churches must be careful "to claim to know the complete and accurate list of moral absolutes in the universe."

"That sounds dangerously like grasping for the tree of knowledge of good and evil, which didn't turn out so well, biblically speaking," he said.

But issues of homosexuality and homosexual marriage, McLaren said, give people an opportunity not to condemn but "to think afresh about human identity, gender identity and social identity."

"It gives us a chance to grapple with the problems of heterosexual marriage, and the realities of something like 6 percent of our population who are not heterosexual," he said. "But sadly, we've simply made it a wedge issue for voters and a battle line in churches."

In many cases, she said, the word "Christian becomes kind of a [negative] code word I don't recognize in myself. The nuances that exist in Christianity ... are a lot more naunced than they are given credit for."

"The conference," she said, "is about helping us understand [each other] a little better. In doing so, it helps us understand ourselves, too."

What: National Adventist Forum, “A Third Way: Beyond the Liberal/Conservative Divide to a Christian Identity Refreshed by Interfaith Dialogue.”

9-10:30 a.m.: “The Liturgical Challenge and the Missional Challenge,” Brian McLaren (with responses)

8:30-10 a.m.: “Risking Transformational Friendships: Between the Fears and Fantasies of Interfaith Relationships,” Ryan Bell (with responses)