Annual Council Diary IV: On to the Fundamentals

Annual Council Diary IV: On to the Fundamentals 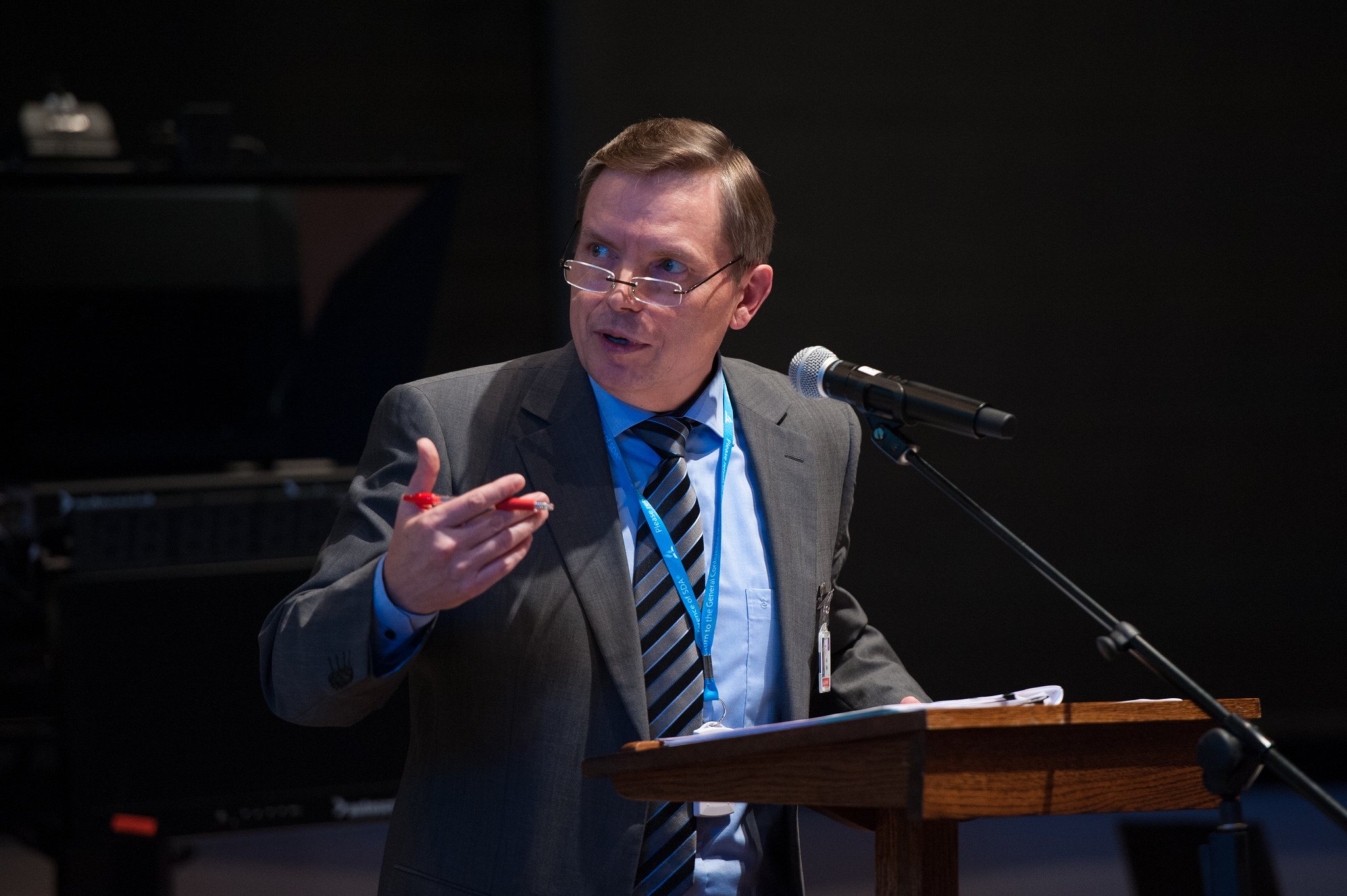 Numbers and words topped Sunday’s agenda during the first business sessions at Annual Council. But really it was all about people. As Division presidents introduced new Executive Committee members, the governing body welcomed the first delegate, a woman, from the Chinese Union Mission.

The numbers were those disclosed by Secretary G.T. Ng in his report on Church membership statistics. With the million plus people that were baptized in 2013, the church membership now stands at 18.1 million. However, Ng also told the audience that the studies of member losses over the past 40 years show an accumulated loss rate of 35.73 percent. This is a persistent problem of nurture and retention that needs to be addressed, he said.  On the screen behind him, slides popped up with the old advertising slogan, “It’s 10 pm, do you know where your children are?” and then the comedic response, “It’s 10 pm, do you know where your parents are?” and finally Ng’s question to the church leaders, “Do you know where your fellow believers are?”

Jiwan Moon, the director of public campus ministry, used comparative numbers to bring attention to the people groups that he serves. There are 22 million students attending colleges and universities around the world, he said, and that number is forecast to double by 2025. Only four major cities have more people than the universities. “If I told you to forget about your cities, because there is no man power to reach them, what would you say?” He described the vision of transforming Adventist students on public campuses into missionaries through intentional mentoring and discipleship. He said that a summit will be held at the General Conference March 4-8, 2015, and from that summit will come a manual called “Follow Me” for training students. Baptism of students is not the end, it is just the beginning, he noted. Students must be taught, trained, and discipled.

The Ellen G. White Estate announced several initiatives to commemorate the 100th anniversary of the death of the Adventist prophet in 2015: An Ellen White Pathfinder honor earned by playing a computer game; an iPhone app that allows users to search, highlight and print material from her books in multiple languages; a new EGW devotional; a book that provides context for her writings edited by Merlin Bert; a new Ellen G. White Visitor Center in Silver Spring; and a Gift of Prophecy symposium to be hosted by Andrews University in October 2015. James Nix, the secretary of the White Estate, told stories of Mrs. White’s hands writing, writing, always writing. Interspersed through the stories were announcements of the Estate’s upcoming events. “We have a great love for the Spirit of Prophecy,” said President Ted Wilson as he introduced Nix. That has certainly been evident at this meeting, as seemingly every person stepping to a microphone has quoted White’s writings.

Discussion of the proposed edits in the Fundamental Beliefs took up the bulk of Sunday afternoon. Both session chair Ella Simmons and President Ted Wilson made the point that the beliefs are not being changed. Rather, the wording in 21 out of the 28 is being adjusted to make them clearer. Wilson provided the background for the changes by noting that at the 2010 General Conference Session, delegates approved a motion from the floor that the Affirmation of Creation Document (voted at the 2004 Annual Council) be integrated into Fundamental Belief #6, which deals with Creation. A committee was subsequently formed to review all of the beliefs for possible edits as well as to accomplish the voted action. Artur Stele, Ángel Rodríguez, Gerhard Pfandl, and Bill Knott were named to the committee. They announced a year of listening from October 2011 to October 2012 to allow Adventists around the world to respond to the proposed changes and make proposals of their own. The committee’s initial re-wordings were shared with the 2013 Annual Council and critiqued. The updated revisions came to delegates today for discussion.

When the floor was opened for comment, General Conference archivist David Trim was the first to the microphone. He said that the recommendation voted (at 2004 Annual Council) represented a reading of Fundamental Belief  #6 on the Creation in ways that were not intended, and that the proposed language opened up another loophole when it describes “a week as we experience it today.”

Artur Stele replied that the writing committee was trying to avoid saying 24-hour days, and still introduce the intentions of the 2004 document. “This was the best we could come up with,” he said.

Shirley Chang questioned the use of the word “recent” in Belief #6.  “Recent to what?” she asked.

Former Trans-European Division president Bertil Wiklander expressed his disappointment that the language of the Bible that was used in the Beliefs as drafted in 1980 did not remain in Belief #6. Wiklander reiterated that the word “recent” is not biblical.

Members of the writing committee noted the challenge of the original assignment to combine the Affirmation of Creation document with Belief #6, as did President Wilson when he went to the microphone to comment on the work of the committee. “We are not wanting to do anything that is anti-biblical, he said. But the Spirit of Prophecy is very clear, creation was recent. “It is a way of saying short timeframe. It is talking about Young Earth Creation. Old Earth or Deep Time is the opposite of what Adventists believe. We do not believe in Deep Time.” He also noted that another misunderstood word is “literal,” and that words can be interpreted in multiple ways despite efforts to make them as clear as possible.

A delegate from the North American Division challenged the committee’s move to bring gender neutral language to Belief #1 on the Holy Scriptures. He questioned changing the word “men” in “holy men of God who spoke and wrote as they were by moved by the Holy Spirit”. The suggested rephrase is holy “persons”. He did not see the necessity for the change given that it was men who wrote the Bible.

Ángel Rodríguez responded that care should be taken in what was assumed. “A good case can be put together that Esther was written by Esther.”

Clinton Wahlen also had questions about the wording in Belief #1 about the Holy Scriptures. Proposed language describes them as “the final, authoritative and” the infallible revelation of His will. And later as the “definitive” revealer of doctrines. Wahlen found that inconsistent with the language in Belief #18 on the Spirit of Prophecy where Ellen G. White’s writings are said to, “speak with prophetic authority and provide comfort, guidance, instruction, and correction to the church.”

Ed Zinke had a list of suggestions for many of the Beliefs as well as general comments. He noted that there is not section on the doctrine of sin. “Sin as a transgression of the law should be in the document,” he said. He also wanted it to be made clearer that the purpose of doctrine is to know God personally, and the purpose of Scripture is to introduce us to God.

With the suggested changes piling up, Chair Ella Simmons looked to the writing committee for an estimate of the time that would be needed. Stele replied that the evening and morning would be required, so the item will come back to the assembly on Monday afternoon.

Bonnie Dwyer is the editor of Spectrum Magazine.