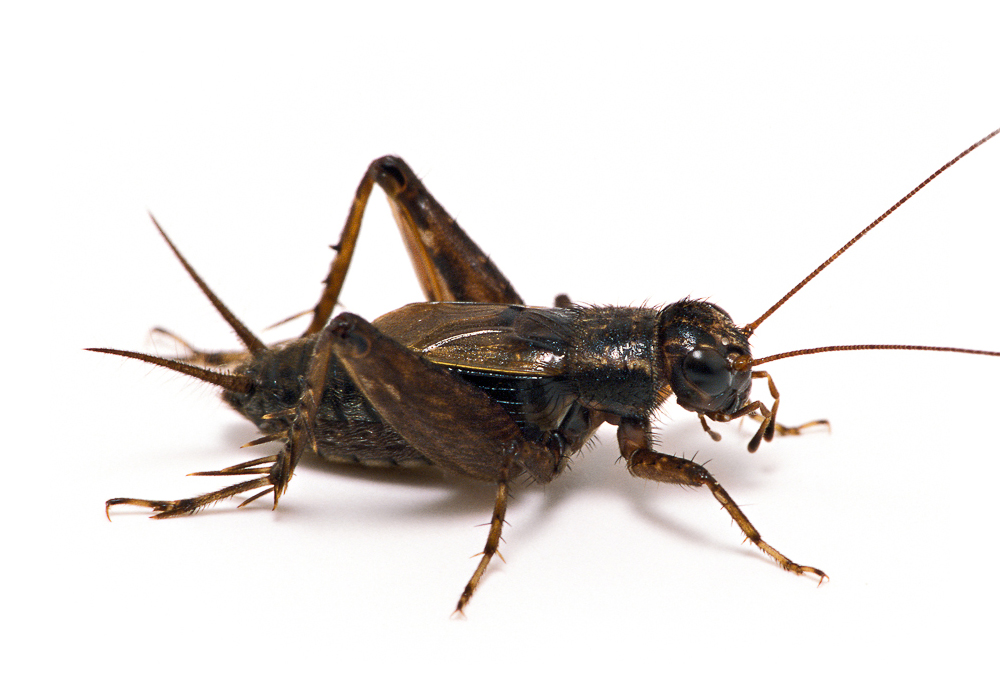 It seems that two species of male crickets in Hawaii have evolved an inability to sing so that they can escape killer flies. When I read about their plight on the BBC website under the headline “Crickets in two places fall silent to survive” it made me think of Adventist scientists. While it has always been difficult for them to talk about evolution in our creation-based Adventist culture, the recent International Conference on the Bible and Science in St. George, Utah seems to have brought the conversation to a crashing halt. To survive as an Adventist church member, there will be no singing about evolution.

How did we get to this point of not being able to talk to each other about something that means so much?

Ten years ago a series of conferences were held in Utah and Colorado, sponsored by the Geoscience Research Institute based in Loma Linda that began a significant conversation about faith and science. The 2003 conference in particular included a wide variety of voices in panels, presentations, and responses. It was an exciting time to see the number of scientists and theologians coming together to explore ideas.

The following year, in 2004, there was a strong conservative push at the meeting to change Seventh-day Adventist Fundamental Belief #6. The vivid memory that I have of that conference is then-President Jan Paulsen addressing the assembled body and saying, “You are not here to change the Fundamental Beliefs. That is not why you have been brought together.” (That is my memory of what he said, anyway.)

What surprised the academics who were invited to Utah this year was the amount of secrecy that surrounded the proceedings. One scientist in attendance said:

“The materials of the conference were posted on a website, and we were all given a password and told not to share it with anybody. They didn’t give any reason for the secrecy except that a couple of the scientists’ presentations included unpublished material that shouldn’t be shared until they published it. But there was no other reason given for the secrecy. Then it came out that someone had published somewhat inflammatory material about the conference.

Tim Standish, of the Geoscience Research Institute, said:  ‘You have all promised not to share this and so whoever did this is dishonest — they’re lying. We’re going to give you a new password and we don’t want you to leak this or share this information with anybody else.’ I really didn’t see any need for the secrecy. If the presentations were appropriate for us, why would they not be appropriate for the whole church?”

The question is a good one, considering that the first recommendation listed in the resolution voted at the end of the conference was the need to develop materials about creation for wide circulation.

Secrecy also surrounded the development of that resolution. Early drafts carried warnings at top and bottom, “This draft document is not to be shared with anyone other than members of the committee that drafted it.” Over the course of the session, the one-page document grew to two. Statements became more and more specific.  The sentence

“We affirm the necessity of an intellectual environment in which competing theories about origins are presented and openly discussed within the context of a biblical worldview. We commit ourselves to teaching and advocating the biblical understanding of origins in our professional roles as Adventist educators.”

A new sentence was also added:

“We understand that the purpose of the Seventh-day Adventist education is to restore in human beings the image of the Creator and that this goal has implications for educational curriculum and instruction; the structuring of human relationships, including divinely ordained marriage; and stewardship of the earth.”

By the end of the conference when the final statement was voted, some of the attendees were unhappy about the process, feeling like they had been manipulated, used as props. Here is the reaction of one administrator in attendance:

“The overriding lesson I took home was that, if you are working toward a conservative cause, process can be abridged even in public.  Put another way, if you are working to do "God's conservative will," the end justifies the means.  I make this comment in direct response to the public process of creating and voting the resolution document.  Never before have I seen church leaders initiate a process of getting public and collaborative reaction on a document, then, at the last minute, inserting words more acceptable to them followed by an orchestrated plan to limit discussion and debate, followed again by calling for a vote, followed still again by making light of those who voted "No!"

I have been around the Adventist church a long time and I have had occasion to know a good number of General Conference leaders along the way.  And I found them, for the most part, to be good and honorable, broad-minded, even noble people who were respectful of others opinions and of process.  Those who led this conference demonstrated themselves to be of a much lesser caliber than those who have gone before them.  They showed themselves to be narrow ideologues who were not above manipulating process to get the kind of document they wanted.  And though they pledged the resolution would not be used for purposes other than to serve as a report to Annual Council, I fully expect to see the document show up as support for their fundamentalist interests.  When that happens, they will prove themselves to be disingenuous to say the least.”

Adding creation stewardship to the resolution statement reflected the presentations at the conference on the topic, and the enthusiasm there for expanding the Adventist discussion of creation.  But the phrase about “God-ordained marriage,” had never been part of the discussion. “During the early drafts of the document, there was no mention of “God-ordained marriage,”  said one participant, “but in the final draft that was voted and published in the Review, that language was inserted. I’m not sure who put it in or why because it was never a topic of discussion during the conference.”

To find the voted resolution, one must go to the story posted in the Adventist Review on August 26. The document sits on the Review’s website — not that of the Faith and Science Council.

With the headline-grabbing statements by the President of the General Conference disavowing any Adventist who believes in evolution, attendees to the conference have been very hesitant to say anything — whether or not they do or don't believe in evolution. One attendee acknowledged: “It is a story: the fact that nobody wants their names attached to their comments.  We are at a time where a verse from Amos fits well: Therefore the prudent man keeps quiet in such times, for the times are evil."  Amos 5:13  (NIV)”

In our conversations with faculty and administrators from five Adventist colleges, only one person was willing to speak on the record.

However, the conversations were insightful. We learned that an effective case was made at the conference as to why Darwinian evolution is today in lots of trouble. We also learned that history does repeat itself.  One of the attendees said:

“Prior to the conference, I read with care some literature on how three debates - (1) Copernicus, Galileo, and the Solar System, (2) Newton, the Mechanical Universe and Deism; and (3) Darwin and the Biological Origins of Humanity – have challenged traditional Christian beliefs.  I was struck by the similarity of the language of the Adventist scientists and theologians with the language of church officials during the Galileo controversy.  Just as the theologians of the Catholic church condemned the scientific discoveries of Galileo on the basis of a literalistic interpretation of Scripture, likewise many Adventist theologians and scientists appear to be condemning many of the modern scientific discoveries on the basis of a literalistic interpretation of Scripture.  It was remarkable to notice the similarities.  History does indeed repeat itself!”

"I'd like to think of the conference as the beginning of an international inquiry and conversation for our church. Due to the complexity and variety of issues that were broached,  we really needed more time, not only to reflect on the presentations, but also to learn about the diversity of views that exist in Adventism and the wider world of Christian scholarship. We were presented with one perspective and now need to hear and consider others before making any definitive conclusions. We're doing that with the issue of women's ordination as a church and the issues that were broached at the conference are just as important.”

Is the Faith and Science Council interested in further conversation? What kind of conversation can take place when people cannot speak openly and honestly without fear of reprisal?

After the opening remarks by President Wilson, one Adventist theologian commented, “We don’t have a unity problem, we have a trust problem.” Will we ever be able to trust each other again with a conversation about origins?

Can we end the silence in which our scientists now live?