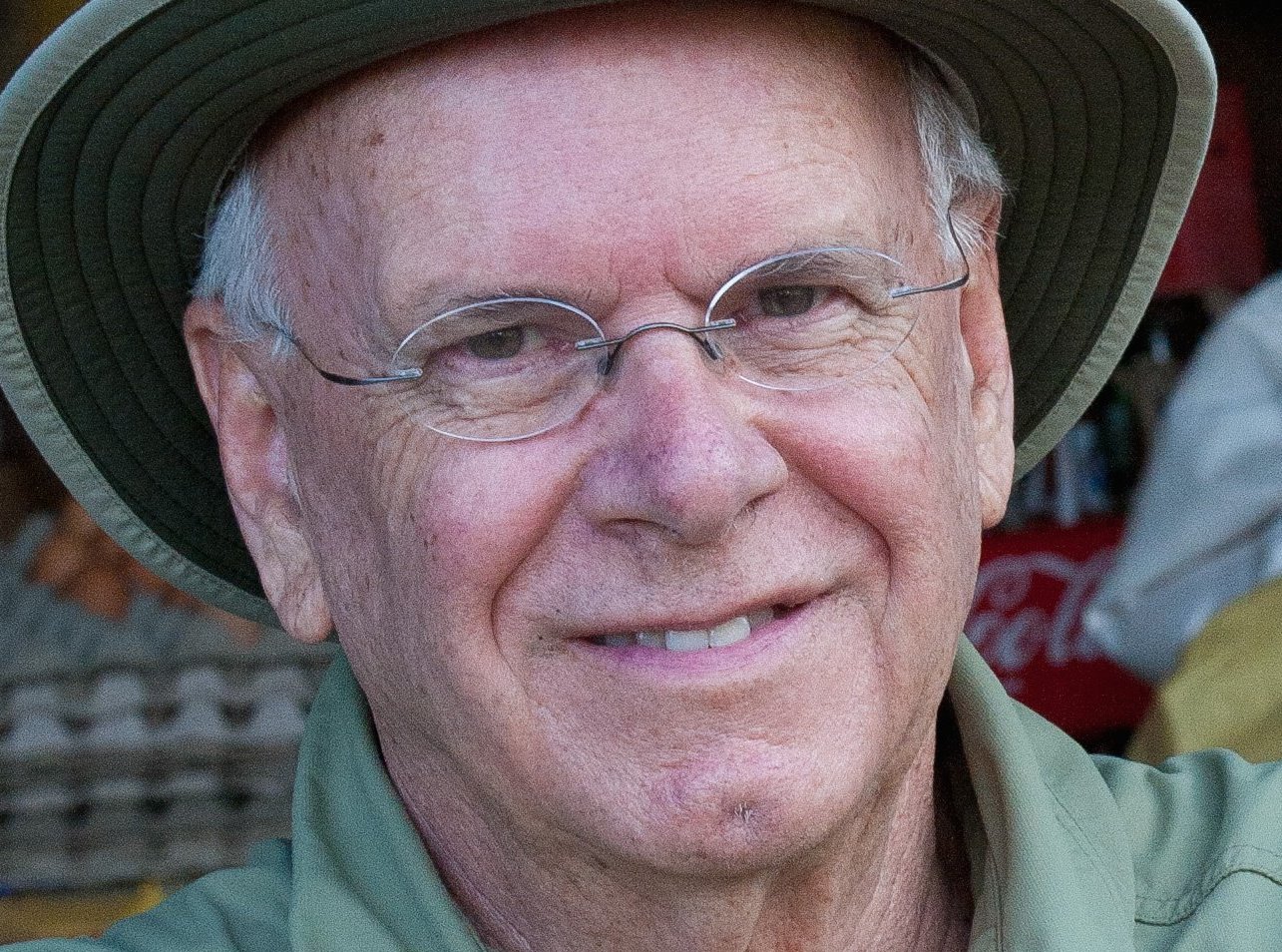 Bonnie Dwyer conducted this interview with Gerry Chudleigh in May 2014. On July 4, 2015, Gerry succumbed to a long battle with cancer. His insights are as prescient and on point today as ever.

Discussion of headship theology during the recent meetings of the Theology of Ordination Study Committee prompted Gerry Chudleigh to undertake some additional historical research. As the communication director for the Pacific Union Conference, he has had to answer many questions about women's ordination and has become well versed in Adventist history related to the topic. On May 1, 2014, he published online an extended account of how headship theology came to the Seventh-day Adventist church.  Chudleigh agreed to answer questions about his study for the following interview.

In your paper that you have published as an online e-book, you suggest that headship theology entered the Seventh-day Adventist Church for the first time in the 1970s and 1980s. Hasn’t male domination of women been around forever? What is the difference between headship theology and patriarchy?

The modern headship theology is a new way of using the Bible to support old–fashioned patriarchalism, although they call it complimentarianism. Headship theology has been around for about 30-35 years. The old arguments for patriarchalism often claimed women were inferior to men, and they focused on specific biblical instructions, like women keeping silent in church and never teaching men. Those interpretations of the Bible have never been acceptable to Adventists, partly because they are obviously contrary to our experience with the leadership role of Ellen White.

The new headship advocates try very hard to maintain that women are as intelligent, capable and valuable as men; God has just assigned them different roles than men. Many critics have pointed out, though, that the traditional demeaning of women is still implied.

If headship theology did not exist in the Seventh-day Adventist Church before the 1980s, where did it come from?

Answer: Some of the modern headship ideas came from the controversial Presbyterian minister R. J. Rushdooney in the 1960s. Then in the 1970s, Wheaton College professor Bill Gothard popularized it as “God’s chain of command.” But the now-standardized headship theology presented recently at the General Conference’s Theology of Ordination Study Committee meetings was developed in the 1980s by several Evangelical Calvinist writers, especially Wayne Grudim, James B. Hurley and John Piper.

The key players in your story are fascinating people. Bill Gothard, for instance, who led the Institute in Basic Life Principles for decades, and recently resigned because of allegations of sexual harassment — what influence did he have on Adventist theology?

I don’t know how to measure Gothard’s impact on Adventist thinking, but for a non-Adventist he certainly had a large and enthusiastic Adventist following. Gothard’s core message was that God places authorities over everyone, and He guides and protects everyone through those authorities. To disobey the authority over you is to disobey God. For wives and children of any age, that authority was the husband and father.

The Bill Gothard website claims that more than 2.5 million people have attended his week-long institutes, which were originally called the Institute in Basic Youth Conflicts. I was a conference youth director in Oregon when I attended in the 1970s. Everywhere I traveled I met Adventists praising the week-long seminars and urging other youth leaders to take all their kids to the institutes. Hundreds, maybe thousands, of Adventists must have attended, and most of them were very excited about Gothard’s theology and his practical illustrations of headship theology.

Samuele Bacchiocchi is another person that you mention. What role did he play in this story?

Bacchiocchi seems to stand alone as the Adventist who publicly introduced modern headship theology into the church when he published Women in the Church in 1987. He wrote in the introduction that in 1986 he became so concerned that the church was considering ordaining women to ministry, that he stopped other research he was doing and went looking for the best biblical arguments he could find to turn the church around. He makes it clear that he found those arguments in the new headship theology being developed by Calvinist ministers. His book had twin forewords, written by Grudem and Hurley, the two Calvinist writers who were developing headship theology for evangelical audiences at that time. Bacchiocchi wrote that of all the books he read, those two men made the greatest contributions to his thinking.

Bacchiocchi’s book was quickly echoed by popular Adventist authors and speakers such as C. Raymond Holmes and Samuel Korentang-Pipim, and it is clear that the Theology of Ordination Study Committee members promoting headship theology now have drawn largely from his book.

You highlight the journal Adventists Affirm and its adoption of headship theology. What did they publish on the topic and why was that significant?

As soon as Bacchiocchi’s book appeared, a group of men and women from southwestern Michigan adopted his theology and began writing books and articles in support of the new headship theology. Several of them started the Adventists Affirm magazine, which was originally devoted exclusively to anti-ordination and pro-male headship arguments. In 1987, Calvinist ministers Grudem and Piper created the Council on Biblical Manhood and Womanhood and, in a meeting in Danvers, Massachusetts, drafted the Danvers Statement, which remains the Magna Carta of headship theology. Almost immediately Adventists Affirm published an Adventist version of the statement.

Adventists Affirm introduced headship theology to a wide range of Adventist leaders and pastors. The first letter from a reader that they published was a letter of affirmation and support from former GC president, Robert H. Pierson.

You have mentioned Calvinists several times. Is the new headship theology a part of all Calvinist theology?

No, not at all. The Calvinist doctrine of predestination — with God deciding whether each individual will be saved or lost before he or she is even born — makes it easy for some Calvinists to see husbands as making all the important decisions for women, but some of the most thorough refutations of headship theology are from Calvinist theologians.

If headship theology did not exist in Adventism before the 1980s, but then did, some key people must have changed their minds about our theology. Who changed their position on the topic and what effect did that have on the events in the Adventist church?

Yes, several influential people who championed women’s ordination in the mid-1970s opposed it by the mid-1980s. That included General Conference President Neal Wilson, Andrews University theology professor Gerhard Hasel, and head of the Biblical Research Institute, Gordon Hyde. Hasel and Hyde both began using headship arguments. I did not track what affect those changes may have had on later church discussions or actions. I saw them more as illustrations that even thoughtful people were responding to cultural shifts.

As you set the context for the story, you suggest that the change in thinking was at least partly the result of a new fear of feminism within the church. What happened in the church to create such a fear?

It is not possible to demonstrate causation, of course, but the 1970s were the decade of unprecedented advances in women’s rights.

In my book I describe four landmark events that started about 1973 and shook up society for a decade: the Equal Rights Amendment, which would have guaranteed women’s equality in all areas of life, and was hotly debated in every state for ten years; Title IX, which made it illegal for schools to spend more money on any men’s educational program than on women’s programs; Roe v. Wade, which gave women the right to elective abortions; and for Adventists and others, the Merikay Silver/Lorna Tobler lawsuit against Pacific Press, which resulted in the federal courts ordering the church to pay women the same as men for the same work.

By the early 1980s many Christians, including Adventists, were trying to figure out how to stop the perceived threats of women’s rights. A “biblical” headship theology that called women to cheerful submission must have looked to many people like God’s answer to feminism.

How would you suggest that the church move forward on this issue?

Our church has always been committed to the idea that every person should study the Bible for themselves, discuss their convictions with fellow-believers, then follow their convictions. There are large numbers of people in our church who have accepted this teaching without a thought that it is foreign to our theology. I would not want to question their faith.

But our church will have to take a position on headship theology, just like the Baptists and other churches have. I hope we can treat it in a similar fashion to the way we treat the belief that the King James Version of the Bible is the only reliable word of God. That would involve three things: first, pay serious attention to our trained Bible scholars, who seem to be nearly unanimous that headship theology is contrary to Scripture; second, make it clear that the church does not accept or teach headship theology, though some members and pastors do; and third, people of both opinions should accept our differences and work together to fulfill the mission of the church.

Gerry Chudleigh is communication director for the Pacific Union Conference of Seventh-day Adventists in Thousand Oaks, CA, and publisher of the Pacific Union Recorder. Besides history and writing, he enjoys photojournalism and exploring California deserts in his Jeep. The views expressed in this paper are his own, not necessarily those of his employer.

To read Chudleigh's e-book, A Short History of the Headship Doctrine in the Seventh-day Adventist Church, for free via Smashwords click here. You can also download it free of charge from Barnes and Noble's online store by clicking here.