A Standing O for William Johnsson 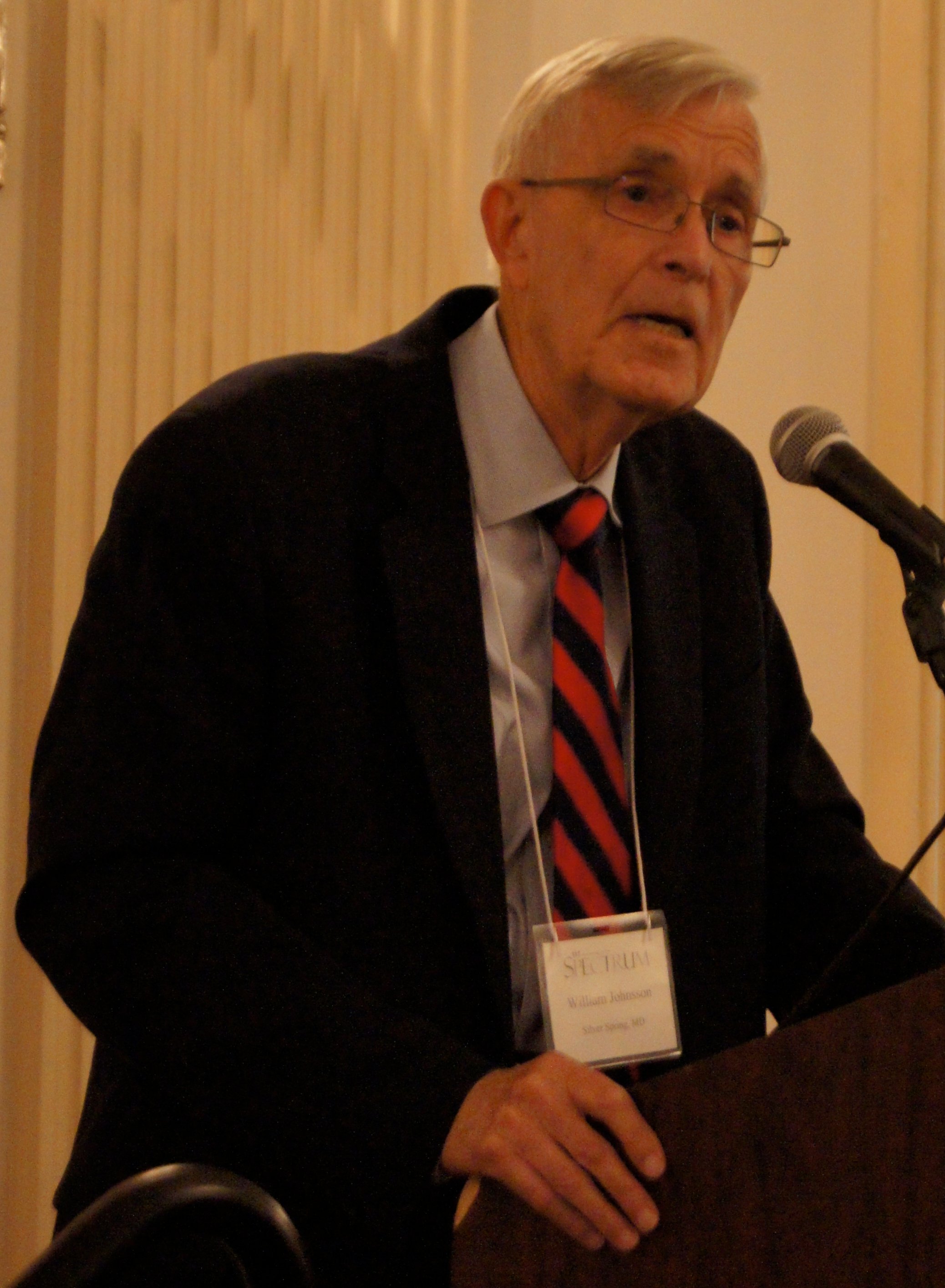 Chattanooga, Tennessee, Sabbath morning — William Johnsson brought the Adventist Forum crowd to their feet on Sabbath morning with his testimony to the transformative power of the Third Way.

His Sabbath address was not the usual sermon, but the cry of an anguished heart, he said, over what has been lost in America since 9/11 in kindness, in love, in the largeness of spirit that made America a great country.  He also made a plea for the audience to join him in taking up the call of Jesus to be peacemakers. But most significantly he described his friendship with Mohsen.

Using Acts 17:16-23 as his text for the morning, he identified three points that Paul makes that are key to interfaith dialogue:

Johnsson began his story of his friend and brother Mohsen with a confession. As a young missionary to India, he said that he went to give and not to receive - not to make friends. In the 15 years that he spent there, he does not remember forming a close friendship with even one non-Christian person, in spite of the fact that India is the land that gave birth to Hinduism, Buddhism, Jainism, Sikhism, and today has a Muslim population of nearly 200 million.

But more recently, in the latest chapter of his life, post editing the Adventist Review and Adventist World magazines, he accepted an assignment in 2006 from General Conference President Jan Paulsen to meet with leaders of other religions. As part of that assignment, he went to Sydney, Australia to meet with a Muslim sheikh.

From their first meeting, Dr. Mohsen Labban surprised Johnsson. After welcoming Johnsson to his home, he asked him pointblank, “Do you believe Jesus will come soon?

“Soon. We Adventists don’t set a time for the Second Coming.”

A Sufi Egyptian trained in economics who had served the United Nations in Geneva as chief financial officer for 16 years, Labban told Johnsson that he was interested in meeting Adventists because a messenger of Allah had showed him that Seventh-day Adventists had a message that Muslims should receive. A deep friendship developed between the two men in the following years. For a couple of years they entertained high hopes of editing a book on the Second Coming jointly published by Adventists and Muslims. They came close, Johnsson said, but at critical point Adventists church leaders who had initially been enthusiastic got cold feet. Both the Sheikh and Johnsson were bitterly disappointed.

But the Sheikh did not give up on Adventists. He solicited help in planning a public event on the Second Coming, but unfortunately did not live to see it happen. He died of cancer in 2012.

Johnsson paid tribute to his friend by saying that he had shattered stereotypes of prejudice, ignorance, hatred and bigotry, exposing them as lies.

He closed with two dreams. The first: that each person present would determine to make the effort to befriend someone of another religion. “Not just a casual acquaintance but to get to know them at the deep level of our shared humanity.”

Second, that each one would do what they could to make our schools, hospitals, and churches a welcome place, a safe place for people of other faiths.

“Join me in working to roll back the darkness,” he said.

In response, first, one and then another stood to applaud the heartfelt presentation and pay tribute to the contribution that Johnsson has made to the Adventist community and beyond.