Pacific Union Constituents Vote to Ordain Without Regard to Gender

Pacific Union Constituents Vote to Ordain Without Regard to Gender 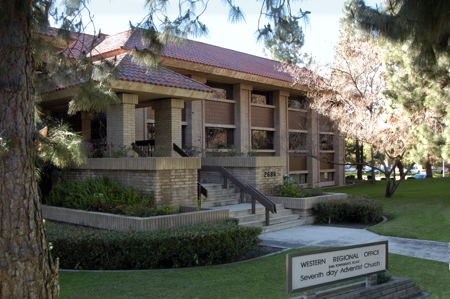 The Pacific Union Conference constituency voted to ordain to the pastoral ministry without regard to gender by a vote of 79% to 21% today; however a vote to change the bylaws failed.

With a two-thirds vote needed to change the bylaws and a vote of 65% yes, to 35% no, the bylaws vote failed.

Pacific Union Conference President Ricardo Graham closed the meeting with a prayer that the Spirit will preserve the unity of the church.

During the four-hour meeting delegates heard from the General Conference President Ted Wilson and two vice presidents—Lowell Cooper and Armando Miranda—who asked the delegates not to approve the motions before them.

Representing the North American Division were president Dan Jackson and vice president Ernest Castillo. Jackson chose his words carefully and maintained a neutral tone. Castillo spoke unabashedly from his heart for equality and received an ovation.

Southeastern California Conference Pastor Andrea King gave a moving speech about her call to ministry. Loma Linda University Church Pastor Randy Roberts addressed the Biblical issue of ordination. He closed with a ringing call for equality and he used a quotation from Ellen G. White to emphasize that the secret of unity is found in equality.

Attorney Jon Daggett addressed the legal issues at stake saying there was some confusion over the proposed changes to the wording of the bylaws. He said the proposal had been made, because the bylaws are already internally inconsistent. He recommended the wording change, because he said it would bring consistency between practice and the bylaws. He also said regardless of what happened to bylaws, the vote on ordination without regard to gender would proceed.

When the floor was opened for discussion of the amendment to the bylaws, Larry Geraty of Riverside, Calif., was the first person at the microphone and he called question to end the debate. His motion was defeated and comments from the floor proceeded with individual commenters being limited to two minutes. After about a dozen comments, there was another call for question that passed, and the vote was taken. It was close with 65% approving the motion and 35% voting no, but with two-thirds needed to pass a bylaws amendment the vote failed.

Then began the 50 minutes of comments specifically about women’s ordination. Doug Batchelor, pastor of the Sacramento Central Church in Northern California, complained that there had not been fair representation in the presentations made at the beginning of the meeting. He cited 1 Corinthians 11: 3 and “Acts of the Apostles,” p. 95, in his call to vote against the motion.

Charles White, the great-grandson of Ellen White, read quotations from his great-grandmother in favor of ordination.

There were passionate pleas from several women, including another woman pastor from Southeastern California who described her experience in Africa, where she went on an evangelistic campaign. There it was the leaders of the African conference and union who encouraged her and other women on the trip to speak. That was the moment her call of ministry became real to her she said, and then she called “previous question” to end debate.

There was a small debate over this motion, which the delegates were asked to vote up or down. When it was approved by over two-thirds, the debate was closed, but not without Chairman Graham noting that the parliamentarians had told him that they were using the General Conference rules of order, which did not speak to whether or not a comment could also include a motion to close debate. There was laughter over this.

Graham asked a woman to pray before moving to the vote. Then delegates used their electronic voting devices to place their votes. When the tally was posted on the screen, there were cheers and hugs.