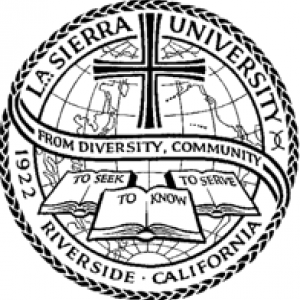 The conversation had been very frank on April 20 when the La Sierra University faculty met with the president of the North American Division Dan Jackson and Larry Blackmer, NAD Education Director. The faculty had questions for the church administrators about the Adventist Accrediting Association board’s vote to revisit LSU in 2012 rather than granting them the five year term of accreditation that had been recommended to the Board by AAA’s visiting team.

LSU Board member Lenny Darnell wanted to be sure that he could recall all that transpired, so he turned on his cell phone’s recording device and let it run.

After the meeting he and three friends—Jeff Kaatz, LSU vice president of development; Jim Beach, LSU dean of the College of Arts and Sciences; and Gary Bradley, professor of biology—went to a private home where they continued their conversation about the LSU meeting while watching the Los Angeles Lakers play the New Orleans Hornets in an NBA basketball playoff game. What the four friends did not realize is that the phone recorder continued to run during their discussion.

The next day Darnell shared the recording he had made of the Jackson/Blackmer meeting with several people including an LSU faculty member and Spectrum.

How did the North American Division receive the tape? Blackmer says he received it from another LSU Board member. And it was Blackmer who listened to the whole tape and realized that there were two meetings that had been recorded—both the public meeting and the session of the four friends. What he heard in that private conversation that wandered, but included foul language, references to alcohol consumption and unflattering comments being made about board members, administrators, and church leaders—led Blackmer to request a transcription of the recording.

Ricardo Graham received the tape and the transcription from Blackmer on June 1. Graham contacted University President Randal Wisbey on Thursday, June 9, and requested meetings with the three employees of the University on Friday, June 10, in Wisbey’s office.

In separate meetings with each of the individuals, transcripts of the tape were shared. They were then given the option of signing a letter of resignation or having the material shared with the entire Board of Trustees. All signed letters of resignation.

On Sunday evening, June 12, the University issued the first of two releases—the first to announce the resignations, and the second (on Monday) to make a point of the fact that the resignations had nothing to do with the biology issue.

But the releases did not say why the resignations had taken place. And with silence came much speculation. The first public hint of what had taken place came from a note that Bradley sent to his friends in which he said “the recording was not a diabolical plot, but was accidently recorded and released by one of the conversants. Hence this was more ‘Three Stooges’ than ‘James Bond’!:)”

He also expressed his devastation over the incident:“I feel like my very soul has been ripped from my body. My entire life since I began teaching 46 years ago has been dedicated to Adventist education. I’m not ready to quit and I grieve the loss of the classroom where I have had such rewarding interactions with the wonderful people who are my students. I have many important projects underway here now and many other people will be inconvenienced by my sudden departure.  I can only say that I am deeply sorry and will try my utmost to earn redemption.