N. T. Wright—Scripture and the Authority of God

N. T. Wright—Scripture and the Authority of God 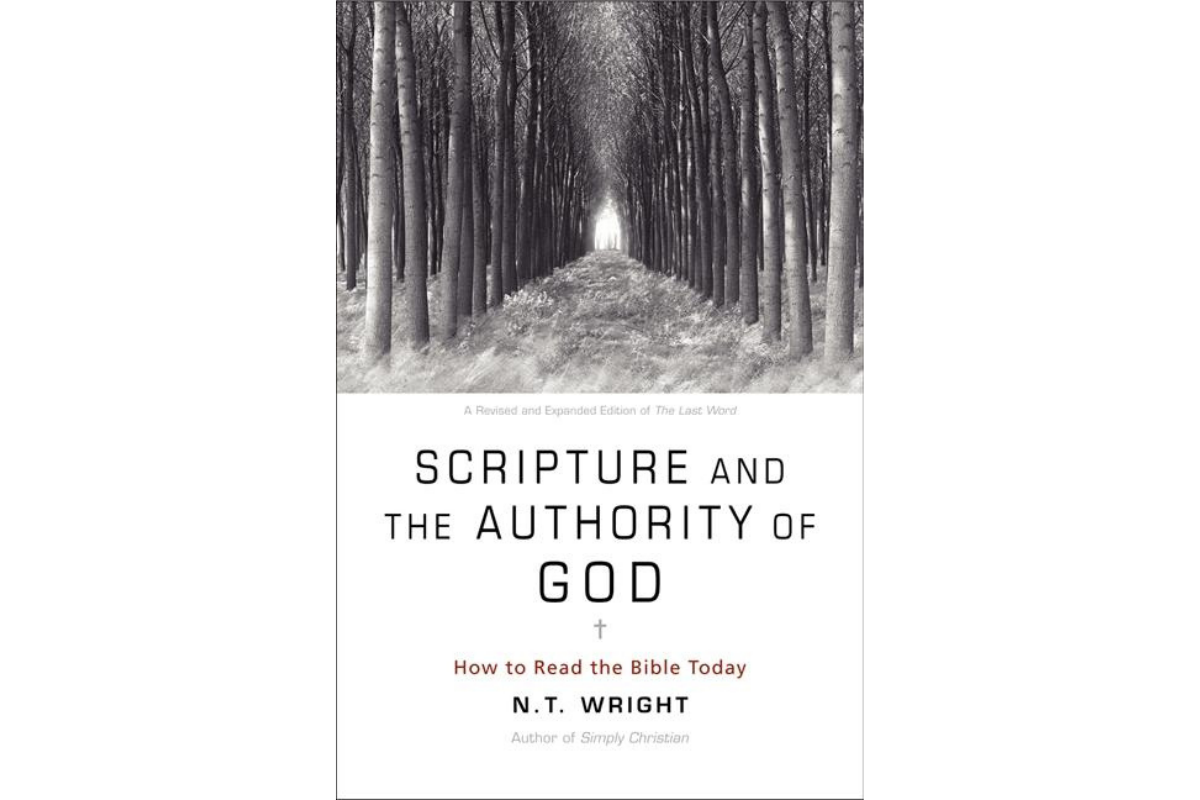 Recently, there has been discussion on Spectrum about the place of meta-narratives.

In his excellent book Scripture and the Authority of God, N. T. Wright expresses belief in such a meta-narrative comprised of five chapters:

Wright asserts “that the phrase ‘authority of Scripture’ can make Christian sense only if it is shorthand for ‘the authority of the triune God, exercised somehow through Scripture’. (pg 21) but because of the inevitability of change between these chapters, what the principles look like will depend on the chapter in which we find ourselves.

When travelers sail across a vast ocean and finally arrive on the distant shore, they leave the ship behind and continue over land, not because the ship was no good, or because their voyage had been misguided, but precisely because both ship and voyage had accomplished their purpose. During the new, dry-land stage of their journey, the travelers remain—and in this illustration must never forget that they remain—the people who made that voyage in the ship (57).

Wright says that while we may strive to honor the authority of Scripture and by extension, the authority of God, not all principles apply in every “chapter”. While Wright offers a valid illustration of continuity between chapters, he has chosen the Sabbath to illustrate discontinuity. In this, of course, most Seventh-day Adventists will disagree.

Because of Jesus, some things have indeed come to a full stop. After Pentecost, observing that the Holy Spirit had been given alike to Jews and Gentiles, the Apostles deduced that it was no longer necessary to be circumcised to belong to the people of God (Acts 15: 1, 6-9). They proclaimed that because Jesus made the two (Jew and Gentile) one People (Eph 2:14, 15), it was inappropriate to perpetuate that which distanced Jews from Gentiles. Law in its capacity of defining community had ended—not because it was a bad thing but because it was a good thing whose task was now accomplished. Again, as Wright contends, the ship belonged only to the sea journey and is not needed on the land crossing. One example of continuity for early Christians was a renewed appreciation of Abraham’s faith; a faith to emulate that predated the giving of the Law by centuries (Rom 4:13).

Wright, referring to the Sabbath in the prior Israel ‘chapter’, says “It appears to be about (among other things) a call to humility and hope--the humility of recognizing that work (which for most meant working the land) was not the be-all and end-all of life, a frantic, relentless greed…the keeping of the Sabbath was a stepping back from the idea that Israel, or human beings, actually owns or runs the world. Overwork, working seven days a week, correlates with a loss of faith in God the creator and provider” (153).

This is such an astute observation, because at the heart of the Decalogue, the Sabbath command follows prohibitions against idolatry and segues to principles that define our relationship with others. Sabbath fulfills both needs. Wright, in his observation above, does not confine meaning to the Jews. Even if it does not inform his own practice, N. T. Wright’s understanding of Sabbath does not suggest a narrow principle whose expiry date has passed. Wright also freely admits in this book that Sunday cannot ever be what the Sabbath was.

Jesus responded to accusations against his disciples for breaking the Sabbath with a curious response, “Haven’t you read in the Law that on the Sabbath the priests in the temple desecrate the day and yet are innocent?” (Matthew 12:5) Jesus did not share the view of those who appeared to value the Sabbath more highly than they valued people.
“If you had known what these words mean, ‘I desire mercy, not sacrifice,’ you would not have condemned the innocent. For the Son of Man is Lord of the Sabbath” (Matt 5:7). Jesus ignored the Sabbath as it was observed by the self-righteous of his day.  He encouraged us to break with their type of observance, but never suggested discontinuity of practice.

The writer to the Hebrews urged acceptance of the gospel using the metaphor contained within the very first Sabbath. “…his (God’s) work has been finished since the creation of the world. For somewhere he has spoken about the seventh day in these words: ‘And on the seventh day God rested from all his work.’ …Therefore, since the promise of entering his rest still stands, let us be careful that none of you be found to have fallen short of it. For we also have had the gospel preached unto us, just as they did; but the message they heard was of no value to them, because those who heard it did not combine it with faith. Now we who have believed enter that rest” (Heb 4:3b, & verse 1—in an attempt at clarity, I have re-ordered the verses).

The writer to the Hebrews is encouraging hearers who have not made up their minds about Christ to do so while it is “today” and opportunity remains. The writer alludes to opportunities neglected by other people in another ‘chapter’ if you will. Believing the gospel is to enter into God’s rest—the “rest” into which God entered upon completing the work of Creation. At the first Sabbath, God rejoiced with the angels at the full perfection of all He had done (Gen 2:2-3; Job 38; 4,7). If we accept what God has done for us in Christ, we are said to enter with God in His rest: we have been restored to our original estate—a part of the utter perfection God celebrated in the beginning. To what end? “Now to him who is able to establish you by my gospel and the proclamation of Jesus Christ, according to the revelations of the mystery hidden for long ages past, but now revealed and made known through the prophetic writings by the command of the eternal God, so that all nations might believe and obey him—to the only wise God be glory forever through Jesus Christ (Romans 16-25,26).  These are people who live under the authority of Scripture and by extension the authority of God and within a context that has been informed by the Person of Christ.

It is a mystery to me why the writer to the Hebrews would employ the seventh day Sabbath as a metaphor for embracing the gospel if it had been discontinued. However, I am so grateful to N. T. Wright for the way in which, even though our views differ, he has enriched me yet again.