The Record Keeper's Makers Express Disappointment at Its Cancellation 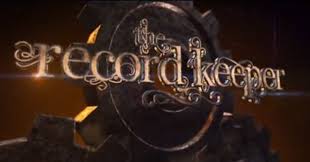 Many people have expressed disappointment that The Record Keeper has been cancelled, including its creators.

On Friday, the General Conference announced that it had decided not to release the web series it had sponsored. The series had been written, filmed and  screened for various audiences around the US, who gave it a positive reception. But the GC, which had been involved in the series' creation, recently expressed reservations about its theological accuracy. The statement about its suspension also said that "church leaders were looking for a much stronger portrayal of the love of God, the creation of a perfect world, the Plan of Salvation and the final renewal of heaven and earth as recorded in the Bible."

I asked the three about their reaction when they heard the news that The Record Keeper had been cancelled. Satterlund and Sigamoney replied, and their complete responses are published here.

"I am sad to hear that the General Conference of Seventh-day Adventists is terminating The Record Keeper project. It was a privilege to be involved in this rewarding project. It was an honor to get to witness to the Catholic crew member whose involvement in TRK led to her decision to give The Conflict of the Ages series as a Christmas present to her mother. And it was a gift to teach the Jewish atheist coworker about the life of Jesus. It was a thrill to see two cast members connect the stories in the scripts to Bible stories they’d heard when they were young, and then vow to re-read the Bible. Lives were changing, even before seeing the series. That's how much power this project has, and I know that God has his hand over it. I can’t thank the General Conference enough for bringing these blessings, and so many others, into my life.

It was so exciting to see God’s hand at work on set, and I couldn’t wait to see what He could accomplish once the church shared the web series with the public.

I’m disappointed with the General Conference’s decision, but, from the beginning, I asked God to lead The Record Keeper where he wanted it to go. I don’t understand the Lord’s mysterious ways, but I have to trust that He knows what’s best."

"I am obviously hugely disappointed by the General Conference's decision, as I believe burying the project is really a response of fear to a new format, fictional storytelling in film, within our denomination. Every time a new medium has arisen, whether it be radio, television or the internet, there has always been hesitation by the current administration. And there have always been fundamental voices crying out the evils of the new. But the truth is that hesitation is really fueled by ignorance and eventually dissipates. But by the time that happens, we are decades away from being truly relevant.

Based on my understanding from the outset, the General Conference was involved in every aspect of the development of the project. We turned over every script. I believe the Ellen White Estate itself reviewed our content. So the idea that now there are some new theological issues is new to me and seems to me more like a scripted answer to a complicated battle.

The real question I have had for a while that I believe our church must wrestle with now is "Are we willing to be relevant?" And secondly, "Are we ready to be relevant?" If the series was released in it's current form, I have no doubt it would have raised many relevant questions regarding the choices we made in the storytelling. It was fiction in the end; none of the three of us claimed to receive a prophetic vision. And there would have been discussion regarding our choices and some of the specifics of our Adventist world view that many would have challenged us on. And I don't know where it would have all led, but I believe it would have been valuable. It would have been relevant. Isn't that what our church is striving to be and so often failing with in our efforts towards our young people? But when it comes to a project that is actually bold and takes risks, instead we back off. Play it safe. And in the end, we become irrelevant because we are afraid.

It is my hope that someday the project may be released. I don't know what would need to happen for that to occur. I don't agree with the decision made but am unsure what steps are remaining within my power to affect it and so I wait and trust that God has a plan bigger than even our folly.

I serve a God that used stories to tell us everything from our origin to our end. Jesus told parables. He even went so far as to tell the story of 'The Rich Man and Lazarus' using current beliefs of the time, theology the SDA church doesn't necessarily agree with. So I hope we are not afraid of stories, for in them are great discussions that when led by the Spirit always end in truth."

See links to additional articles about the cancellation of the series at the Save the Record Keeper Facebook page, including an interesting one by Ed Dickerson, asserting that its really the aging membership of the North American Division that is to blame for burying the series. Read our previous report about trying to save the series here.