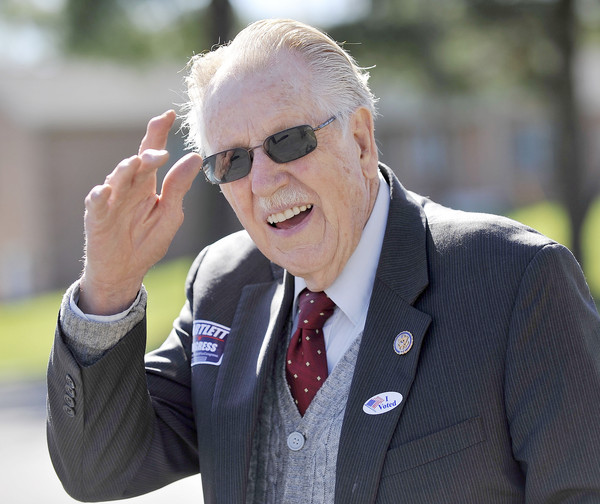 Seventh-day Adventist Roscoe Bartlett, a longtime Republican Representative from north and west rural Maryland lost to his Democratic challenger on Tuesday. A graduate of Columbia Union College and a former assistant professor at Loma Linda University School of Medicine, Bartlett served in Congress since 1993. He had been increasingly associating himself with survivalist ideology and had made a few extremist errors during the campaign. His loss halves the number of Seventh-day Adventists in the House of Representatives, leaving only Sheila Jackson Lee, a Democrat serving the 18th District in Houston, Texas. Rep. Jackson Lee usually wins with about 70% of the vote.

Significantly, gay marriage was approved in Maryland despite some Adventist church leaders joining with Religious Right activists to publicly oppose it. The Columbia Union Visitor wrote an article on these anti-marriage equality efforts in October.

Jerry Lutz, Spencerville’s senior pastor, said he agreed to host a panel discussion on Sabbath because, “it is important that our church members be as biblically informed as possible.”

Miller said while Maryland isn’t going to force anyone to officiate same-sex unions, Adventists should be concerned that acceptance of homosexual behaviors may be forced upon private institutions. “In the last days, Christians have to stand ready to defend against laws that contradict the will of God,” he said.

On the other side of the country, a very contentious land use measure to limit Pacific Union College's ability to sell land to grow its endowment ended with a victory for the school. Even Robert Redford's endorsement of the so-called Measure U couldn't keep it from being defeated by about 60% of Napa County voters.