Obama and a Future of Adventism 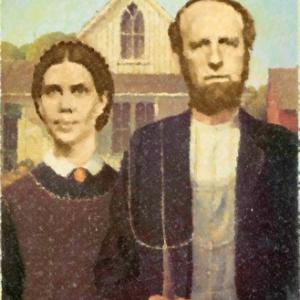 Given my recent night and day consuming activities - teaching, blogging, electioneering - I haven't had a chance to step back and reflect on what the last couple of political months and emerging discourses might mean for America and the Adventists who live here.

Americans have elected the most theologically astute president since Jimmy Carter. Like his Democratic predecessor, Barack Obama is partial to the writings of Paul Tillich and Reinhold Niebuhr. Obama’s Facebook page (the first ever for a president-elect) lists Marilynne Robinson’s Gilead as a favorite novel.

Hidden from most of the electorate, Obama’s theological inclinations are well known to scholars of American religion. Heralding a “civil religious revival,” sociologist R. Stephen Warner cites Obama’s belief in the power of ideals to draw Americans “toward their better natures” and the “awesome God that he knows is worshiped in both blue and red states.”

I agree. But we're about to end our time with a president who many called their "Pastor in Chief." Do we really want another?

Or is there a difference in the theological foundations and implementation between 43 and 44 that gives religious libertarians, like me, hope? I first heard Barack Obama speak in person in June of 2006. At the time I wrote:

Today, the man President Bush calls "the pope" delivered an incisive speech articulating a principled way forward in the American debate over faith and public life. I sat four rows away, and it was good.

Speaking at the First National City Church, to a packed audience of mainline, evangelical, and Catholic progressive activists, Senator Barack Obama (D-IL) began with a story familiar to many—having his religious bona fides questioned because he wasn’t conservative enough. Pushing past both the Right’s patently parochial rhetoric and the secular stammer of the left, the senator swung back with a vision for American values rooted in his hopeful prayer that “reconciles the beliefs of each with the good of all."

But Obama's short record and today's speech reveals more than progressive ideals and sharp political timing. He also envisions a way forward that eschews the Right's solipsistic rhetorical grip on American values. He sees that the solutions to gun violence, poverty, war and failed immigration policy lie in our ability to turn personal ideals into broad movements for the common good.

Evoking Kierkegaard's and then moving beyond Fear and Trembling and its treatment of the subjectivity of faith, Obama concludes:

Democracy demands that the religiously motivated translate their concerns into universal, rather than religion-specific, values. It requires that their proposals be subject to argument, and amenable to reason. I may be opposed to abortion for religious reasons, but if I seek to pass a law banning the practice, I cannot simply point to the teachings of my church or evoke God's will. I have to explain why abortion violates some principle that is accessible to people of all faiths, including those with no faith at all.

It was this lack of non-sectarian reasoning that led Obama and significant numbers of Adventists to oppose the religious right's successful attack on marriage equality in California.

But perhaps there is a way forward. On The Immanent Frame, John Schmalzbauer, continues:

Before and after the election, the religious right has been unrelentingly hostile to an Obama candidacy. In particular, recent statements by Focus on the Family’s James Dobson reveal an unbridgeable chasm between Obama and some conservatives. In October 2008, Dobson released what he called a “Letter from 2012 in Obama’s America.” A fictional letter from the future, it begins with the author lamenting the fact that he “can hardly sing ‘The Star Spangled Banner’ any more.” Downright apocalyptic, it warns that an Obama administration will result in the outlawing of campus ministries, a rise in pornography, the banning of evangelical books, and the outlawing of the Pledge of Allegiance. Along the same lines, Focus on the Family’s Tom Minnery compares Barack Obama to “pagan rulers such as Nebuchadnezzar, Darius, and Cyrus.”

And yet it appears that Obama knows exactly what he is up against. Consistent with his Niebuhrian sensibilities, he has not portrayed the quest for reconciliation as an easy journey. Like Martin Luther King, Jr., Obama believes that “the arc of the moral universe is long, but it bends towards justice.” In The Audacity of Hope, Obama writes that a new kind of politics requires us “to account for the darker aspects of our past.”

On Tuesday night, Obama looked back to a dark time in American history, quoting Abraham Lincoln’s words “to a nation far more divided than ours”: We are not enemies but friends.

That's pastoral. But the emphasis on what we have in common marks a strong difference from the triangulation and Rovian-Palin polemics of the past. As Fritz Guy or Alden Thompson might note: It's less apologetic and more theological.

If the Adventist church and our evangelistic leadership wish to reach more people for Christ, perhaps noting the post-election hunger for this sort of thoughtful commonality might make our church a more inviting refuge from dominant Christendom. That so many Adventist evangelists signed on with the religious right over Prop 8, while the majority of Californians under 30 voted 61% against Prop 8 and Obama doubled Kerry's vote among under 30 evangelicals, should give some pastors and administrators some pause.* Despite the recent promulgation of "hope" on evangelistic signage, are we still really communicating fear? Instead of the old papacy, is it now the gays and secularists?

One reason that Obama won was that throughout the campaign in word and deed, he employed on balance much more unifying rhetoric. One might disagree with his health care proposals, but that didn't make anyone less "real" of an American.

Are there less real Adventists? I conducted an experiment on the Spectrum Blog on the weekend before the election in which I invited folks to take a second from the heated debates and wish each other a Happy Sabbath. Many did, but conspicuously absent were some who are the most prolific on this site in defending Adventism against encroaching "liberalism." In defending truth, sometimes we need to stop and enjoy its presence and affirm the larger ties the bind.

I like a good fight, but there is a dangerous tendency, a sort of reactionary nihilism among some that see in minor changes The End. And they jump in to do a little shaking of their own. Change has been happening for thousands of years and yet, somehow, folks still find God and a common moral good. In fact, it's a fact that the more we focus on our shared meanings, the less threatening some of the other stuff becomes.

From noting the same God in Red and Blue States to encouraging non-sectarian reasoning, under a new President (perhaps a professor in chief?), it will be interesting to see if this emphasis on the common good continues. And more importantly for pastors, evangelists, professors and all Adventists, will we bend our aching discourse of community and moral goodness toward justice for all?