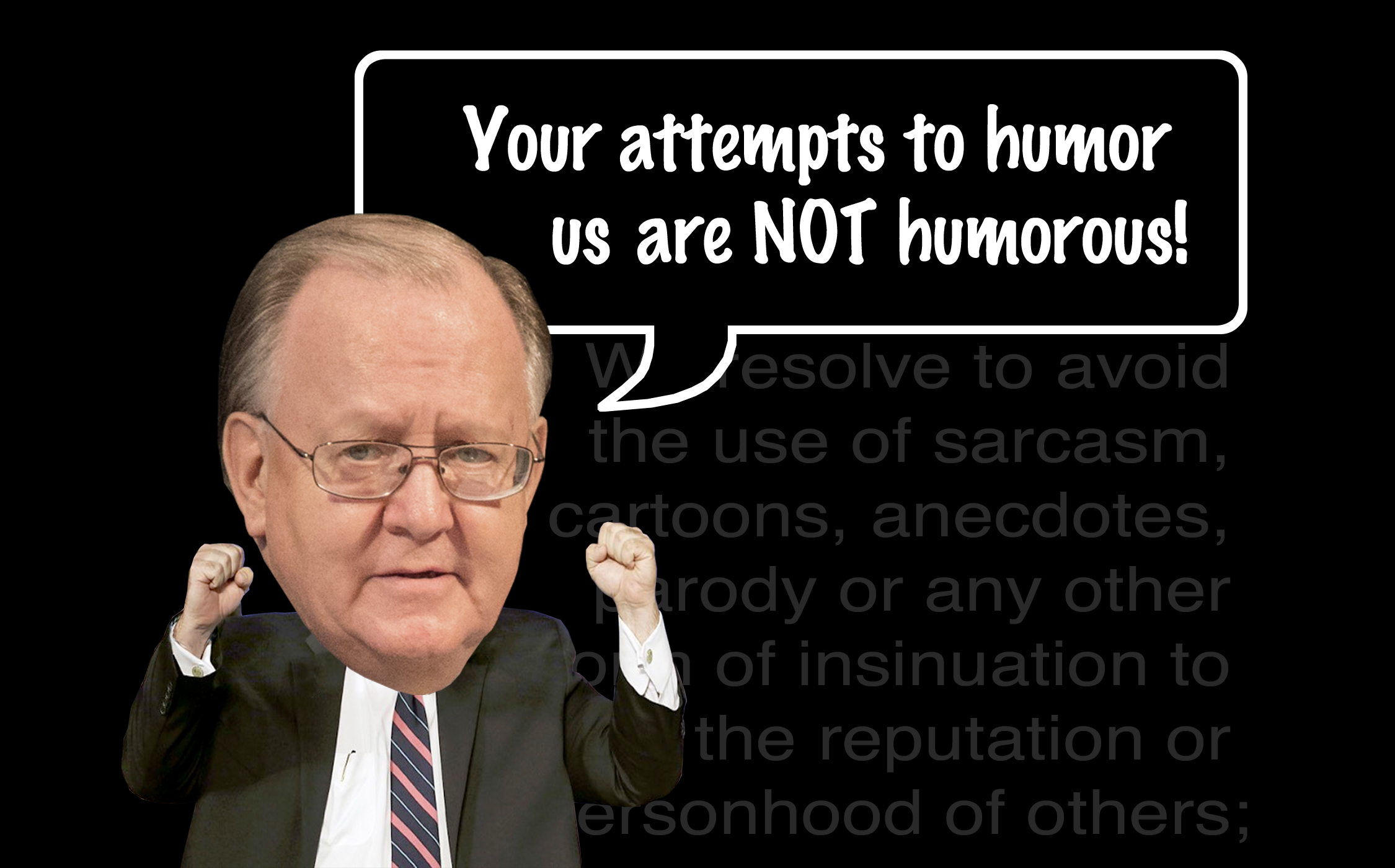 At the 2014 NAD Year-End Meetings, President Dan Jackson made a special announcement banning the use of humor or satire in the discussion of female ordination. Jackson reminded everyone that given tense times in the run-up to next year's GC Session vote on female ordination, "no one should so much as smile" while discussing the divisive issue.

Jackson said that he encouraged "expressions of disagreement that are honest and open based upon a sincere desire to arrive at the truth" but urged meeting attendees to bear in mind that speaking truth "can never, ever be funny."

The church leaders were asked to stand and repeat a four-part pledge to, among other lofty goals, "Promise to crack zero ordination jokes."   In addition, conference treasurers vowed to immediately cancel the lucrative sponsorship deals that they had previously offered to Adventists humorists promoting "online or offline dialogue" about Adventist hot potatoes.

Jackson reminded NAD leaders that just because Jesus and the prophets used parables, satire and humor to address sensitive issues "that doesn't mean we should follow their example when there are perfectly good unfunny ways to talk about women's ordination."

While he admitted that a ban on "sarcasm, cartoons, anecdotes, parody or any other form of insinuation" was a lot to ask of a modern audience fond of freedom of speech, Jackson said that "true religion and freedom of speech have never mixed well anyway." For more on this subject, read this exceptionally funny article. (Not ironic)