The Parameters of Privilege 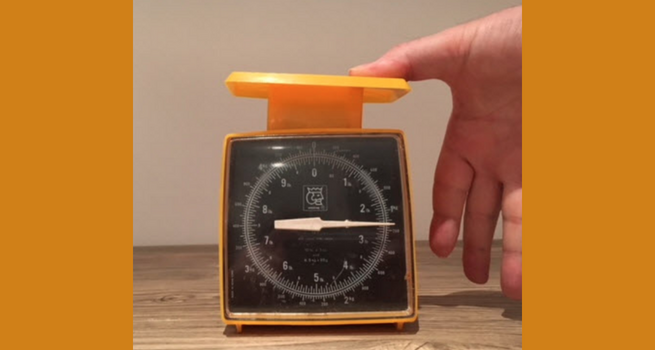 Sometime a quote, story or metaphor is so impactful that you not only remember the core idea, but its specific details are retained in memory over the years. I have a lot of baggage like that, and one quote that has held its place for me comes from a book entitled Paris to the Moon, by Adam Gopnik. In that book he discusses the difference between a person’s native language (and culture) vs. some alternate one that has been acquired in adulthood. He writes, “We breathe in our first language, and swim in our second."1

Anyone who has tried to learn a language other than the one you grew up with2 can, I think, readily relate to this metaphor. And it is much more widely applicable than merely recognizing the difficulties in becoming bilingual. It also applies if we try to think outside “the box” — of most anything not acculturated to by osmosis, growing up. The world view we grew up “breathing” seems natural and universal. Trying to view life from a different perspective is, at a minimum, artificial, and demands work. It’s metaphorically like swimming.

Which brings me to the multifaceted and typically under-recognized subject of privilege.

It can be a bit startling, at first, to list the various parameters in our life situations to which privilege can apply. There are so many. Here is my (likely not exhaustive) list, with some added clarifications:

2. Gender (women have been discriminated against throughout history)

3. Sexuality — straight is privileged, LGBTQ is discriminated against

7. Health (which also degrades with age)

9. Country of origin (because of varying access to opportunity and good government)

13. Family religion (consider how Jews have been persecuted throughout history)

Certainly some of these parameters are more impactful than others and the advantages conveyed can vary in different times and locations. But it is instructive to first look at a list such as this and checkbox, in your own mind, the ones in which you have privilege vs. those you don’t. Next, consider to what extent your personal collection of privilege parameters is what you “breathe,” i.e. feels normal and universal to you. Then finally, try to understand the perspective of less-privileged people who may have to navigate your world — especially if it is part of a dominant culture — and are therefore forced to “swim” daily.

Over the course of my adulthood I’ve recognized (certainly too slowly, but now for many years) that I am personally incredibly privileged. While my health has had some ups and downs, my family was middle class (not wealthy), I’m not movie-star handsome, etc. — there are no serious negatives I can point to on the entire list. Privilege, privilege, privilege — across the board. And this is NOT what most people on the planet experience! But because it is what I “breathe,” unless I deliberately step outside and beyond this comfortable bubble, I will never appreciate its abnormality. More importantly, I quite likely would think that everyone ought to be effortlessly navigating the world like I have been allowed to do.

Not too long ago The Guardian published an article entitled: “This is what it feels like to be black in white spaces”. It is highly informative. Most especially to those who can check off the great majority of parameters from my list. But such privilege is not the dominant norm, inequality is. And a person’s life experience, and how they are forced to function in the world, is deeply impacted by this. The lead sentence in the article states:

“Black people experience discrimination every day — it’s knowledge inaccessible to white people and, when confronted with it, most are incredulous.”

Yet, while race is, arguably, the most visible and egregious differentiator in the U.S. (and to varying degrees elsewhere), the broader issue is universal — as is the general cluelessness of the privileged. And the problem exists with every item on the above list, not just race.3 But if you don’t experience something as a problem then, well, does it really exist?4 Obviously yes, but if we live in a “gated” worldview, then we may well be blinded to the broader harm, and consequently immobilized in our willingness to be part of the solutions.

For Christians, one of the core values (and, I would argue, major attractions) of our religion is its commitment to human equality. And every parameter on the list (some would disagree on #3) is a consequence of circumstances. None of us get to choose our birth context. I certainly can make good or bad use of those circumstances (e.g. the parable of the talents) but what was handed to me, unmerited at birth, is dramatically different from someone who is, for example, a destitute homosexual female in rural Bangladesh. How many privilege parameters would such a person be able to check?

We read in the Bible (NIV):

“This righteousness is given through faith in Jesus Christ to all who believe. There is no difference between Jew and Gentile” —Romans 3:22

"There is neither Jew nor Gentile, neither slave nor free, nor is there male and female, for you are all one in Christ Jesus.” —Galatians 3:28

"For in Christ Jesus neither circumcision nor uncircumcision has any value. The only thing that counts is faith expressing itself through love.”  —Galatians 5:6

“Here there is no Gentile or Jew, circumcised or uncircumcised, barbarian, Scythian, slave or free, but Christ is all, and is in all.” —Colossians 3:11

Yet it is no secret that, within the Christian community — and Adventism is no exception — these ideals have failed often. Likely more often than not. Why? Could there be a greater core value in Christianity than equality, as exemplified by the above texts? I don’t think so. The common answer as to why such ideals often fail in practice, when considered most generally and abstractly, is that we are sinners and we struggle to leave that selfish, competitive mindset and rise to the ideals that Jesus has exemplified. But, at a more focused and pragmatic level, part of the failure is exacerbated by the extent we personally have some privilege parameter(s) that another person within our scope of influence (our “neighbor”) does not. Such less-privileged ones “breathe” a world different from ours, and must “swim” when ours is culturally normative. It is important, even necessary, that we privileged ones — even if it is only one of the more marginal parameters — actually try to see the “swimmers” around us. For only by first seeing can we truly face the decision to activate those higher principles of Christianity that we all (theoretically) align with — and work to reshape our world toward equality.

2. As I have struggled to do so, with French, as an adult.

3. See, for example: Traveling While Muslim, The Case of the Exploding Chocolate

4. So, if the police aren’t profiling me, are they then never profiling?