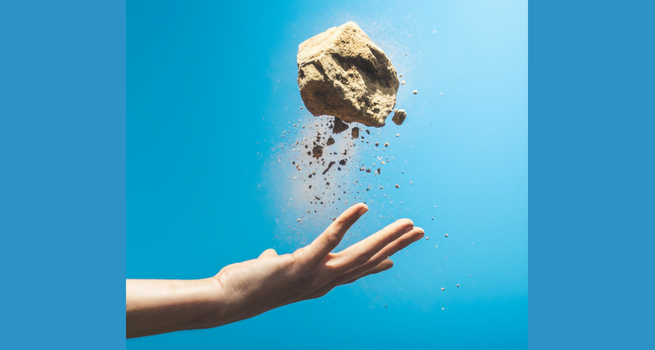 Few stories in the Old Testament are as gruesome as that of the man stoned to death for picking up sticks on the Sabbath. The narrative’s outline is clear, but the severity of the sentence is not. We find this account, the only documented killing in the Bible for Sabbath breaking, in Numbers 15:32-36. It is an eerie story. Our hapless protagonist is aptly nameless, for he is everyman.

With little elaboration the writer sums up this man’s entire life in a single paragraph. He went gathering sticks on the Sabbath. His fellow wilderness sojourners arrested and put him in the stockade. Later they took him before Aaron and Moses, and eventually the entire congregation. We learn the reason for this dallying: “[I]t had not been explained what should be done to him.” (15:34, KJV) There is a clear sense that this was a first, not only to the assembled throng, but also to Aaron and Moses. That might explain why God intervened and took the punishment decision away from Moses, declaring: “This man must be put to death.” (15:35, NJB) And with this statement, God bound everyone to his death command. The responsibility for killing him would be communal. All present should pick up stones and, with deliberate aim, hurl it at the offender – their neighbor and friend – until he died. And they all obeyed.

There is unease about this story. It is the same discomfort that nags every reading about Ananias and Sapphira. The core stoning story is very skeletal and shows the writer’s mastery of economy (or maybe a disinclination to linger). Since it lacks texture, we tend to read our reactions into it based on deductions and inferences, and not on actual evidence. We are not privy to why he did what he did, but that has not stopped us from speculating about his motives. Often, in a bid to justify God’s verdict, analysts have painted him blacker than the story allows. We impute sinister motives to him because we are horrified by the apparent disproportionate nature of the punishment. “It must be worse than the story lets on,” we reason, “why else would God demand his death?”

Let’s backtrack and re-acquaint ourselves with the genesis of the Sabbath law (Exodus 20:8-11). The commandment expresses two main thoughts. The first revolves around the sanctity of the day. God pronounced the day “holy,” “sacred,” “blessed” because on this day he rested from his “labors.”  So, from sundown to sundown on the Sabbath day, God bids us to refrain from all “recreational” activities. Again, the emphasis is on the sacredness of the day. Which is why, we would argue, another day cannot be substituted.

However, the day’s “specialness” is not discernable. There is nothing demonstrably unique about this day in comparison to the other six. The sun shines, the rains fall, flowers bloom – in equal measure on Sabbaths as on other days of the week. Natural disasters – earthquakes, tsunamis, wildfires – don’t pause to observe Sabbaths. If you woke up from a long coma and were not re-oriented to which day it was, you couldn’t tell the difference.

I recall reading about a European missionary who lived among an indigenous tribe somewhere in the tropical African jungle. She introduced her converts to Christianity and Sunday worship. But early in her interactions with the natives, she repeatedly lost track of the weekly cycle and was sometimes observed working on her thatched roof or hoeing her garden on Sundays. On some week days, thinking they were Sundays, she was corralling her converts for church service. There was nothing self-evident that distinguished Sundays from the other days after she lost her ability to differentiate the weekly cycle.

Even when we have a calendar and can identify the days, we may still have difficulty determining the boundaries of the Sabbath. This is a result of our church’s preference for a “sunset,” instead of a set time on Friday/Saturday evenings, as official beginnings and endings of Sabbaths worldwide. But what happens if you live in Svalbard, Norway, where there is no sunset for about half the year? Or in some places in Alaska where sunsets are sometimes rare?

I recognize that these are outlier scenarios. But they serve the point that without a calendar and a way to identify the weekly cycle, it might be difficult to distinguish the Sabbath day from any other. It is commendable that we recognize anomalies – whether in Norway or Alaska – where sunsets don’t conform to generally recognizable patterns, and make allowances for local Adventist communities.

If identification of the first part of the Sabbath command is nebulous, the second is not. It is about what we do or don’t do on the Sabbath, much more than the day itself. And that is what we have traditionally judged others by. Our Sabbath stick gatherer could have thought, fantasized, or dreamed about picking up sticks that Sabbath. And if that was all he did and didn’t act on his mental gyrations about picking those tempting sticks, no one would have hauled him before Aaron and Moses or the assembly. We are exposed only when we act on our thinking.

I became an Adventist as a teenager and remember fondly being surrounded by seasoned Adventists who modeled “proper” Sabbath behavior. All activities, especially what happened after “divine service,” revolved around evangelism and other forms of proselytizing. My mentor, Elder AC Abbequaye, introduced me to Prison Ministry. It was in the prisons on Sabbath afternoons that I felt most useful and needed. I peached, counseled, and listened. But more than anything, the prison atmosphere was all the reminder I needed to never be an inmate. Engagement with prison ministry was high on the Sabbath to-do list.

In the summer of my sophomore college year, I went to Sweden as a student colporteur to sell Adventist books. One Sabbath, the Stockholm Youth pastor invited my friend and me to spend the day with his church. After church and lunch, we accompanied the youth group to a nearby beach where some of the young people quickly organized an impromptu 4-on-4 soccer tournament, while others swam or just took in the sun on beach towels. I was not prepared for this brand of Sabbath observance, but I waited until the evening was over and gave the young pastor a piece of my disapproving mind. He listened quietly as I went through my sanctimonious speech. When I finished, he put his arm around my shoulders and whispered: “Matthew, occasionally, like today, we go to the beach on Sabbaths. It is one of various activities we organize to keep our youth together on Sabbaths, in a church atmosphere. We’ve decided this is better than risking having them be by themselves in the streets.” Looking back, I count that episode as one of my first meaningful lessons in the power of local solutions.

One of the fondest memories of my Adventist youth is associating the Sabbath day with excellence. It was drummed into us to be the best versions of ourselves every Sabbath. This included grooming, dressing, and manners. Nothing exemplified this better than in our attitude toward Sabbath foods. To the average Ghanaian, no food was better than fufu, surrounded by an ocean of soup choices – pepper, palm nut, or peanut butter. Ghanaians’ love affair with fufu transcends religion, tribe, education, or economic status. And it is with fufu that the early Adventist church in Ghana encountered a major conflict with its “only the best is good on the Sabbath” mantra. The reason? Fufu preparation is hard, sweat-inducing “work.” The boiled cassava is pounded into submission with a long heavy pestle in a wooden mortar.  It takes at least two adults to work this through. Because we couldn’t hide the fact that it took hard strenuous work to produce this magic, the early expatriate missionaries to Ghana had no difficulty banning the beloved cuisine from the Sabbath table. In the attempt to sort out competing values in early Ghanaian Adventism, the Sabbath excellence doctrine fell casualty to “work,” if excellence was perceived to be a product of labor.

But thanks mainly to the relentless march of technology, there is an emerging solution. Fufu can now be prepared without breaking sweat. These days, on Sabbath, Ghanaian Adventists in the western diaspora can blend or knead processed cassava or plantain to approximate pounded fufu. Since little noticeable manpower is expended, the fufu police are kept at bay.

The reason for these stories about Sabbath dos and don’ts is to highlight the fact that even though the Sabbath is the most unifying Adventist doctrine, we don’t endorse a uniform way of observing it. We accommodate our differences. But for many among us, what we do or fail to do on Sabbath is still fraught with guilt and doubt. That is why consideration of Jesus’ broader approach to behavioral issues is instructive. He says, for example, that thinking it is as bad as doing (Matthew 5:28), a radical thought which broadens our culpability and consequently lessens our eagerness to be first in casting the death stone. Concerning Sabbath “work,” Jesus appears to bait the religious leaders by defending Sabbath behavior that was deemed unlawful and could merit the death penalty (Mark 2:23-27). Then, in a switch, he uses the occasion to explain why the Sabbath was never intended as a shooting gallery for vigilantes.

How does Jesus’ new interpretive approach impact the law on Sabbath violation in Exodus (31:14) and the God-sanctioned killing of the man who gathered sticks? Whatever the implication, it should no longer be argued that this man’s gruesome killing served a deterrence in the light of Jesus’ explanation. God sees and values us as individuals. Calvary’s gift is for the individual and not the group. Therefore, I can’t fathom a God who makes individuals expendable for the sake of the collective. What I can attest to is that by liberalizing this Sabbath law, Jesus allows us all to breathe easier. We can exhale because the law that promised Sabbath rest had devolved into an oppressive burden of rules we carried around our necks every Sabbath.

So why don’t we stone Sabbath breakers anymore? Because we all do things on the Sabbath that, if judged by the standards which cost the stick-gatherer his life, ours would be demanded as well. We see, in the dead man’s sad eyes, recollections of our own tendencies and inclinations that got him killed. And we, like the blood-curdling mob that was at the ready to stone the “adulterous” woman before Jesus, read our own deep secrets in Christ’s sand – and cannot do it. We don’t stone Sabbath breakers anymore because we realize we are all Sabbath breakers who have found grace in the company of the Lord of the Sabbath.