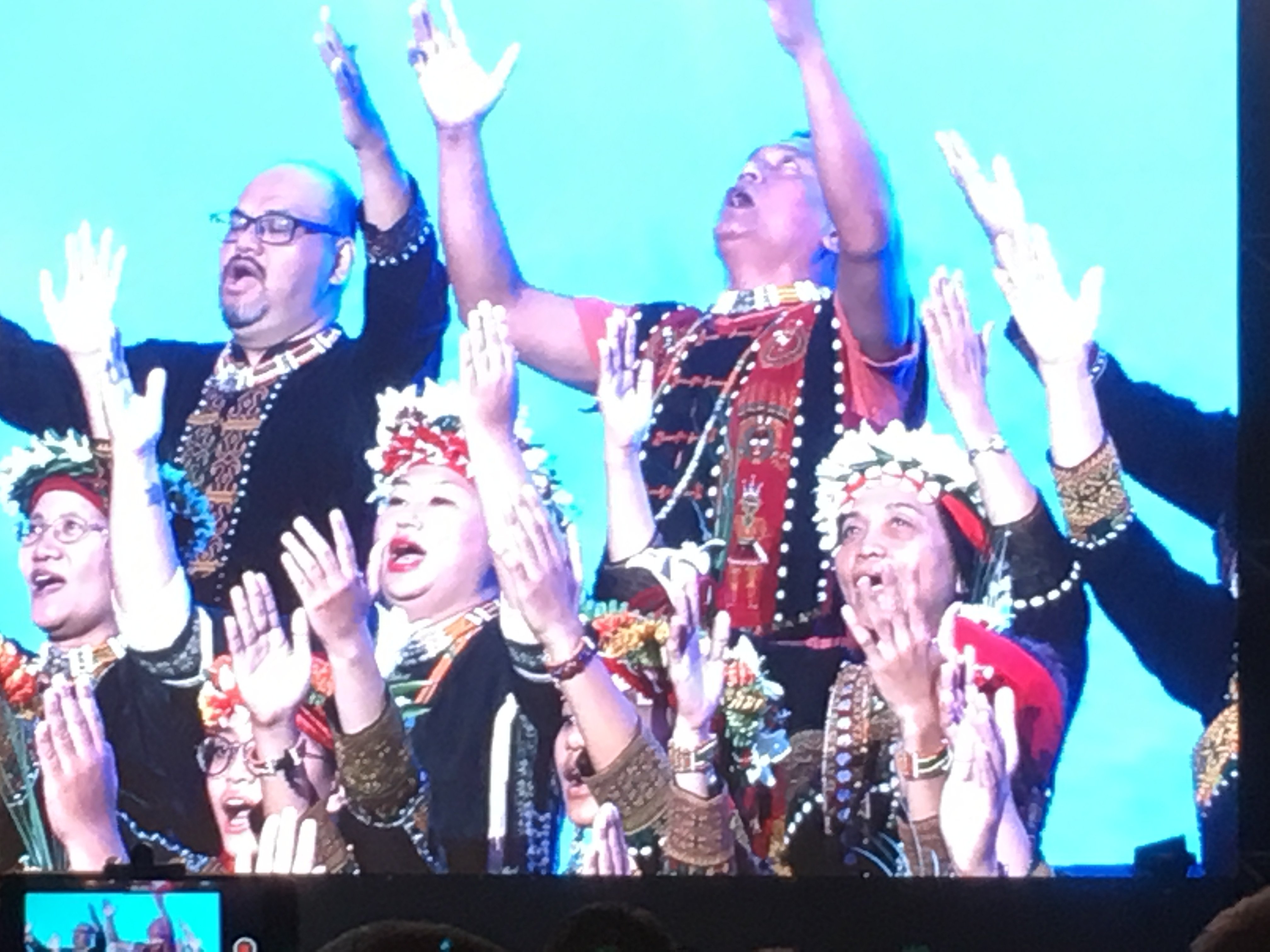 The penultimate day of the Northern Asia-Pacific Division's International Mission Congress on August 10, 2018,  featured sermons by Gary Krause and Mark Finley, more music from the talented Golden Angels and other choirs, and compelling short videos of different countries in the NSD. The saddest segment of the day was a tribute to Korean Pastor Ji YoungBae, who died of yellow fever in Brazil, while serving in a Korean church there.

The morning and evening programs in Seoul's Kintex convention center opened with songs of praise led by the Golden Angels singing group, as they did every day. “This Is My Father’s World,” and the theme song “Go Forward” were the most-repeated songs, so that we could hear them in our heads throughout the day. “Brighten the Corner Where You Are,” “Higher Ground,” “When the Roll is Called Up Yonder,” and “Turn Your Eyes Upon Jesus” were also favorites.

Special musical pieces also dotted the programs, adding to the color and cultural diversity. The Taiwan Choir — about 45 members in traditional dress, of all ages — accompanied by flute, guitar and piano, sang on Friday morning (see photo above).

The Taiwan Choir was followed by the morning sermon, given by Gary Krause. Krause, GC associate secretary and director of the Office of Adventist Mission, talked about the major mission challenges for the Adventist church.

At the beginning, the mission vision of the early Adventist believers extended only to the border of the US, Krause said. They then thought they could witness to immigrants to the US — maybe they would then share the gospel with their families back home. This was a “comforting rationalization.” They finally decided that God actually meant: “Go ye into all the world.”

In 1990, a new phase of global mission began, Krause said. Church leaders looked at the world map. At that time, there were 6.5 million Adventists in the world. They saw places where the church was strong, but also vast areas where there were no Adventists. Delegates to the 1990 General Conference session endorsed a new global strategy. They began working in a systemic way to plant churches in new areas. Today, thousands of new churches are being planted each year. Membership in the Adventist church has now reached 20 million.

"Why do we do it?" Krause asked. It is because of the great commission, and it’s part of our Adventist heritage. We only continue to grow as we continue to plant churches.

But we still need a bigger vision, Krause said. With the help of slides, he listed the major mission challenges for the Adventist church.

Total Member Involvement, or TMI, is a call for each and every church member to use his or her spiritual gifts for mission, Krause said. Some might be evangelists and preach. Some might give a bowl of soup to a sick neighbor. Both are important. Ellen White said: “Preaching will not do the work that needs to be done...This work cannot be done by proxy...Sermons will not do it.” She also said: “By visiting the people, talking, praying, sympathizing with them, you will win hearts. This is the highest missionary work that you can do.”

Adventists are not good at mingling, Krause said. But Jesus came down from heaven, put on human skin, and mingled. He showed sympathy and ministered to needs — emotional and physical as well as spiritual. He won people’s confidence. Then he bid them to follow him. Christ’s method alone will bring true success, Krause said.

Everything we do must be for one purpose: expanding the kingdom of God.

Everything must be based on Christ’s method of ministry.

After the sermon, it was announced that General Conference President Ted Wilson had arrived. (He flew into Seoul at 5:30 a.m.) He took the stage to a very warm welcome, with prolonged applause, and gave a short speech, with NSD Stewardship Director Kwon JohngHaeng translating. His longer sermon was scheduled for Sabbath morning. Following the morning program, and lunch, there were a variety of afternoon programs for congress-goers to attend.

Many wandered the 80 booths on the main floor of the convention center, some attended seminars organized by the booths and some went on outreach activities to the surrounding area of Seoul, including trips to distribute bottled water.

Throughout the day, music groups gave short recitals at a special stage set up outside the main hall. I particularly enjoyed seeing a drum group of Korean girls playing in perfect rhythmn, with energy and precision. After dinner, the evening meeting began at 6:30pm. After the song service, there were mission spotlight videos. A large project in Mongolia envisions a Gateway Center, including an academy, agricultural center, wellness center and resort & recreation center, catering to tourists and locals alike.

Another video took us through the history of the Adventist church in China, with snapshots of difficult times in the 1950s, up through the present. In 1950, there were 276 Adventist churches in China with 21,000 members. Today, there are 1,329 churches with 446,000 members. But it is not easy for Christians in China, as evidenced by the small number of Chinese representatives who were able to attend this mission congress.

Another video was a moving memorial to Pastor Ji YoungBae, a Korean missionary to Brazil, who died of yellow fever on January 12, 2018. His wife decided to stay in Brazil and continue his ministry in the Brazil Newstart Korean Church, even after her husband’s death. 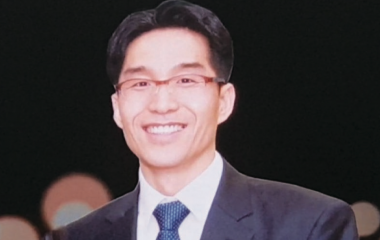 Other pastors who also died in the past year in car accidents, and as a result of cancer and other illnesses, were also remembered.

Again, the evening program was punctuated with music, including an interpretive dance to “Mary, Did you Know?” by three girls in flowing dresses.

Evangelist Mark Finley, assistant to the president of the General Conference, again gave the evening address (with an interpreter who translated into Korean, as all the English speakers have). He talked about how Jesus can distinguish between what is important and what is eternally significant. He used the example of Jesus knowing that Lazarus’ illness was important, but by waiting to go to his house, he was able to move past something important to something eternally significant. In raising Lazarus from the dead, he identified himself as the divine son of God.

Jesus has a purpose for every man, woman, boy and girl — and you, Finley said. What purpose were you born for? What can you do that will still count a trillion years from now?