How Healthy Is Adventist Eschatology? Reflections on Contextual Imbalance (Part 3) 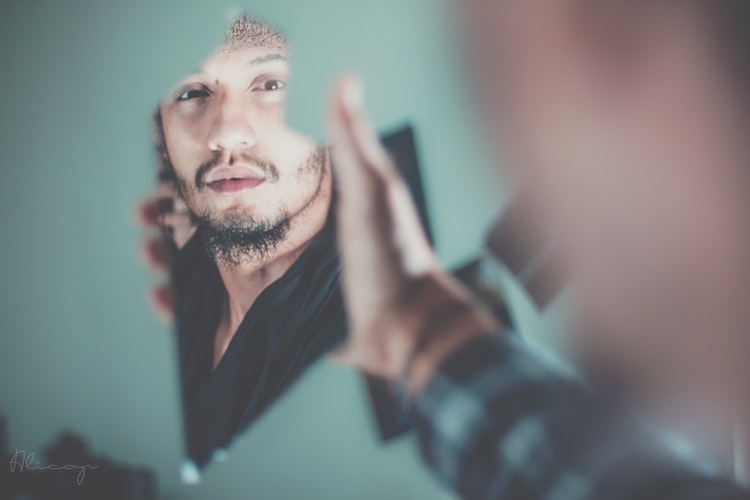 I have been examining the structural soundness of Adventist Eschatology from various perspectives. The first important level of reflection to take in account is the biblical one. Adventist Eschatology must start as a “Biblical hermeneutics” of the Eschatology expressed in the Bible. We cannot start elsewhere. We must remember though, that while remaining biblical, the understanding of Eschatology is not always crystal clear, definitive nor homogeneous. In fact, biblical Eschatology has an internal unsolvable tension and complexity nurtured and legitimated by its double soul: apocalyptic and messianic. And it is not easy to remain faithful to this double belonging. The history of Adventism shows, particularly in our days, an imbalance in our hermeneutics—toward the apocalyptic and away from the messianic. But the challenge does not stop here because we humans are not destined to be closed up in a book, even a sacred one. Our life is woven at the crossroads of various belongings and experiences. For this reason, Adventist Eschatology cannot be true and balanced if it remains faithful only to the Bible.

This necessitates a second level of reflection, bound to the community itself—to us. Without giving up our attachment to the Bible, we must also be able to articulate our Eschatology in relation to ourselves because the age we live in—with the particular expectations, fears and attitudes of our present identity, individually or collectively—are not neutral in relation to the theological and doctrinal statements we make on Eschatology. Eschatology is never an abstract and trans-temporal exercise. It always belongs, in its form and formulation, to an historical and situated subject. The articulation of Hebrew Eschatology, for instance, was not the same before or after the exile. The Old Testament Eschatology expressed by the prophets could not have been articulated this way in another historical period. The biblical prophets’ Eschatology expresses a typical post-exilic perspective. It presupposes the irreversible failure of their religious system; therefore, the main thrust is no longer “reformation” but “redemption” (A. Neher). In the same way, articulation of Adventist eschatology today must remain faithful to our pioneers but certainly not merely copy them. This would be the worst mistake. And this exercise of interpreting what we are today in the light of our own developmental identity is what I call an “Ecclesiological Hermeneutics” of our own community. It is true that our community needs to line up with biblical Eschatology. But it is also true that our biblical articulation of Eschatology must line up with the essentials of what we are today. The historical subject never disappears but contributes to articulate the biblical message on Eschatology. This is what the Bible teaches us. So what Adventism is today, in its heterogeneity, pluralism, and complexity, is also “theologically relevant” for formulating our own understanding of Eschatology. The meaning and success of this “Ecclesiological Hermeneutics,” then, depends on the perceptive capacity and wisdom which a community has toward itself. At present, we are not very aware of our own historical and social profile, quantitatively and qualitatively, and how that impacts our eschatology and theology in general.

But a third kind of reflection now emerges. “Biblical” and “community” understanding must be completed with the reflection of our socio-cultural “context” in relation to Eschatology. No church can remain healthy and faithful to the whole bible if it does not develop a balanced “Hermeneutics of society”—of its own socio-cultural milieu. And again the socio-cultural context of the Adventist pioneers must always be kept in mind but should not impose its paradigms and categories on us today. This is why I speak in favor of this “three Hermeneutics” and their continuous interaction because, among other reasons, understanding the Bible, ourselves, and today’s society, takes time to develop. What appears at first sight is not necessarily true for any of these three instances. Consequently, the final Adventist statement on Eschatology today cannot be one we copy from our pioneers, not even one we think we pick up from the Bible. It must necessarily be mediated by interpretation and understanding, played at these three levels of experience. It is important to explore this third level which concerns understanding Eschatology in relation to our current socio-cultural context.

1. A Courageous and Pro-active Premillennialist Option

Historically, Adventism has chosen a premillenialist understanding of Eschatology. Premillennialism, in Christian Eschatology, is the belief that Jesus will physically return to the earth (the Second Coming) before the Millennium. Premillennialism is based upon a literal interpretation of Revelation 20:1-6, which describes Jesus' thousand-year reign taking place after the “Second Coming”. We Adventists did not invent the “Premillennialist option,” but we have given it probably its best and most typical expression. However, the premillenialist view is a minority one across the large spectrum of Christian communities. Two specifications are necessary here.

First, Premillennialism is not limited to expressing a chronological sequence of final events. It also expresses a particular ontological understanding of human malaise which is neither transitory nor superficial. It is radical and structural. Consequently, humanity itself cannot resolve the situation. Christ must come first—before the millennium—because it is up to him resolve what we humans cannot. And he will resolve it in the Millennium. This then is a cosmological understanding of Evil, not just an existential, social or political evil that might be solved in human history with the best of our efforts. It is a radical evil that makes God’s transcendental intervention necessary. This is what Adventist premillennialism teaches. A radical pessimism toward human history and destiny. Postmillennialism, in contrast, has a more optimistic view.

Eschatology secularizes outreach from churches to society with churches then influencing and transforming society positively with its future-oriented focus. This secularized Eschatology assumes that the world is becoming more enlightened, fair, and just. The doctrine of progress promotes the sense that opportunity is on the rise and that old prejudices will wither away. The belief in progress had already emerged with the Enlightenment. But with the industrial revolution in the 19th century, this trust really became universal. According to this view, humanity was perfectible.  Education and opportunity would allow people to understand the world, improve it, and create a better society. Americans particularly loved this idea because progress as an intellectual construction goes back to the origins of the United States.  As a country, in the aftermath of its successful revolution against the mighty British Empire, the U.S. was celebrated as a new beginning, a departure from old, failed, European ways.  America would have freedom and opportunity and would avoid the perils of the European class hierarchy, in which the children of old aristocratic families enjoyed options unavailable to everyone else. The U.S., it was thought, would be different: open to immigrants, full of opportunity, with land free for the taking. It cut a new path, one that promised improvement, a break from the past. Over the course of the nineteenth century a selective reading of American history allowed this view to flourish. The U.S. grew in extent, population, and wealth. Science made strides as did industry. A vast array of immigrants from various countries and religions came to the United States and became citizens. Helped by a national public school movement, everyone learned about a past of freedom and opportunity and about the importance of upholding these traditions. The end of slavery—although hard fought and replaced at the end of the Civil War by a less-than-enlightened labor system for freed slaves—was easily incorporated into this story. An optimistic narrative of American cultural development posited continual improvement.

Adventist premillennialist Eschatology is contextually timely because it tries to resist the arrogance of this new "religion" of human progress. It does this theologically and spiritually, but not culturally and sociologically, because Adventism itself is—paradoxically—an expression of this trust in human capacity. This is visible in Adventist ethical perfectionism or in today’s Adventist administrative utilitarianism.

But presently, believing in progress seems harder. The current cultural backlash gives much cause to be disheartened. Gains by women, immigrants, and others are viciously ridiculed by politicians like Donald Trump—to great applause. Yet even before this recent public embrace of the politics of hatred and ridicule, evidence has mounted that the simple narrative of progress has failed to account for much. The twentieth century, which according to the narrative of progress ought to have witnessed vast improvement, gave us the Holocaust and two World Wars. As a society, we have largely given up on the perfectibility of human nature. Support for universal education and the conviction that education offers limitless opportunity is on the wane as well.  And we now know that once-touted industrial development came at huge environmental and social costs.

Argentinean-born psychiatrist and philosopher Miguel Benasayag describes our current historical time as the season of “cultural sadness”(“Les passions tristes: Souffrance psychique et crise sociale”). Appropriating and applying Baruch Spinoza’s category of “sad passions,” he describes the diffuse psychological pessimism particularly present today in European young people, but he tries to read it on a socio-cultural level. The individual pessimism would be, according to him, the result and further extension, on a personal level, of a larger and more structural orientation of European society as a whole. Benasayag’s differentiated diagnosis on pessimism is important because, beyond its descriptive validity, it also opens up a new therapeutic horizon. Psychological or psychiatric interventions here are definitely limited and insufficient because they do not address the issue of psychological suffering at its source: as a cultural perspective, as philosophical and anthropological “Weltanschauung”. At this level a true “meta-noia” is needed—a cultural conversion, able to re-orient and re-organize priorities, habits, strategies, and expectations differently; in short, a paradigm shift.

How then is Adventist Eschatology articulating its message in this new and different context? When the cultural context contained excessive euphoria our pioneers succeeded, at least partially, to balance it by articulating an Adventist Eschatology with strong apocalyptic tones. But now, in this dramatically changed context of uncertainty and doubt, we cannot repeat that same apocalyptic formula. Without giving up the apocalyptic component that every Christian Eschatology should preserve, we must certainly try to be much more Messianic—more messianic not only in fidelity to the Bible itself but also in response to an intelligent reading of our own socio-cultural context. Our structural premillennialist position must not push us to necessarily embrace a radical and unilateral apocalyptic pessimistic vision of humanity and society.