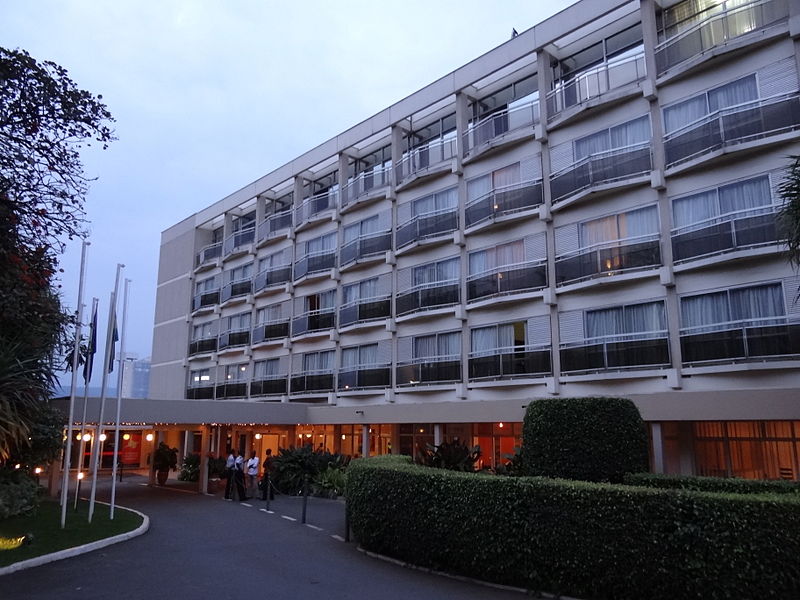 Carmen Lau, a board member of Adventist Forum, recently traveled to Rwanda as part of her research thesis for a Master’s in Anthropology, Peace, and Human Rights at University of Alabama at Birmingham. In this three-part series, she explores what led to the 1994 Rwandan Genocide, how the Church is healing in the wake of its involvement, and where church members go next.

Sadly for Seventh-day Adventists, our history includes the case of Elizaphan Ntakirutimana, part of the Hutu power structure, who was an Adventist pastor and the first clergy to be convicted for a role in the Rwandan Genocide. At the Mugonero Medical Complex, thousands of people sought sanctuary and believed he would shepherd them. Seven Tutsi Adventist pastors were part of the throng seeking refuge in the sanctuary, and they wrote a letter to Ntakirutimana using the phrase “your intervention will be highly appreciated, the same way as the Jews were saved by Esther” (Gourevitch, 1998). Pastoral malpractice abounded in Rwanda. Some Rwandans told me that at Gitwe, one of the places where the Adventist church was first established, they saw pastors and fellow believers singing Marching to Zion (#67 in the Kinyarwanda SDA Hymnal) as they did their “daily work” of destroying Tutsis and moderate Hutus.

How does a society (or a church) find peace after decades of enmity erupt to leave people stacked like mounds of potato sacks in streams of blood? A nation, like a person or a church, reveals its true mettle by what it does next. In 1994 in Rwanda, thousands trusted that a sanctuary would be a sanctuary, and it was not. Nyamata Genocide Memorial is a church that was an unsanctuary and is now a site where 50,000 people are buried. While there, I met a millennial genocide survivor who remembers his relatives being confident that they would be safe and have sanctuary in the church. Coping in the aftermath, he offers a narrative that, in essence, echoes the words of Fyodor Doestoevsky: “The line dividing good and evil cuts through the heart of every human being.”

The Psychology of Genocide: Perpetrators, Bystanders, and Rescuers distills decades of research and concludes that the rescuers are people who have developed individual agency and have moved beyond rote obedience to emotional intelligence. “Genocide cannot exist without a manipulative elite who do what they can to magnify all social differences. But does manipulation by elites assume a blank slate in the population as a whole?” (Baum, 2008, p.4). Baum asserts that in a genocide, the perpetrators are too fearful and constrained and have stayed in a state of arrested development that features an over identification with culture and social group and religion. Mature people are those who have moved from living in submission to authorities to a space of human flourishing and autonomy and commitment to a transcendent good. Many pastors in Rwanda were locked in a space defined by fearful dehumanization of others so that they were willing to disregard the notion of sanctuary and allow holy spaces to become scenes of horror.

In my view, a goal for our church must be to promote personal development so that members (and leaders) will have a strong core of defiance when needed. Carl Wilkens, the ADRA leader who was the only American to stay during the genocide (see part 1 of this series), uses the acronym, REI—respect, empathy, inclusion—as a non-negotiable waymark for a group or a person to use to ensure spaces of sanctuary. Bystanders have the potential to do good. If two people hear sounds of distress, the response of one person greatly influences whether the other person helps or not. For better or for worse, people imitate one another. Consider Milgram’s experiment on obedience in which he looked at the willingness of a subject to respond to higher authority even when the authority mandated acts that would conflict with personal conscience. Milgram’s subjects were told to shock a person with an increasing voltage of electricity to help the researchers understand how people learn. Despite hearing shrieks of pain, overwhelmingly, subjects cooperated. Another part of the experiment looked at how the presence of a hesitant confederate, planted by the researcher, would affect the responses of subjects. In the presence of a confederate who refused to submit to the experimenters’ authority, then 90% of the subjects also hesitated. Often, one hears the idea that the main goal of a parent (or a church) is to teach obedience. Maybe, one could say the wiser goal would be to teach core principles that will be forced to surface and might, at times, look like defiance. Wilkens’ emphasis on respect, empathy, and inclusion are core principles to stop chain reactions that might lead to atrocities.

A person’s sphere of influence can widen quickly for good or ill. Leading up to the genocide in Rwanda, radio stations broadcasted intense infectious racist ideas, and, eventually, a tribunal held a popular station’s manager and staff responsible for inciting the genocide. The Rwandan courts understood that influence matters and that words can kill. Paul Rusesabagina, founder of the Hotel Rwanda Rusesabagina Foundation, said, “Evil is a big ugly hulking creature. It is a formidable enemy in a frontal attack. But it is not very smart and not very fast. You can beat it if you can slip around its sides. Evil can be frustrated by people you might think are weaklings” (Rusesabagina, 2006, p. 206). Sometimes, “weaklings” might actually be the most emotionally intelligent and developed members of society who, in the end, save the society. It is unwise to depend on leaders to be a moral compass.

When our group visited the Kigali Genocide Memorial, a place where over 250,000 victims rest, I noticed people with mops, sloshing soapy water in the roadway at the entrance. The mopping reminded me of the idea of doing the task at hand as a force for good. I also tried to imagine the bloody streets in 1994 when average people responded to an order and used guns and machetes to kill about one million Tutsi and moderate Hutus within 100 days. In consideration of Milgram’s work that shows the influence of a person who chooses publicly to question dehumanizing orders, then one obvious step to promote peace would be to nurture emotional intelligence in people so that they are more likely to challenge orders and shifting norms mandated by authoritarian leaders—orders that disregard respect, empathy, and inclusion.

Nazi elite were given Rorschach inkblot tests for authoritarianism and were found to have three traits: overwhelming ambition, low ethical standards, and a strong nationalism. They were not insane, and the Hutu people in Rwanda were not insane in 1994. Political leaders had created structures that developed a critical mass of hatred and an aversion to respect, empathy, and inclusion with regards to a group labeled as “the other.” The line between good and evil runs straight through the heart of each individual. At least once, maybe more, each person will decide how to respond to escalating rhetoric that targets a different group or a person perceived to be an outsider. Remember REI.

Once to every man and nation,

Comes the moment to decide,

In the strife of truth with falsehood,

For the good or evil side,

Some great cause, God’s new Messiah,

Offering each the bloom or blight,

And the choice goes by forever,

Twixt the darkness and that light.

Gourevitch, Philip, We Wish to Inform You that Tomorrow We Will Be Killed with Our Families: Stories from Rwanda, St. Martin’s Press, New York City, 1998

Read Part 1 of this series here and Part 3 here.