A “Good-Father” or a “God-Father"? On Institutional Paternalism

A “Good-Father” or a “God-Father"? On Institutional Paternalism 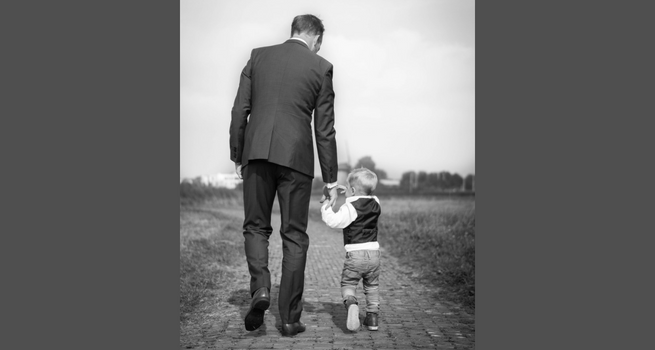 More than 360 Seventh-day Adventist theologians, college and university professors, and church administrators, convened in Rome, Italy, from June 11-21, 2018, for the fourth International Bible Conference (IBC). The gathering, which takes place every few years, seeks to explore a chosen theme associated with theological studies through the presentation of papers, discussion panels, and professional networking. The event is organized by the Biblical Research Institute (BRI), which exists to “promote the study and practice of Adventist theology and lifestyle as understood by the world church,” by providing research-based theological resources and by “facilitating dialogue within the Adventist theological community.” In Rome, the chosen theme was eschatology, a word that literally means “the teaching of the last things” and describes the study of last-day events and associated subjects. The choice of location (Rome), partnered with the theme (eschatology), is meaningful, explained BRI's sparkling and communicative director Elias Brasil de Souza.

The meetings, although interesting for the multi-faceted human friendship, Christian camaraderie, and some breakout sessions, nonetheless appeared as excessively homogeneous, unilateral, and paternalistic. No alternative voices were included—no women’s voices, no non-Adventist alternative readings, nothing other than BRI-ATS affirmative and institutionally compliant theologians—as if only Adventists knew what eschatology is all about. Unfortunately, that is not the case. Adventists have not invented Eschatology, and today's primary exploratory and fresh theological/cultural ideas on eschatology do not come from us.

And the same compact, unidirectional, and paternalistic tone also flavored GC President Ted Wilson's sermon on Sabbath morning, June 16, 2018. Everywhere around us world events are pointing to the soon coming of Jesus, said President Wilson. And it is time for every member to get involved and do something to spread the news. Based on Matthew 24:36–39, where Jesus taught that just before His second coming the world will be like “the days of Noah” before the flood, Wilson said there is ample evidence the current situation of our world is making those words a reality. “The world is literally falling apart,” he said. “Politicians can no longer ‘fix’ problems. The social and cultural norms of the past . . . are disappearing fast.” Calling the meeting in Rome to some extent “ironic,” Wilson also reminded attendees that “the ecumenical landscape is changing daily to reflect the fulfillment of Revelation 13,” which anticipates the rise of a political-religious power that opposes God.

In these “days of Noah,” Wilson explained, Seventh-day Adventists have been called to lift up Christ and His righteousness. It is a call that, according to him, includes going to the great urban centers and getting every member involved in mission. Using the well-known Bible metaphor of the watchman, the president called scholars, theology professors, Bible teachers, and spiritual leaders to “give the trumpet a certain sound” — to be clear and unapologetic about the prophetic narrative based on Bible truth. “Let’s not forget what our pioneers studied, believed, and preached,” Wilson said. He directed his audience to Genesis 6:8, which says that Noah “found grace in the eyes of the Lord” and called them to measure their efforts against that standard. He asked, “Is [God] pleased with what we are doing as academicians, theologians, administrators, and Bible scholars? Does He find us faithful as Noah was?” He then called attendees to stand like Noah in the proclamation of end-time events, based on the all-connecting grace of Christ. “That same heavenly grace that saved Noah . . . will save us,” Wilson said.

This “official” and “public” Sabbath sermon was introduced by the allusion to an event that woke up in the GC president an apparent deep pastoral concern. He said he saw that Sabbath morning two of us (theologians) improperly dressed, who chose not to attend the Sabbath morning meeting. Moved by a legitimate pastoral concern, he wrote their names down on paper—not to criticize or accuse them, of course, but to pray for them. And at the due moment, in the sermon, he presented their case—even if he didn’t mention the specific names—to the whole assembly as an example of what not to do.

His allusion can be read in at least two different ways: first, as proof of a meticulous and deep pastoral concern, or, second, as a sophisticated intimidation strategy. But the unavoidable question underneath, of importance to all Adventists, is this: Is it better to have a “good President” rather than a “Machiavellian" one? Is goodness in the GC presidency what really matters? “Good fathers” as much as “good Presidents” can easily become “god-fathers” and “god-Presidents.” This is what institutional paternalism is all about. To have “good presidents” is always very complicated. It is more than a mere question of efficiency. Paternalistic leaders tend to be unidirectional, non-dialogical, ultimate, and compact. And this for them is a sign of coherence and fidelity to the Bible and to the pioneers. They do not understand another language, another code. Is this attitude based on strong theological convictions or on a monolithic psychological structure? Probably both.

Conviction, coherence, and determination are certainly necessary, but they are not enough to build up a healthy leadership. “Good presidents,” often do not understand that churches, as much as mission, have differentiated stages of development. There is an initial stage of formation where things, events, and roles must be clear and unidirectional. But in successive stages of maturation, the rule is to value and pay attention to the exceptions. Exceptions express a community’s particularity, which emerges only in a true consultation, concertation, and conciliation process. In a true concertation process, the original plan always goes out modified and enriched. We need to pay attention to institutional paternalism not only because it deforms any leadership but also because it deforms the church itself. The symbiotic twin sister of a paternalistic leadership is a “childish church"—very efficient and obedient but also unable to elaborate a credible global assessment of itself. This is a church which follows its leaders as illuminated and untouchable Gurus and is unable to correct its leadership as much as be corrected by it. This is a possible poverty-scenario that Adventism must avoid and has the means to avoid. But it must increase the dosage of its own religious and cultural awareness and work to be led by the Holy Spirit, knowing that the Holy Spirit does not always create certainty, conviction, and determination. Sometimes, it creates reflection, healthy doubts, and changes of orientation. And here the imperfect Adventist European Church has something to say. But this is exactly what the GC presidency is not doing. He is not listening to what these regional churches are trying to say. Fundamentally, the Adventist European Church is trying to say that “Church Growth” does not necessarily mean “Church Development.” That quantity does not necessarily make quality. And two important signs of religious and social quality are these: first, the emergence of internal theological and administrative alternatives, and second, a mature relationship with the outside world. The outside world is not totally good or totally bad. Other Christian institutions also have a divine mission which we must learn to acknowledge.

Three characteristics in the GC president's sermon introduction are deeply questionable because they represent the kind of institutional paternalism that perpetuates the church in a “childish condition.”

We need to be affected by what we see in other people but not be obsessed by it. If people dress, eat, organize, speak, read, or feel in ways that are different than ours ways, we do not need to feel threatened or create strategies to control them. Even Samuel was tempted to judge Jesse’s children according to their external appearance and presentation. God reminded him that it is more important to see the invisible—the heart. If two Adventist theologians at a Bible conference in Rome wear alternative Sabbath morning attire, that is not necessarily a pastoral issue.

2. Pretending to know all.

The temptation to pretend to know what people really feel, do, or have in mind, based on limited and partial evidence, such as the way they are dressed, is certainly something every leader should avoid. Omniscience only belongs to God, not to us, even if we declare our good intentions.

And, if there is legitimate concern about the way some people dress, common sense teaches us to go and speak with them privately, not publicly, and even less, create an “eschatological” concern in an international biblical conference.

Paradoxically, more than a “true-president,” more than a “good-president,” and even less than a “god-president,” what we need today is a “wise-president.” A wise leader is one who, first, does not necessarily accomplish all he/she has planned to do. Exhaustive and complete administrative strategies easily become compulsive, mechanical, and even inhumane. Second, what he/she has in mind is never final and ultimate. It is only the initial ingredient that necessarily needs to confront itself with outside events and other people's input. To believe that our best ideas are essentially pure and perfect, and that they can only be spoiled by others, is ultimately diabolic. Third, what he/she chooses as the best strategy should always be ambivalent. It can eventually produce good results but never rules out unexpected collateral effects. Not to consider the limits of good strategies is idolatrous and naive.