President of Trinidad and Tobago Visits Campus of Adventist University

President of Trinidad and Tobago Visits Campus of Adventist University 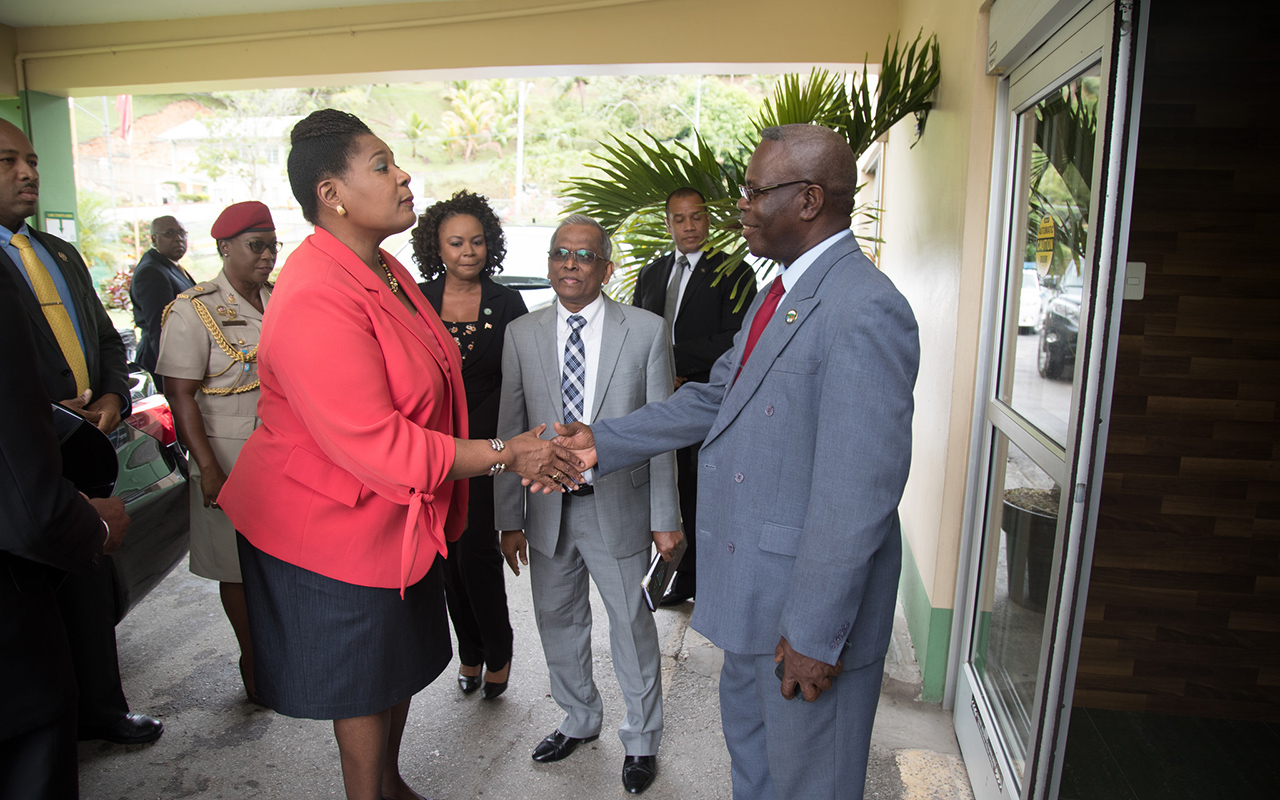 The President of the Republic of Trinidad and Tobago Her Excellency Paula-Mae Weekes recently paid a courtesy visit to the University of Southern Caribbean (USC), a Seventh-day Adventist operated institution in Port of Spain, Trinidad. Her brief visit included a meeting with USC administration and a group of students and a tour of the campus on June 21, 2018.

President Weekes applauded USC officials for educating thousands of students every year and said she was impressed with the beautiful Maracas Valley campus.

Kern Tobias, president of the Adventist church in the Caribbean Union and chairman of the board at USC, along with Dr. Hilary Bowman, president of USC, welcomed and thanked the Head of State for making USC one of her first visits since she took office in March. Weekes became the sixth president of Trinidad and Tobago and the first woman to hold the office of presidency as of March 19, 2018.

“We were delighted to meet her and share what the university is all about and how it offers high moral values and standards as we seek to improve the spiritual, mental, and physical well-being of students,” said Tobias.

The University of Southern Caribbean is fully accredited and supported as a tertiary level educational institution by the Government of Trinidad & Tobago through its accrediting body the ACTT (Accrediting Council of Trinidad & Tobago). It is also recognized as a teacher training institution by the Ministry of Education of Trinidad and Tobago. USC is affiliated with Andrews University in Berrien Springs, Michigan, United States.

USC is one of the oldest tertiary institutions in the Southern Caribbean, and prides itself on offering a holistic education in a safe, serene and green environment to its more than 3,500 students every year. USC offers 40 undergraduate and graduate degrees and recently graduated 588 students during its commencement ceremony ending July 1, 2018.

For more information and program degrees at the University of Southern Caribbean, go to usc.edu.tt

This article was written by Charlie Ann St. Cyr and Inter-American Division staff, and originally appeared on the IAD website. Photo: President of the Republic of Trinidad and Tobago Her Excellency Paula-Mae Weeks (left) is greeted by Pastor Kern Tobias, president of the Adventist Church in the Caribbean Union and chairman of the University of Southern Caribbean Board (right) as University President Dr. Hilary Bowman looks on (center), during her visit on the campus on June 21, 2018, in Port of Spain, Trinidad. Image by USC, courtesy of IAD.