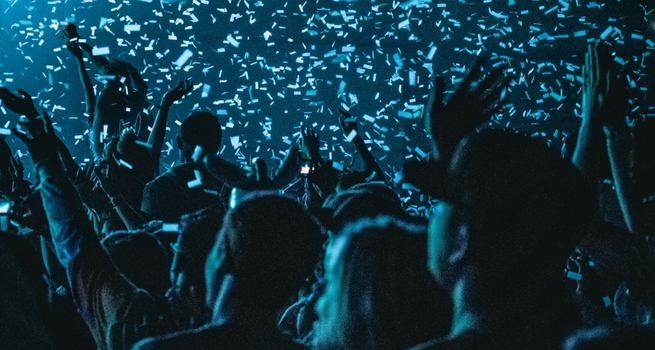 In the UK there’s the pound, in China there’s the yen, in Mexico there are pesos…nations around the world have their established type of currency. Several years ago, various countries in Europe united to use a single currency: the euro. It took some time to replace the local tender (except in the UK which ultimately decided to break from the EU anyway). But the euro can’t hold a candle to the one true universal currency: fame.

To be famous (or sometimes, infamous) is in some ways as valuable as having money. People extend credit against fame and the famous gain entry into exclusive sectors. As Kim Kardashian demonstrated, it can apparently even get you audience with officials able to pardon someone you’re advocating for. And although riches and notoriety often go hand in hand, that’s not always the case. In an age where anyone with a smartphone has the potential to go viral, becoming a household name is more feasible for the average Jane than earning mountains of cash.

Just like monetary wealth, people covet stardom and sometimes do unethical things to acquire it. Much like the warning given in I Timothy 6:19, the love of fame is the root of all kinds of evil. In fact, in today’s “celebrity economy”, many other biblical warnings referencing money can also be applied to fame. Most notably, the caution James gives against being a respecter of persons based on wealth can and should be equally heeded when it comes to fame (James 2).

Yet this is a pitfall Adventists often fall into. On a Sabbath where the sermon is being given by Barry Black or Wintley Phipps, attendance will swell to a far larger number than the local pastor may usually attract. Having Mark Finley or Carlton Byrd headline an evangelistic series is significantly more desirable than having the conference evangelist, even if the biblical messages are the same.

It’s important to interject that there’s nothing wrong with being well known. Just as Joseph, Abraham, Josephus, Lydia and many others were wealthy followers of God, there are many faithful famous followers of God as well. So there is no doubt being cast on the spirituality of those who acquire fame or monetary gain. However, we should be cautious that we don’t become preoccupied with either type of currency. And that’s a really big temptation to avoid—for pastors and members alike.

The “cult of the personality” is often billed as the driving force of success. But we ought to be driving people to Christ first. Just like Paul admonished people to follow God—not him or Apollo—we have to remind each other that Christ should be the one who deserves our accolades as opposed to any human being.

Not keeping this truth in mind can lead to some really disturbing consequences, especially when people fall from the pedestals we’ve placed them on. We can recognize and affirm people’s gifts and skills yet do so without elevating them to the status of infallibility. Otherwise, when they err (and we all do) the impact is devastating. How many pastors have been revealed to have engaged in sexual indiscretions, financial impropriety, or theological waywardness? And when these things happen, the revelations almost always rock the core of at least a few believers.

Recently, Doug Bachelor was taken to task about his statements on eternal subordination of Christ to the Father. This theological question has been studied and settled many times over. To put it bluntly, Batchelor is wrong. The fact that a beloved church darling was at theological odds with the established doctrine of the church caused a meltdown in some circles of Adventism. I would contend that there are several more of his beliefs that I’d take issue with. However, the more important point is that many who idolized him were taken aback and confused. Knowing that our favorites have flaws can often sting. I tried to teach this in my academy courses when I taught Religion. I recall when a parent gave me an Amazing Facts DVD to use in my class. I happily obliged, though probably not how the parent intended. I taught the students about properly studying the Bible for themselves. Then we went through the video segment by segment to check it against the Bible and highlight where it was on point and where it was wrong. Hopefully the lesson that “big names” don’t always get it right was a lesson that stuck with them. It’s one that some, disappointingly, learn too late.

Adventism relishes establishing celebrity connections with everyone from Magic Johnson to Angus Jones to Salt n Peppa. In this kind of religious culture, it can be difficult to break the habit of elevating the famous to a special status or even craving that status for ourselves. But like money, popularity is only a tool and not an end game. And, as with all tools we are given, the Christian mindset should be used for the glory of God first, not the glory of self. Perhaps in this day and age, alongside Financial Peace seminars, our congregations should start offering classes to responsibly use this alternate currency as well. That way we can learn that in whatever we do, we’re building up treasure in Heaven instead of earth, where moth and rust—and social media—might destroy.