Ella May Hartlein, Credited With the Invention of the Haystack, Dies at 98

Ella May Hartlein, Credited With the Invention of the Haystack, Dies at 98 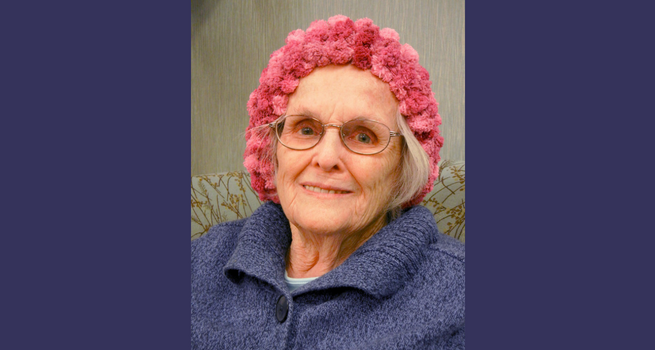 Ella May Hartlein, who for years worked alongside her husband in Adventist academies across the United States, passed away on Saturday morning, June 30, 2018, at the age of 98. Mrs. Hartlein is credited with the invention of the haystack, a dish popular in Seventh-day Adventist church communal and home gatherings across North America and elsewhere. The story below is adapted from an article published in the Adventist Review on November 26, 2009, telling the story of Hartlein’s fortuitous and consequential invention. —Adventist Review Editors

In the early 1950s, Ella May Hartlein and her husband lived at Arizona Academy (before it became known as Thunderbird Academy), where Mr. Hartlein was dean of boys. The young family enjoyed dining out at a local Mexican restaurant, and they were fans of the tostadas. Before long the Hartleins moved to Idaho, then on to Iowa, serving at an academy there. With a clear shortage of Mexican restaurants in those locales, the Hartleins missed their beloved tostadas.

One of the faculty members was approached by the local newspaper to share recipes from the faculty women for a small feature article. When the recipes were turned in, a concoction of chips, beans, cheese, and vegetables was labeled “Hartlein Special,” for Ella May. From there the dish went forth, though it is unclear when people began referring to it as a “haystack.”

Many years later, when a local pastor first came to Sligo Seventh-day Adventist Church in Takoma Park, Maryland, where Mrs. Hartlein was a member, she introduced herself to him. He immediately asked, “Are you connected with Hartlein Special?” The dish and its fame have gone far and wide. Known today as the haystack, it is loved the world over by many.