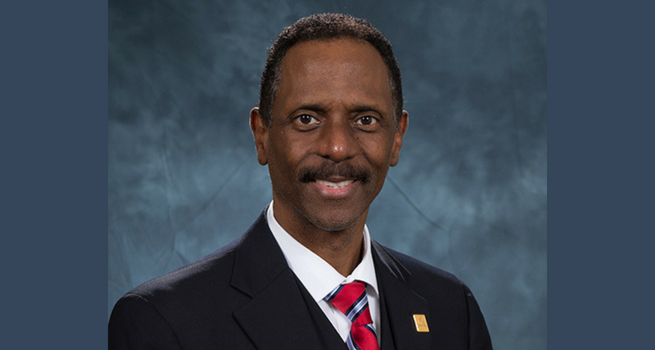 The associate director of the North American Division Adventist Chaplaincy Ministries (ACM) was recently selected for promotion to captain for the United States Navy Reserve. The promotion will bring Washington Johnson, II greater leadership responsibilities through extensive oversight for religious programming, and counsel to members of the Navy Reserve’s senior leadership ranks regarding spiritual, moral, and ethical issues.

“I am truly grateful to God for the blessing of this selection and the opportunity to continue my chaplaincy ministry in the new rank,” said Johnson. “It is a high honor to serve both God and country.”

Johnson’s new level of administrative authority in the Navy Reserve expands the scope of his duties to include strategic planning, and the training and development of other chaplains of various faiths. In his current role at ACM, Johnson facilitates endorsements, recruits prospective chaplains, and interacts with union and conference leaders.

“The promotion to captain will provide increased mentoring opportunities that will help to prepare the next generation of Seventh-day Adventist chaplains,” said Johnson.

This article was written by Mylon Medley, and originally appeared on the North American Division website. Photo courtesy of the NAD.