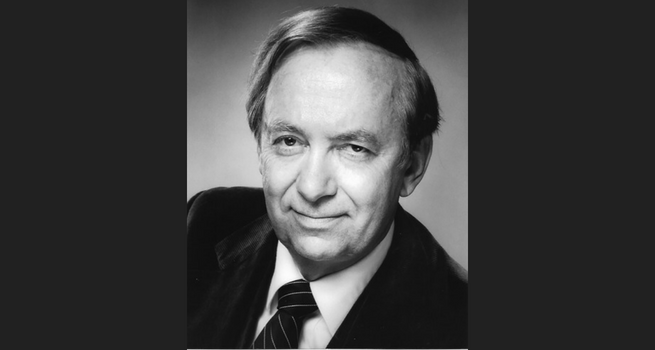 Hegstad, a 1949 graduate of Walla Walla University, became an expert in international religious liberty. His work took him around the globe, to the Soviet Union and Eastern Europe, beginning in the mid-1960s.

In 1959, at age 32, Hegstad accepted a call to the General Conference of the Seventh-day Adventist Church, then headquartered in Takoma Park, Maryland, as associate editor of Liberty magazine. Within months, he was promoted to editor. Hegstad edited Liberty for 35 years until his retirement in 1994. Throughout the years, Liberty won multiple awards for excellence in art and design from the Associated Church Press. Its circulation exceeded 400,000.

(Little known was Hegstad's brief concurrent tenure as the founding editor for Insight in 1970, a journal that targeted Seventh-day Adventist teens.)

During this time, Hegstad was one of the most widely recognized Adventist preachers. In 1966, he delivered the annual address for Americans United for Separation of Church and State at Constitution Hall. His son, Douglas, learned personally of Hegstad's speaking renown as he was commencement speaker at Douglas' 8th grade, high school, college, and medical school graduations.

In his early career Hegstad pastored churches in Ephrata and Clarkston, Washington. Hegstad expanded his education, attending summer courses at the Loma Linda University School of Public Health in the early 1950s then attended and graduated from the Seventh-day Adventist Seminary in Washington, D.C., in 1954. In 1956, Roland left pastoral ministry to become book editor at the Southern Publishing Association in Nashville, Tennessee, later becoming editor of the periodical These Times.

For a lifetime of service and expertise in church and state affairs, Andrews University awarded him an honorary LL.D., "Doctor of Laws," degree in 1991.

In retirement, Hegstad was recruited to edit Perspective Digest for the Adventist Theological Society, a role he continued until 2004. Early books he wrote include Rattling the Gates and Baseball, Popcorn, Apple Pie, and Liberty. He also authored Who Causes Suffering and Pretenders to the Throne, and co-authored Nobody’s Boy with Grover Wilcox, published in 2004. In 2005, he authored the last of a dozen books, The Incredible Power of Grace. In it, Hegstad speaks of his faith journey and aspirations, asking, "Can God really shine through us if we carry no cross to our Calvary?"

Born prematurely at home on April 7, 1926, in Stayton, Oregon, Hegstad weighed just two pounds. His mother put him in a large shoe box and placed him in the oven where the pilot light kept him warm.

A gifted high school scholar, Hegstad earned Oregon statewide first place for fiction writing and second place for his art. Offered a full ride journalism scholarship to Oregon's Linfield College, he chose at the last minute the recommendation of his aunt, Sylvia Peterson, to attend Walla Walla College. He was introduced to the Adventist faith community and baptized while a student there. He graduated from Walla Walla College (now Walla Walla University) in 1949 with degrees in journalism and theology.

Hegstad married fellow Walla Walla College student Stella Radke in 1949. Son Douglas Hegstad was born in 1953; Sheri Clarke, in 1954, and daughter Kimberly Handel in 1965. His five grandchildren didn't call him "Doctor" or "Grandpa," but “Yum Yum,” a moniker he earned because of the endless supply of sweet treats they found in his desk drawer and pockets.

The abiding presence of his life journey has been his wife. "Mom and Dad genuinely liked each other," recalled Douglas. "They liked their kids. They shared aspirations and loved their life."

By 2004, cognitive decline from Alzheimer's disease began to interfere with Hegstad's work and personal life. To the end, Stella held tight to memories and faith, improving every one of his days. Though he could no longer have a conversation, Stella enriched his life with daily visits, discovering she could make him feel good even when she couldn’t understand his words. Kimberly reflected, "Dad did some good things and made some good life choices, but the best was courting and wooing Stella as his life partner."

On June 17, Hegstad died at Elternhaus, Inc. Assisted Living, in Dayton, Maryland, where he had resided for six years. Stella and Kimberly were at his side, sharing underlined Bible promises from Hegstad's well-marked Bible and conveying abiding love.

“For me he will always be ‘Mr. Liberty,’” said Lincoln Steed, current editor of Liberty. “As a young man growing up in the church I listened spellbound to his tales of battling for religious liberty in the age of Communism. He was a dynamic speaker and had the gift of storytelling….He was a model of the engaged editor who not only assembled a magazine but lived and breathed all that it stood for. He was one of the last of a breed of Adventist editors who defined who we are. He will be missed but never forgotten by those who cherish religious liberty.”

“As the editor of Liberty magazine for 35 years, Roland set the standard for what we see even today,” said Orlan Johnson, director of Public Affairs and Religious Liberty (PARL) for the North American Division (NAD). “He was a consummate professional, a great writer, and one of the early thought leaders in the Adventist church on the concepts of liberty and freedom for all.”

Alvin Kibble, NAD vice president for PARL, echoed these sentiments: “I want to express our sadness over the passing of Roland Hegstad: church leader, minister, author, editor, activist. Elder Hegstad served our church with distinction for many years and was a recognized voice in church councils and assemblies. His publications were deeply valued and offered much needed counsel and instruction. At challenging moments his counsel was a guiding force in matters of Public Affairs and Religious Liberty.”

He is survived by his wife, Stella; son, Douglas; daughters Sheri Clarke and Kimberly Handel; and 5 grandchildren.

A private graveside service will take place on June 22; a memorial service is being planned for July. Condolences may be sent to Stella Hegstad at 17025 Oak Hill Road, Spencerville, MD 20868.

This life sketch was written by the Hegstad family, with reporting by the North American Division’s Office of Communication, and originally appeared on the NAD’s website. Photo courtesy of Sheri Clarke/Hegstad family/NAD.