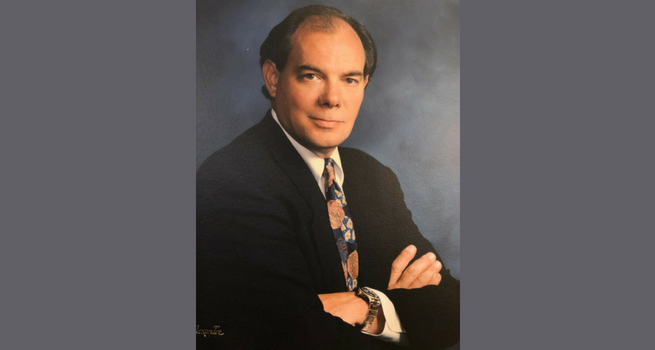 Welebir, 75, had been a practicing personal injury lawyer for the past 50 years, including on the Stringfellow Acid Pits trial in which thousands of residents of what is now the city of Jurupa Valley sought compensation in the early 1990s claiming a leaking toxic dump in the hills above was making them sick.

“When you think of Doug Welebir, the words that come up are integrity, kind, funny, and really nurturing,” said Penny Newman, a local activist who worked with him on the case, and stayed in touch with him since.

In 1962, Welebir received his bachelor’s degree from La Sierra College in Riverside, now La Sierra University. He went on to receive his law degree from USC School of Law in 1965.

At the age of 25 he was asked to help a committee working to incorporate what was then the small town of Loma Linda, and in 1970, at the age of 26 the young lawyer was voted in as the new city’s first mayor.

Over the next four years he ushered the city through its infancy. His biggest accomplishment in that time, said his widow, Constance Welebir, was bringing in the Jerry L. Pettis Memorial Veterans Hospital.

Welebir and members of the incorporation committee have streets named after them on the south end of town.

The founder of the Welebir Tierney law firm, one of his biggest cases was as lead plaintiff’s counsel in the acid pits trial which resulted in a $110 million settlement for 4,300 plaintiffs.

“It was a hard time because the plaintiffs really had their whole lives opened up to the public to view: your health issues, everything. And Doug was one of those who could walk us through that, hold our hands and prepare us for what was going to come,” Newman said. “He always did it with such humor.”

The trial took about 10 years from preparing for court until the settlement was distributed.

“There wasn’t much that kept him down,” Newman said. “He really enjoyed life, and enjoyed people, and appreciated people.”

He was an original board member at 1st Centennial Bank which was founded in 1990 in Redlands. The bank supported many community causes, from the Redlands Bowl and the Redlands Symphony to the Fire Department.

In 2007, the bank was recognized as one of the top industry-earning performers with more than $500 million in assets, but in 2009, in the midst of a nationwide financial meltdown, the bank failed, leading to a lawsuit against the bank’s former directors and officers, including Welebir. The defendants had said of the Federal Deposit Insurance Corp. lawsuit, which ended with a $7.25 million settlement, that no one could have predicted the crash.

“It was just a bad deal,” Constance Welebir said. “Of course you feel bad about it.”

The last few decades, Welebir had really enjoyed teaching, lecturing students about the business aspects of medicine at Loma Linda University and La Sierra University, among other schools.

“He was a voracious reader. He loved history. He loved his country. He traveled all over the place,” his wife said. “He thinks people should all read history to learn from it, not repeat it.”

In addition to his wife, Welebir is survived by his daughter Melissa and her husband Brent; sons, Matthew and wife Payvand, and Morgan and wife Valerie; three grandsons and a fourth on the way.

This article was written by Jennifer Iyer and originally published by Redlands Daily Facts. It is reprinted here with permission. Video courtesy of Loma Linda University Church.