Soccer, Eschatology, and the Kingdom – A Theological Reading of 2018 FIFA World Cup 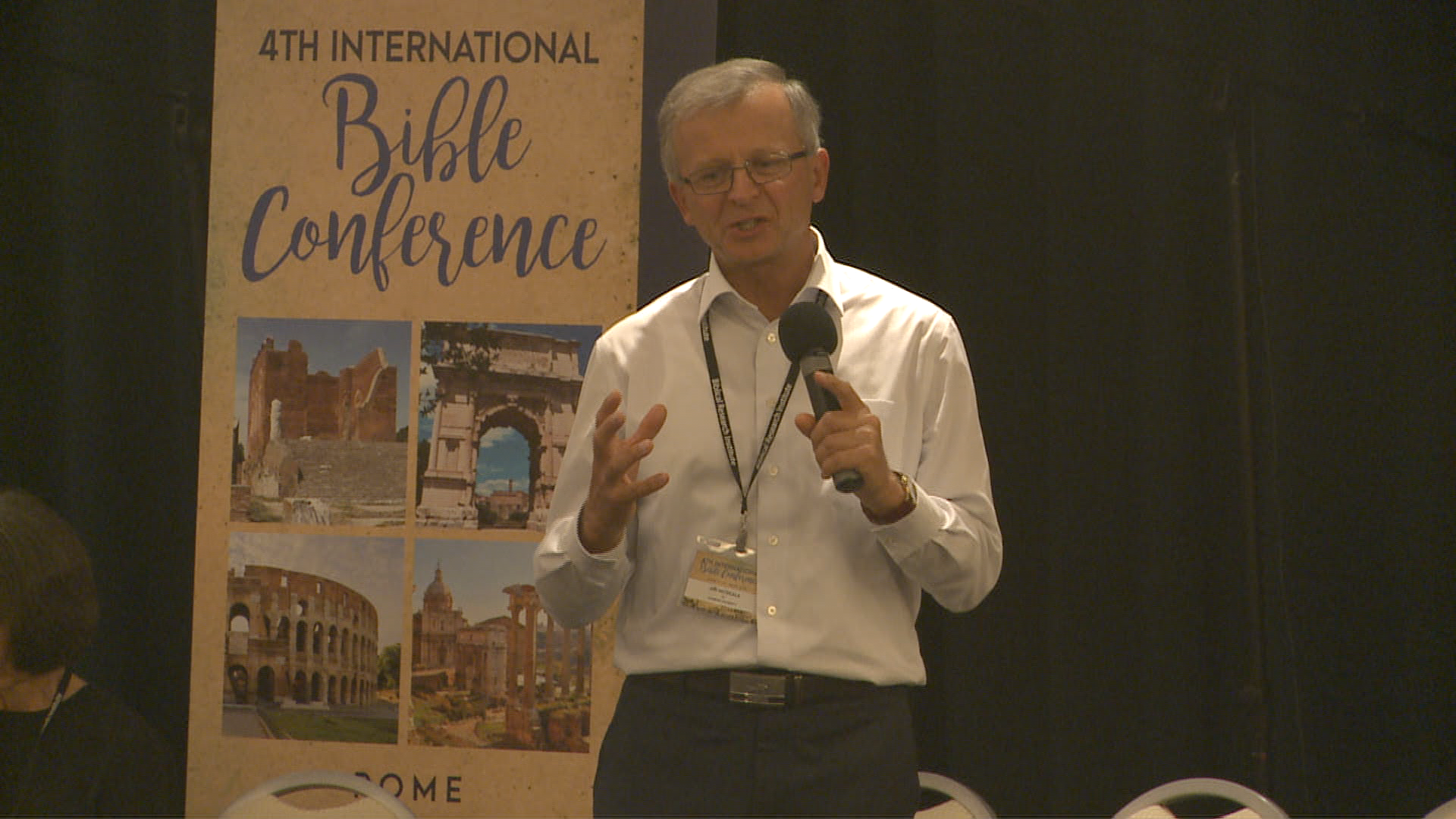 The 2018 FIFA World Cup officially kicked off on Thursday with host nation Russia beating Saudi Arabia five goals to none. The tournament involves 32 national teams, which include 31 teams determined through qualifying competitions and the automatically qualified host team. Iceland and Panama will both be making their first appearances at a FIFA World Cup. A total of 64 matches will be played in 12 venues located in 11 cities. The final will take place on 15 July at the Luzhniki Stadium in Moscow.

Putting together soccer and theology may at first appear superficial or even sacrilegious. And this possibly irreconcilable and asymmetrical polarity could be better described—paraphrasing Tertullian’s well-known aphorism—“What indeed has Athens to do with Jerusalem?” by also asking what is the rationale for bringing together “Soccer and Theology?” or even “Thinking and Play?” In order to justify this atypical theological enterprise, perhaps I should quote Johan Huizinga’s provocative thesis on the “homo ludens.” According to him, the deepest essence and vocation of a free humankind is best expressed in “Play.” Or Jürgen Moltmann’s sophisticated thesis of the primordial aesthetic vocation of human beings (“Die Ersten Freigelassenen der Schöpfung”/“Theology of Play”). My motivation is more modest and circumstantial. I am a Peruvian theologian from Lima who happens to teach theology in Florence Italy, and ritualistically plays a cathartic soccer game every Sunday. Consequently, I intensively debated with my conscience on this clear sky summer afternoon whether go to a plenary session of the 4th International Bible Conference on Eschatology, hosted in Rome, or stay home to watch the inaugural match of the 2018 World Cup on TV.

Soccer and sports in general, many people argue, are fanciful and sophisticated distracters in order to avoid paying attention to what really matters in life. Simon Kuper and Stefan Szymanski’s book, “Soccernomics”, expresses an even more drastic judgement. They describe soccer from below, as an immanently petty and rundown enterprise. They are certainly not mistaken in most of what they say. In fact, a major theme in “Soccernomics” is the burden of tradition on how soccer clubs are run. Managers are hired too soon, barely interviewed, and usually proceed to buy big-name players to resolve a crisis. This, the authors argue, keeps the fans happy but is a suicidal pattern that easily becomes a social and cultural perversion—a kind of updated imperial Roman “bread and circuses” for today’s consumerist and hedonistic societies, filling that need to escape the boredom of our efficient but mechanic lifestyle. Selling us the illusion of a transitory, redemptive 90 minutes of anesthetizing ecstasy. But can a critical analysis, such as this, really undo the real but hidden treasure of soccer bliss that only the sport’s faith and passion is able to perceive? Augustine of Hippo reminds us that truth is never far away from error. Or, said otherwise, the presence of error is not a sufficiently impeding condition to the manifestation of truth. The church as a “corpus mixtum” (mixed body), articulated and defended by Augustine against the intransigent and perfectionist Donatists,  still reminds us today that religious expression – as every human reality, soccer included – remains an ambivalent activity. Not thoroughly good, not thoroughly bad.

1. Soccer as a Metaphor for Eschatological Unpredictability

Ted Richards, editor of the book Soccer and Philosophy. Beautiful Thoughts on the Beautiful Game, extols a transcendental dimension of soccer which, by its structure and nature, is and expresses an open vocation. While the game is governed by inescapable rules, they never suffocate the surprise. This unpredictability and transcendence is not expressed in the individual’s creativity. In soccer, the transcendence is bound up in the group, with true surprise not in a stroke of individual genius but is always relational and emerges from within the complex, heterogeneous, and synchronic interaction of team communication throughout the game. This irreducible capacity for surprise is seen for instance in Brazil’s 1950 World Cup “Maracanazo," in Italy’s unexpected victory in Spain 1982, or in Italy’s 2018 exclusion from this FIFA tournament. Even now, in Russia, after these first games played, anonymous Iran has defeated Morocco and unexpectedly leads group B over Ronaldo’s Portugal and Iniesta’s Spain.

In contrast, Adventist Eschatology has become very predictable. In our Adventist, too-linear Eschatology, other Christian churches’ apostasy, culturally godless secular processes, Adventism’s obedience and genius and even God himself appear chained to a deterministic future only Adventists know. And a clear expression of this predictability is incarnated in this 4th International Bible Conference on Eschatology, organized by BRI (Biblical Research Institute). The plenary speakers are roughly the same as in the Izmir 2006 or the Jerusalem 2012 Bible Conferences. Official and institutional Adventism, by a self-damaging and blind theological stubbornness, is losing the capacity of giving expression to a necessary though limited theological and administrative plurality. And this is this not very biblical because, in the Bible, unity is neither homogeneous nor monocentric. For example, in Acts 15 church authority does not force an absolute and compact unity, neither administratively nor theologically, but rather becomes the guarantor of a tensional and interacting plurality, that of the Judeo-Christians and the pagan-Christians. An excessively homogeneous community easily becomes formal, mechanical, and dead.

Denis Muller, theologian and ethicist from the university of Lausanne, Switzerland, in his book, Le football, ses dieux et ses demons” (“Football, the Gods and the Demons), reminds us that soccer is by nature a competitive sport because it is built on and requires a true confrontation. But this legitimate dimension can easily degenerate into an obsession for winning and become blind fanaticism. When this happens, soccer loses its cathartic nature and can become a demonic false religion in the sense of overturning values, principles, and relations. It becomes an “ersatz” religion with its own rituals, relics, and dogmas. But in normal conditions, continually monitored and assessed, soccer is the perfect metaphor of a virtuous mix of apocalyptic agonism and messianic bliss.

Apocalypticism and Messianism structure express the irreducible tension at the core of any healthy eschatology. Apocalypticism is a distinctive combination of several core axioms, including conviction of the imminent end of history, as related to the central category of Judgment. Messianism, instead, represents a second way of understanding the future, not based in Judgment but in the expectation for an end-time agent (Messiah) who plays a positive redemptive role. Therefore, the main messianic categories are “Fullness,” “Fulfilment,” and “Flourishing.”

However, Adventist Eschatology, since the very beginning, has configured itself as an Apocalyptic Eschatology, not a Messianic one. And since our theology tends to be clear and pragmatic, it has been almost impossible to preserve and maintain this foundational biblical paradox (coexistence of an Apocalyptic and a Messianic eschatology) together in tension. We are allergic to complexity and paradox. For us, both these categories are synonymous with compromise and unfaithfulness. We must resolve, choose, and articulate a univocal eschatology. We have not been able to preserve this foundational ambivalence. But ambivalence does not mean ambiguity. Confusing both has lead us to build up a superficial, pragmatic theology. A “healthy” and (not simply) “true” theology cannot cease being ambivalent because the theological enterprise is always complex. It is, after all, trying to describe God, Humanity, and the Cosmos.

This was the valuable clarification of new testament scholar Jon Paulien, from Loma Linda University, in the introduction to his paper titled “The 1260 Days in the book of Revelation” in a breakout session that spontaneously became a plenary one by an immanent push from below, from “vox populi.” Paulien called for an urgent integration of what he calls “apocalypse” and “healing” or, taken from E.G. White perspective, between The Great Controversy and The Ministry of Healing.

Franklin Foer’s book, How Soccer Explains the World. An Unlikely Theory of Globalization, reminds us how soccer has become a planetary phenomenon of integration. Soccer, as such, already has this anthropological strength of uniting persons, cultures, and nations. But in a world tournament, such as the one going on presently in Russia, this structural inclusive capacity expands exponentially. The FIFA 2018 World Cup, as in the past, becomes the global space of an extraordinary and dynamic multiculturalism where everybody is included and can make their voices heard in a territory beyond all other particular territories, i.e. that of the hosting nation. This neutral host is a metaphor of God’s coming Kingdom characterized by its eschatological absolute universalism in which every nation, tribe, and kinship will be welcome.

The complexity of God’s coming and inclusive Kingdom was the theme of the paper presented by Old Testament scholar Miguel Gutierrez from Italian Adventist University in Florence, on “The Eschatology of Zechariah 9.”  The complexity is shown by the inescapable tension between present and future, apocalypse and messianism, local and universal. If soccer is able to maintain the tensional polarities which characterize its structure, goal, and nature—and see them not as obstacles to overcome but as guarantee of its meaning—why can’t we Adventists do the same? Why are we obsessed with dismantling the founding polarities and paradoxes of our own eschatology? To live with human and theological polarities and founding paradoxes, we need what Greeks called “Phronesis” and Hebrews called “Hokma,” —i.e wisdom. Our goal should be not only that of being a “true,” but above this, a “wise” church.