What Does It Really Mean to be In the World but Not of the World?

What Does It Really Mean to be In the World but Not of the World? 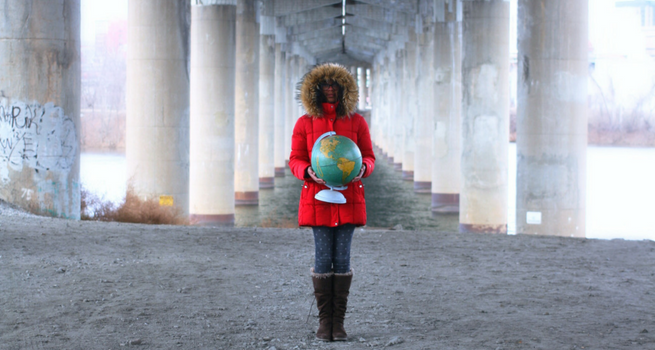 The movie Black Panther recently experienced unparalleled success for a superhero movie, breaking all sorts of box office records. Cue my social media feeds to then start showing memes and other messages saying as Christians we should not be attending the cinema, or well-meaning Christians saying we are to be in the world but not of it (a direct reference to John 17:14-15).

But is this truly the message being communicated in those verses? Are we as Christians meant to freely forsake entertainment and the arts? I don't believe this was the thrust of what Christ was saying.

When we look at some of the New Testament writings it is clear that those authors have been influenced by their time and place. Their writings bear ideas and structures of arguments that are so similar to the great philosophers of their time that it is impossible to say they were not influenced by them.

Hebrews 8-10, for example, appears to draw on Plato's Allegory of the Cave in its referencing of the sanctuary as a copy and shadow of the heavenly one.

Epimenides, a Greek poet and philosopher, wrote "Cretans, always liars, evil beasts, the bellies." Compare this to Titus 1:12. Another example would be to compare 2 Timothy 4:6 with Plato, "The hour of departure has arrived, and we go our ways, I to die and you to live. Which is better God only knows."

So much for not being of the world!

I say this not to discredit Paul or any other New Testament writer, but to provide context. It appears that the authors of the New Testament were fully cognizant of what was happening in the world around them, and were fully engaged with it so much so that they were even able to quote philosophers and poets. Is it fully inconceivable that had movies existed, they would not have been able to quote them, too? Was their knowledge of contemporary art and events around them of benefit to their mission of spreading the gospel?

So just what does it mean to be in the world but not of the world considering that New Testament writers were clearly knowledgeable of the arts? Perhaps the best thing to do would be to look at what society was like at the time.

The Jews by this time had been under oppressive and corrupt Roman rule for years and had grown angry and bitter, leading to violent revolts. The Jewish leadership was legalistic, corrupt, and unforgiving. They had become in love with power, but they were also afraid of losing their nation and religion, or in other words, their identity (John 11:48).

This fear led to them conspiring to kill a man on the basis that someone other than themselves should suffer so that their way of life might continue. And this is only the rough overview! However, it is enough information to understand the gist of what it means not to be of the world.

If we are not to be of the world, then we must be the opposite of what society was then, and is leaning towards now. This means we must be forgiving and slow to anger. We must be honest in our dealings with one another and we must not be so focused on the letter of the law that the spirit of the law is missed. We must not be selfish and so overcome with fear that we are willing to sacrifice the lives, wellbeing, or happiness of others in some perverse notion that it is our role to preserve a country or religion. We are not called to abandon the world. We are not called to simply be physically present and not participate in life. We are called to be the salt of the Earth, the light in the darkness. This is what it means to not be of the world.

Photo by thomas scott on Unsplash