How Healthy is Adventist Eschatology? An Exogenous Imbalance (Part 2)

How Healthy is Adventist Eschatology? An Exogenous Imbalance (Part 2) 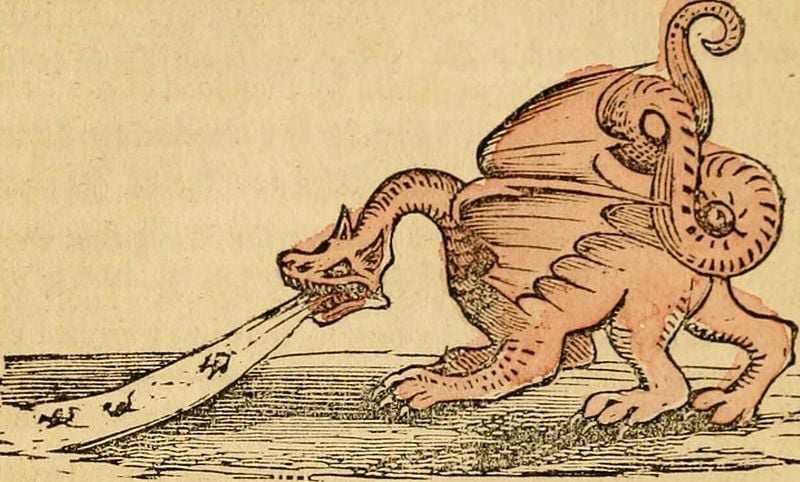 Christianity, historically and structurally, was born as an eschatological community. While this emphasis has not always been preserved in subsequent Christian movements, the same affirmation certainly still remains true for Adventism. But here we need to remember that both Christianity and Adventism need to pay careful attention because they continually face two different and opposite kinds of challenges. The first one, by default, is that of forgetting, or even escaping, from eschatology. The second one, by excess, is unbalancing it. It’s not always easy to say which of these two divergences may be involved in influencing the general profile of not only Christian communities but also secular societies. This is because Eschatology, at present, poses a political as much as a theological problem. The category of “End,” in the past announced only through prophetic revelation, has now become a realistic possibility for humanity, through the development of contemporary science, technology and politics. Today, without calling for God’s intervention, the “End” of humanity and of the World is possible on a purely human basis (e.g. nuclear destruction).

The common and more diffuse understanding on this issue is that Christianity and secular societies have mostly adopted the first option – that of having drastically reduced, even abandoned, their interest in Eschatology. The hypothesis I am suggesting in this series of articles on Eschatology, is the opposite. Adventism and our current surrounding secular societies are, instead, more eschatological than it appears at first sight. They are very eschatological, but in a unilateral and unbalanced way. In last month’s column I tried to describe the Adventist eschatological imbalance from within (endogenous). This time we’ll consider it from the outside (exogenous), and for this reason I will briefly make reference to the socio-politico-cultural history of Western secular societies. Let’s proceed then by examining four historical stages in the development of Western Eschatology.

Eschatology was born with the Old Testament. In Israel, if we compare it with the surrounding cultures and religions, the time perspective drastically changed because the future is no longer a mere copy of the past. It brings something new. The promised future engraves things, persons, groups and events with a tension they can’t avoid or cancel. It represents the essence of their vocation and identity. It is tension toward the future. With Israel there is born a new “linear conception” of time. But Hebrew Eschatology, more than just representing a new chronological and quantitative understanding of the future, instead articulates a new political and a qualitative understanding of it. The future is the center because redemption must be, if eschatological, for everybody — and visible, i.e. political. And these two conditions, universality and visibility, will be guaranteed by the true Messiah. Jews, somewhat reasonably, question the veracity of the Christian Jesus, and even more of his followers, whom they see very much stuck in a mistaken understanding of salvation — one which looks too exclusive and too spiritual.

But if “cyclical time” was mistaken concerning the future, because it resulted in a too “domesticated” future, the same can happen with “linear time.” No understanding of time, cyclical or linear, has an absolute biblical endorsement. What is important for the Bible is the substance and trend. And the trend of “linear time,” as incarnated in Christianity and Western societies, poses different but serious problems. And, I suggest that the three subsequent historical stages constitute three radicalizations that linear time has suffered.

This new understanding of the future, introduced by the Hebrews, was not substantively changed with the arrival of Christianity. Christianity confirmed it, but at the same time introduced a first radicalization. The “time-line-perspective” remained, even though, as O. Cullmann reminds us, a new tension emerged that the Hebrews didn’t know before: between the “already” and the “not yet.” This new tension binds the Christian community as much to the past as to the future because the central event, Jesus’ life and victory over sin and death, is now behind us as something completed.

Hebrew eschatology is future-oriented while Christian eschatology is, at least in part, “realized.” But what happened in fact was a conceptual contortion of the Hebrew’s understanding of the future as an open reality. If the certainty of future events depends on the certainty of the main event that has already happened, i.e. Jesus’ full victory, then the announced future is as certain as what happened in the past. Doubt and perplexity about the future are overcome. Certainty and assurance fill the heart of a victorious and even euphoric Christian. The promised future will surely arrive as announced and as planned. Paradoxically, with Christianity the future is partially deformed by an excess of certainty.

Modern Western culture and society went a step further. They didn’t abandon Christian Eschatology. They just secularized it (K. Löwith/G. Marramao). After picking up from Christianity this fundamental orientation about the future, they introduced a shift. The certainty of the future that, if Christianity is based on God, Western culture is based exclusively in itself. This still more radical certainty of the future, introduced with modernity, is just the chronological side of the “anthropological turn” which is the typical cultural construction of contemporary Western societies. Eschatology, though secularized, suffers then a second radicalization. The future becomes more direct, more automatic and more predictable. This was, in fact, the spirit of emerging modernity: the unshakeable certainty of its own bright future.

The Enlightenment and Positivism were the first significant examples of this modern ideology. Movement didn’t stop there, however. It enlarged, expanded and refined itself in various experiments and sophisticated updates until it became really universal and trans-cultural. It succeeded in modeling the worldview of common individuals and organizations. “The future is sure, you only need to introduce order, discipline, coherence, hard work and accurate planning.” This could be life’s maxim for many of us today.

But here a paradox emerges. The temporal paradigm of “cyclical time,” typical of non-biblical religions and cultures, ended up domesticating and finally deforming the true future. Christian “linear time,” born as a critic and reaction to the previous cyclical paradigm, now became an “arrow.” And paradoxically it ended up, even using opposite strategies, with the same results. Domesticating and deforming the true future. A too certain future is no more a future. The only difference is that, in ancient “cyclical cultures,” the future was reduced to express the pre-existing cosmological and divine eternal stability, while in our days the neutralized future is “man-made.”

The picture still is not complete because, as much as Christianity influenced Western culture, in return Western culture greatly influences Christianity (and Adventism) — not theologically, but through its “temporal paradigm.” The optimistic and future-oriented spirit of modernity has become the spirit of current Christianity. The Christian God is thoroughly and truly a modern God, a coherent and efficient God, and today all of this “god’s” worshippers, across the whole spectrum of life and thought, look very much like him. This is the “exogeneous” imbalance of Adventist Eschatology. Without noticing it, our Eschatology has become structurally more Western than biblical.

This obsession and compulsion with a predictable future, typical of Western societies and religions, creates just apparent alternatives. The “Adventist Eschatological Alternative” works with alternative “forms” but not alternative “substances.” Our alternative forms are: the remnant, investigative judgment, final events, persecution, ecumenism, Babylon, the papacy, etc. But they are all articulated within a too deterministic future, borrowed a-critically from contemporary Western societies that we, ironically, heavily criticize and even despise. In our Adventist, too-linear Eschatology, other Christian churches’ apostasy, culturally godless secular processes, Adventism’s discipline and obedience, and even God himself appear chained to a deterministic future only Adventists know.

This certainty and presumption is not biblical. Our eschatology appears more futurist than Adventist. But that’s not our destiny. It could be changed if we act humbly, dialogical and think of our strategies and decisions as transitory, revocable, flexible and contextual. Every true theology is “theologia viatorum” (theology for pilgrims and travelers). This is the essence of true Adventism and of a healthy biblical Eschatology.