God Has Left the Building, and Some People Hit the Road: A Taoist Christian Moment?

God Has Left the Building, and Some People Hit the Road: A Taoist Christian Moment? 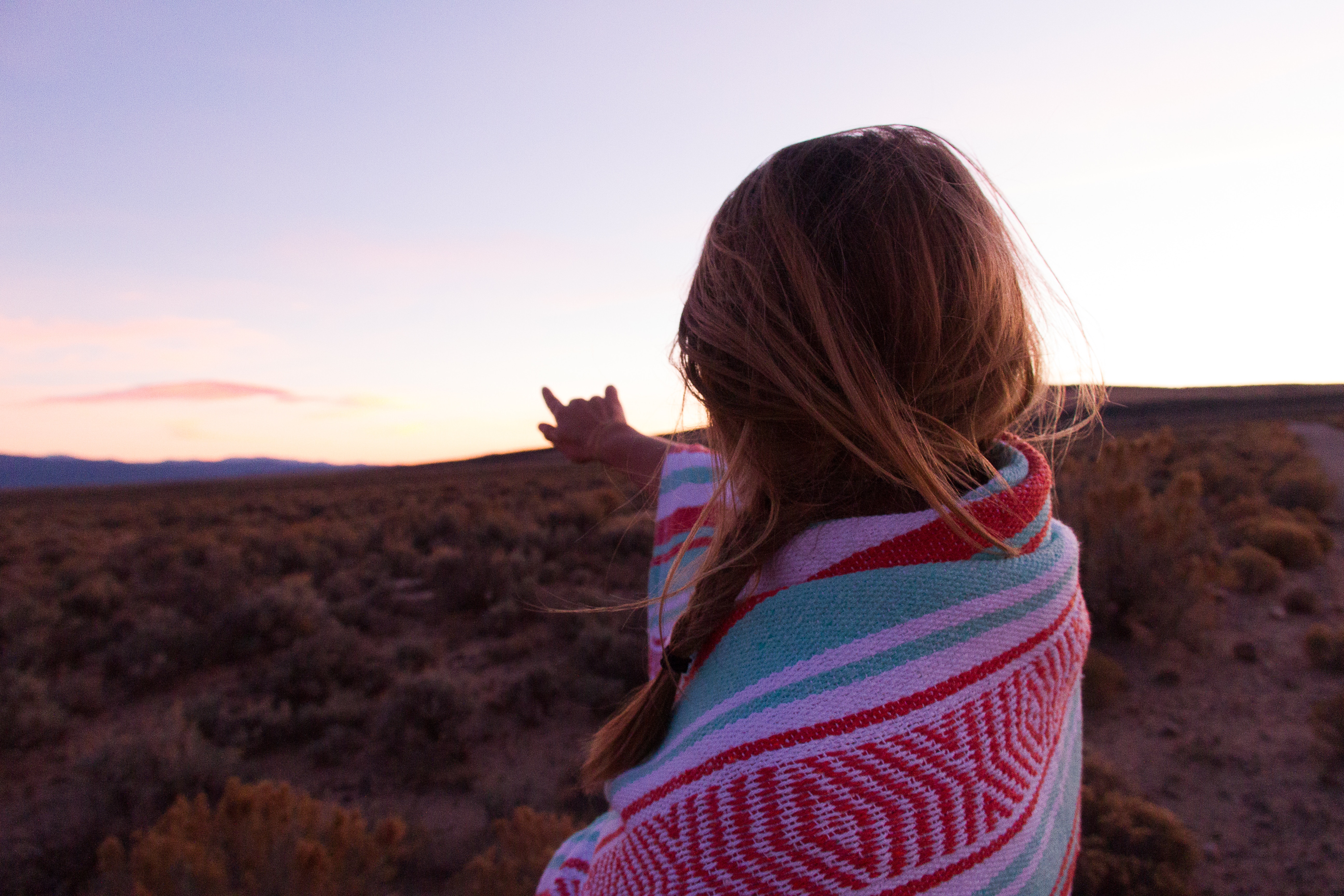 “An answer is an invitation to stop thinking about something, to stop wondering. Life has no such stopping places; life is a process whose every event is connected to the moment that just went by. An unanswered question is a fine traveling companion. It sharpens your eye for the road.” —Rachel Naomi Remen

Phyllis Tickle describes Christian history as undergoing a massive shift roughly every 500 years and says it is time for another one. Establishing the religious book department at Publishers Weekly gave her insight to write The Great Emergence, her signature book, that defines our current era, the 4th major turn in Christian history. The first three reshufflings were Constantine’s Influence, The Great Schism, and The Reformation. The way I see it, discipleship is the crucial task now, during The Great Emergence.That is to say, the mission currently is not to count and categorize converted souls but to attend to a transformation on life’s journey.

The existential question for Christians on the journey of Great Emergence, according to Tickle, is “Where, now, is the authority?”

Where is the authority for how one should live? Literate and drenched in information, people are seeing difficulties and incongruences in saying simply that “the Bible is my authority.” A further complication is that people have the sense that meaning must be found in a broader sphere than what would be known at the moment of conversion or what would be packaged and orchestrated by a church. How does one find guiding wisdom? With competing proof texts? Which part of the Bible holds the key to interpreting the rest? In addition, church authority continues to dwindle related to a steady stream of revelations about child abuse, financial scandals, and secret maneuverings within organizations. So, can one trust church authority? Where, now, is the authority?

One could say a well-lived life during The Great Emergence is one in which a person stays engaged in the task of grappling between chaos and order. Though not categorized as an emergent voice, or explicitly Christian, Jordan Peterson is cresting on a measure of fame with the bestseller, 12 Rules for Life: An Antidote to Chaos. This is one example of an attempt to help people contend with life’s complexity. People are not on a quest for certitude but, instead, want guidance for discipleship. Without explicitly naming Taoism as a remedy or reference, I see people on the edges of Christianity, “leaders” in The Great Emergence, modeling some concepts in alignment with Taoist thought as they live in creative participation in the world. Such a journey pushes away from institutions and creeds. People are experiencing life and spirituality as “buffered” selves, separated from particular churches and certain mantras of enchantment that had previously been mediated by religious leaders (Taylor, 2007).

I have noticed four similarities between Taoism and The Great Emergence: 1) a distrust of words, 2) an embracing of the fluidity in life—a natural action without struggle (Wu Wei), 3) recognition of tensions (Yin/Yang), and 4) the motif of walking on a path.

The Great Emergence moves to invalidate what has become an institutionalized orthodoxy readily caricaturized as a sort of afterlife management system with a vending-machine-god narrative that says, in effect:

We have found the truth.

Our god is better than yours.

Seek forgiveness, be saved, then nothing you do will matter.

Believe like we do and you can get what you want.

Otherwise, you will die.

Or, our story is right and our god is right.

Come join us or we will knock your butt.

The moral bankruptcy of this narrative has been unmasked. The words have no authority. Many who want to follow Christ are finding another way. Since many Christ followers detect that God has left the building, they have hit the road. This has resulted in a shift from centralized authority. Christians are on individualized paths. Where is the authority? Each one is finding her own. Familiar rules and jingles do not have the cache they once did.

One of the people leaving organized religion is Rob Bell, who has become influential for people wanting to pursue something else. Pastor, author, podcaster, and pilgrim, Bell positions himself away from stilted biblical literalism and aligns his work with using the Bible in a variety of ways, including as a narrative and as poetry; this has some similarities to how people use the Tao De Ching. Some say Bell weakens and delegitimizes the Bible, calling him a heretic, with particular umbrage at his emphasis of a loving God and his skepticism about the existence of eternal hell fire.

Fittingly, Andrew Morgan’s 2018 documentary about Bell is titled The Heretic. However, Bell’s admirers would say his work is a result of taking the Bible very seriously, so seriously as to acknowledge the weakness of basing a religion on a theology that comes from manipulating over 700,000 words that comprise the canon. For example, like other voices in this Great Emergence, Bell chooses to focus on the truth that God is love and that each person should live in accordance with that assumption. He points to the inadequacy of words to describe God, finding “biblical support” for his stance with passages where God says, “I am that I am,” or in the phrase, “the Word became flesh and dwelt among us,” which seems to say God is bigger than words. Bell points to the psychological and societal benefit that would come if each person felt an unconditional love from a deity; this would be more than merely affirming a premise, it would transform.

Bell emphasizes a pragmatic stepping out on a fluid journey guided by Jesus’ teachings and rejecting a systematic configuration of scripture concerned solely with metaphysical implications. In fact, Morgan’s documentary features Bell surfing, which reminded me of Wu Wei. Bell makes the analogy that life is like surfing. One responds to whatever comes, but the ocean of water represents the abundance of God’s love. Brian McLaren, another voice in The Great Emergence, also refers to the themes of journey and love and fluidity in his books. The concept is explicit in his one-year devotional, We Make the Road by Walking, which provides numerous unconventional slants on Christianity.

Rejecting dualistic, black/white answers, those in The Great Emergence realize that there are more than two ways and that life is full of grey areas which one will navigate in tension and within a spectrum of choices. I see space for an appreciation for Yin/Yang without explicitly naming it. In 2013, I was one of the planners of a conference that featured Brian McLaren as a keynote speaker in addition to Muslim and Jewish speakers. The event was called “A Third Way: Beyond the Conservative/Liberal Divide to a Christian Identity Refreshed by Interfaith Dialogue.”

This was a platform for creating space for nuance and noticing commonalities and differences. It was a place of give and take—Yin and Yang. The attendees were enthusiastic, but after the event many people, who chose not to attend, criticized it in print and in public settings. From what I gathered, critics were concerned that Adventists would converse with people of other faiths without maintaining an explicit goal of converting and showcasing the correct beliefs that the Adventist Church espouses with confidence.

A signature feature of the new phase of Christianity,The Great Emergence, is that the triumphant name-it-claim-it-blood-covered belief system must be overshadowed by a system of respect and commitment to a path dedicated to providing a way to flourish for all people without regard to tribe. McLaren and Bell are just two of dozens of authors who are uprooting tenets of orthodoxy by pointing to obvious problems in a plain biblical reading and providing some support to those who want a new way forward in a complex world.

It seems that Russian writers plowed the ground to make space for a critique of Christianity before issues reached the current critical stage in the West. Consider, Dostoyevsky’s quote about hell: “What is hell? I maintain that it is the suffering of being unable to love.” Or consider the words of Solzhenitsyn: “But the line dividing good and evil cuts through the heart of every human being.”

One could say this is a shift from an age of creedal belief to an age of spirit informed responses. McLaren uses the term “orthoaffinity” as the way Christians must relate to each other and with those outside the faith. The Great Emergence is permeated by humility with which one releases certitude and embraces flexibility while maintaining a commitment to proceeding on the journey in love. Such a detachment seems Taoist. However, the “new kind” of Christian in The Great Emergence differs from Taoism in that it emphasizes the love of God as a North Star and words of Jesus as a map.This brand of Christianity leaves the institution, moving into a diffused interplay with all reality.

The idea of some overlap between Christianity and Taoism is one I hold lightly. Those who are on the journey of The Great Emergence differ from Taoism in one key way—that is with regards to a belief in a God of love who wants to interact personally with each individual. The Great Emergence has grown organically with no organization or massive effort to indoctrinate or persuade to join a new denomination or to align with a new thought leader. Instead, according to Tickle, it arises in response to many societal changes. Many choose to warn against “emerging church” or “emergent Christianity” while not adequately addressing the underlying issues that Christianity faces now.

In my view, the situation is one where tribalism and scapegoating have been transported into the Christian community. Rather than come humbly alongside people who are trying to maneuver in a world with new tensions, many Christian leaders choose to spend energy calling out the heresies of emerging groups.

The question remains: “Where, now, is the authority?” How does one read 700,000 verses to arrive at a conclusion about God’s character? One becomes like those one admires. One becomes like the god one serves. Such psychological truisms have implications for Christians now. I believe that those kindling a fight against The Great Emergence are misguided to state the issue is mainly about upholding the term “biblical authority.” It would be wiser to commit to be a catalyst to launch people in spirit-drenched discipleship with confidence in God that is based on biblical evidence. An unfortunate fear-based lament about the loss of “biblical authority” seems to reflect the notion that right belief trumps right action. A dedication to discovering the nature of the Christian God and to providing tools for people to use on the journey of life in the 21st century might be two steps that could help people at this time.

What did Jesus say? “Make disciples.” Telling stories that would draw the listener into an unexpected space that left room for a person to imagine was a key part of Jesus’ discipleship training course. It might be time for a conversion, the word translated from the Greek “metanoia,” a changing of one’s mind. Can Christians who are concerned about empty church buildings learn anything from Tao?

Carmen Lau is a board member of Adventist Forum, the organization that publishes Spectrum. She lives and writes in Birmingham, Alabama. Photo by Holly Mandarich on Unsplash.