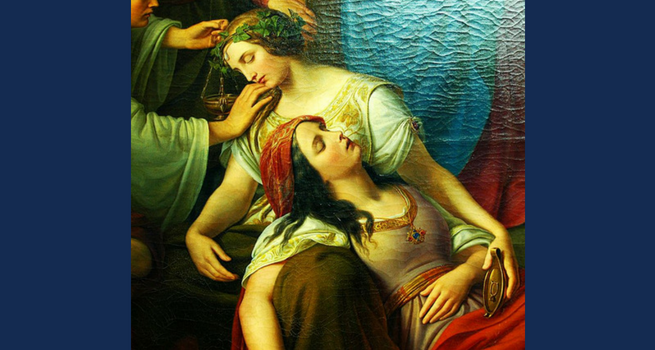 In Chapters 24 and 25 of Matthew, Christ Jesus reveals vital truth regarding the end time and how one needs to prepare to meet these events. These two chapters deal with Christ’s teachings concerning the end of time. While these chapters have the fall of Jerusalem in view, Christ has the last generation in mind when He returns in the Second Advent.1

Both chapters could be labeled as “signs of the end” or “the end of the Age.” According to W. F. Albright and C. S. Mann, Chapters 24–25 encompass three distinct matters:

Before Christ returns, there will be a worldwide time of trouble similar to that of the early Christian church. The first-century Christians experienced persecution; the words of Jesus to the disciples function as a warning when he said, “Then you will be handed over to be persecuted and put to death and you will be hated by all nations because of me” (Matt 24:9). It is worth noting that the word persecution comes from the Greek word thlipsisthat means “persecution,” “distress,” and “tribulation.” The word is mentioned about forty-five times in the New Testament.3 The word occurs four times in the gospel of Matthew, three of which happen to be found in Chapter 24 (cf. 13:21; 24:9, 21, 29).

In the Septuagint, thlipsis is often associated with “the oppression which belongs of necessity to the history of Israel and which was regarded by the faithful as part of salvation history.”4 There is a relationship between oppression (Exod 3:9) and liberation (Exod 3:10). Thlipsis has an eschatological significance where “tribulation belongs to the period of catastrophes before the final salvation, and it is characterized by leading astray, hate, political strife and catastrophes of nature. It is all necessary, ‘for this must take place (Matt. 24:6).’”5

Believers are included in this eschatological motif of thlipsis; they are exposed to tribulations (Matt 24:9), particularly hatred and death (Rev 13:11-17). The early Christians, for instance, suffered persecutions and tribulations at the hand of authorities such as, Stephen (Acts 7:59, 60), Peter and John (Acts 4:3–7, 21), and Peter and James (Acts 12:1–4). History records tragic stories of millions of Christians who were put to death in the Dark Ages by Rome in her effort to keep unity. Between 300,000 and 400,000 died in Spain alone during the Spanish Inquisition.

And one does not have to go back to the Dark Ages to see a demonstration of this principle. In as recent times as the 1940s and 1950s, hundreds of Christians died at the hands of Rome in Columbia, South America.6

At the end of time, deception and false worship will be imposed upon those who worship God. Only “those who have fortified the mind with the truths of the Bible will stand through the last great conflict.”7

When “the abomination of desolation, spoken of by Daniel the prophet” is set up (Matt 24:15), Jesus’ people are to pray that their flight from their persecutors will not be on the Sabbath day. Jesus was referring to Daniel 8:13 and 9:27. The little horn power of Daniel 8 represents both pagan and papal Rome. It first set up the “abomination of desolation (Matt 4:15),” or “the desolating sacrilege” (RSV) when the Roman armies threatened Jerusalem (A.D. 66–70).  Ellen G. White said, “Christ saw in Jerusalem a symbol of the world hardened in unbelief and rebellion, and hastening on to meet the retributive judgments of God.”8 The context of Jesus’ statement indicates that a second fulfilment came in the Middle Ages (cf. Matt. 24:15–29). Because Matthew Chapter 24 is using historical events as a type of end-time events, we know that just prior to the Second Advent “the abomination of desolation” once more will become a threat to the religious liberty of the people of God.

The instruction of Matthew 24:20 applies as much to the end of time as it does to the first century and the Middle Ages. Therefore, the Lord intends His people to observe the Sabbath right down to the very seconds of His Second Advent.9

The Spirit works upon man’s heart, according to his desire and consent implanting in him a new nature; but the class represented by the foolish virgins have been content with a superficial work. They do not know God. They have not studied His character; they have not held communion with Him; therefore they do not know how to trust, how to look and live. Their service to God degenerates into a form.11

The parable of the talents demonstrates the urgency of using our gifts in preparation for Christ’s soon return. Matthew Arnold said, “Use your gifts faithfully, and they shall be enlarged; practice what you know, and you shall attain to higher knowledge.”12 The words of Anne Brontë are fitting here: “All our talents increase in the using, and every faculty, both good and bad, strengthens by exercise.”13 Both parables, the “ten virgins” and the “parable of the talents,” convey the idea that there are those are ready and those who are not. Just as the oil in the parable of the ten virgins represents the “Holy Spirit,” the talents “represent special gifts of the Spirit, together with all natural endowment.”14

It was the one with the smallest gift who left his talent unimproved. In this is given a warning to all who feel that the smallness of their endowments excuses them from service for Christ. If they could do some great thing, how gladly would they undertake it; but because they can serve only in little things, they think themselves justified in doing nothing. In this they err. The Lord in His distribution of gifts is testing character. The man who neglected to improve his talent proved himself an unfaithful servant. Had he received five talents, he would have buried them as he buried the one. His misuse of the one talent showed that he despised the gifts of heaven.15

Therefore, the lesson of Matthew Chapters 24 and 25 teaches us to be filled with the Holy Spirit and to make efficient use of the gifts and talents the Lord has bestowed on us. Chrysostom gives the meaning well when he said, “The talents here are each person's ability, whether in money, or in teaching, or in what thing soever.”16 May the Lord help each one of us be ready to receive from Christ our final sentence, and that it may be to eternal life; and this is shown in a plainer description of the process of the last judgment (vv. 31–46).

1. Chapter 24 belongs to the “first large portion of Jesus’ eschatological testament, which begins as a dialogue but soon turns into a discourse, runs to v. 35 (cf. Mk 13:1–32) and contains several subsections.” W. D. Davies and Dale C. Allison, A Critical and Exegetical Commentary on the Gospel According to Saint Matthew (New York, NY: T&T Clark, 2004), 326.