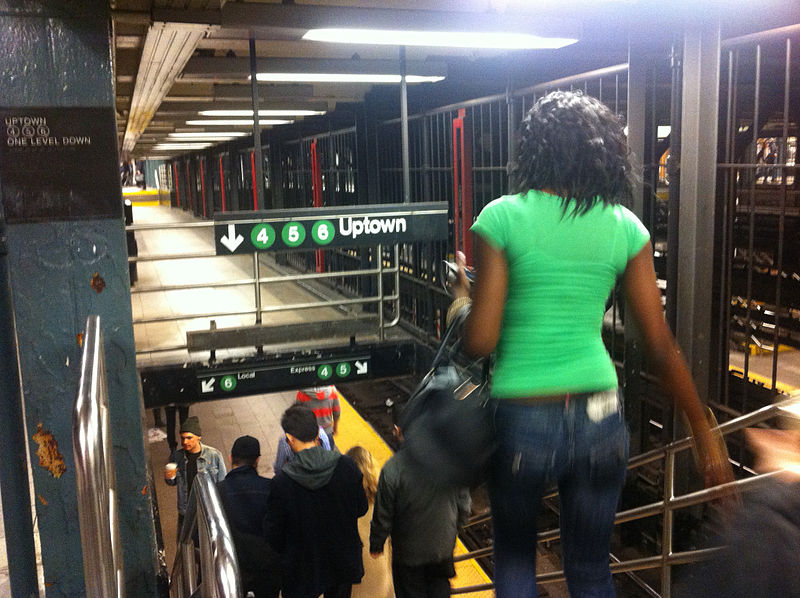 I remember traveling home from the subway in New York City as a young person. Always on high alert. Listen for footsteps. Always looking for someone walking too close or too fast. As a teenager, you might be “grown” enough to go places alone, but grown people get hurt, too. Think of your child walking home alone after a quick run to the neighborhood store for some snacks. It’s pretty dark. But you’ve always reinforced the importance of being vigilant. Besides, your community is pretty safe and the store isn’t that far. Imagine your kid noticing a car creeping alongside the sidewalk matching a walking pace while a stranger leers out the window. But then the person gets out of the car and starts approaching on foot. What would you want or expect your child to do? Cut through a shortcut? Run? Fight? Maybe use their phone to call someone while they do all three?

It’s terrifying to think about the fact that even our safest places aren’t safe. A 13-year-old was recently physically and sexually assaulted in the bathroom of one of our very own churches during a program. We want to give teens freedom to explore the world and become more independent, but we also want to make sure that they’re safe. No one wants to think that a trip to the restroom would end in an assault; and no one wants a sprint to the store to end in rape, kidnapping, mugging, or — every parents’ nightmare —  murder. Everyone wants their kids to be safe and it feels like no place is. I’m sure everyone with a child they love can empathize with these fears.

The thing is that many people can empathize with these concerns as long as the children in question look like their children. Yet we find it difficult when the child isn’t a part of our group. The aforementioned Adventist teen has our sympathy because he’s “one of ours.” We feel and understand that he could’ve been any of our children. And he deserves our love, support, and prayers as he and his family heal from what transpired. I want all children and their families to be extended that same compassion when children are victimized by violence.

The other teen whose story I alluded to is also a real scenario. That child never made it home. Maybe he would’ve gotten more sympathy if his name had been Timmy and he had red hair and freckles. But his name was Trayvon and he had brown skin and tightly coiled hair. Although he was just a teen walking home, he was portrayed as a thuggish threat to the community. His school records were scrutinized, his social media pictures were scoured for the most menacing-looking selfies, despite the fact that they look like the types of pictures that countless kids snap and post. The reasonable fear that he must’ve felt was discounted and he was made out to be culpable for his own murder. Why was he walking alone? Why was he out after dark? Why was he wearing a hoodie? Who cares that it’s his neighborhood? Who cares that any reasonable child would’ve likely run away from or fought a strange aggressor? This child should have known better.

Similarly, a child who was playing in the park, quietly and alone, was shot on sight by police. He was minding his own business playing with a toy gun he found. A toy played with by countless other 9-year-olds — that’s why they sell toy guns. If 9-year-old blonde-haired Tommy had been murdered while he was playing alone, there would’ve been no excuse considered reasonable enough to absolve the perpetrators of his murder. But a Black boy named Tamir should’ve known better. I mean, shouldn’t he, as an elementary school student, be playing in a park? Oh wait, that doesn’t make sense. That is what children do. But for some reason, Black children are supposed to have some sort of prescience to recognize when things that are normal for other (read: White) children will get them in trouble or even killed.

Believe it or not, parents, teachers, and caregivers of Black children actually attempt to instill this gift of prognostication in their charges. When I was in elementary school we were always reminded to not do anything that might give anyone a reason to think we’re causing trouble. This could be something as innocuous as going to the store. And although there were three corner stores within a block from our elementary school, we were strictly prohibited from going there to purchase anything from them before or after school. After all, you can’t be accused of stealing or being disruptive in the store if you simply don’t go in. And even though I literally lived in the neighborhood, this rule applied to me, too. I had to go home and change out of my uniform before I could go to the bodegas. Why? Because there was a secondary reason the school was concerned with: everything we did as students in those uniforms — good or bad — reflected on the school and on Christianity. That’s a lot of weight to put on children’s shoulders! But we were ever-mindful that we represented: our households, all Black people everywhere, and Jesus Christ. Heavy.

So we had to be trained on and learn about White culture. Aside from the official history curriculum that focused on Europe and European Americans, we had to learn about navigating society in ways that didn’t offend or alarm White people. The way you walk, talk, stand — anything — could offend, frighten, or upset White people and it could get you arrested or killed. It is now well-known in popular culture that Black parents often have “the talk” with their children at an early age. Not the sex talk, but the talk that deals with police. Not all of these lessons on race relations are laid out so explicitly, but they are incrementally interwoven into everyday life. It’s almost like learning a second language. In fact, code switching is a significant part of being a minority in a White-catered world.

This is why I have no sympathy for those who lament the notions of being “PC,” that is, being politically correct in demonstrating sensitivity in the way minority communities are talked with and related to by White people. What this irritation reveals is that the people complaining are blithely oblivious to the fact that everyone else is trained to do this for White people’s benefit — all the time — and it starts from childhood.

Children of color are expected to grow up very quickly and are required to learn all the nuances of intercultural interactions for their own safety before leaving elementary school. Meanwhile, the same cannot be said about White children. Long after they are adults — even well into their thirties with children of their own — they are deemed to be just “kids.” Even rich and influential White people like Mark Zuckerberg or Donald Trump’s children are referred to in juvenile terms. Meanwhile, actual minors of color are criminalized and judged for being children.

This is what upset me most about the incident at Walla Walla University. The individuals involved were college students, yet I saw all sorts of excuses on social media for their behavior. A common refrain was that they were “just kids” who probably “didn’t know any better.” And during Dr. McVay’s heartfelt message to the student body after the return from Spring Break, he took a bit of time to break down the history of blackface and why it’s offensive. While I’m glad he provided that education, why was it necessary? Why is it acceptable for White students to get to the college level and it be plausibly suggested that they simply had no idea how something that was such a significant and abhorrent part of American history would be frowned upon? I don’t know these students; perhaps they enrolled from a country outside of the United States. But anyone with any upbringing in the U.S. should be reasonably competent of cultures that share this nation.

However, the operative word is “should.” It’s simply not expected of White people, regardless of their age and access to the largest repository of knowledge in the history of our civilization. If you can use the internet to post a meme, you should have been able to use that same internet to learn about the culture you’re insulting. Yet this keeps happening. And that’s why I’m writing about it. Yes, this incident happened over a month ago as of the time of this publication. But inevitably there will be yet another racial incident at one of our predominantly White institutions. How do I know? The same way that I know the United States will have another mass shooting in the near future. I’m not a prophet. But the best predictor of future behavior is past behavior. And at least once a year there’s an incident where one of our Adventist universities makes headlines for its students doing something wildly inappropriate regarding race. We get shocked. There’s outrage. Then we have “a conversation.” Rinse and repeat. How about we break the cycle? It’s not going to happen by sitting down over a cup of Postum. We need real intentional change. And it has to begin at much earlier educational levels.

How many of our schools actively teach history, outside of European and White American history? And by teach, I mean more than in a footnote type of way. It certainly isn’t part of the history curriculum for high school and below. Admittedly, not every college/university had a readily accessible updated course catalog but, from the ones I was able to access, the only one I saw teaching courses in the history of people of color was (unsurprisingly) Oakwood University. There may be others that I couldn’t find. But the number definitely doesn’t demonstrate that this is practiced by the majority.  Yet this should be done at every level at every school. And beyond the explicit textbook lessons, sensitivity to other cultures should be interwoven into all lessons (formal and informal) that are being taught to our students.

Recently, another well worn conversation was debated among the student body at Takoma Academy: should regional and state conferences merge? The idea sounds ideal. Undoubtedly Christ can’t be pleased that we’re racially divided. But the only way this rift can be healed is if we’re all expected to truly learn and understand how to compassionately relate to one another. This will require a huge systemic paradigm shift. So I have no delusions that this will be rectified before the next time there’s a racially charged incident. And, sadly, I can say with certainty that there will be a “next time.”