The Conference on the Contours of European Adventism (Day Three)

The Conference on the Contours of European Adventism (Day Three) 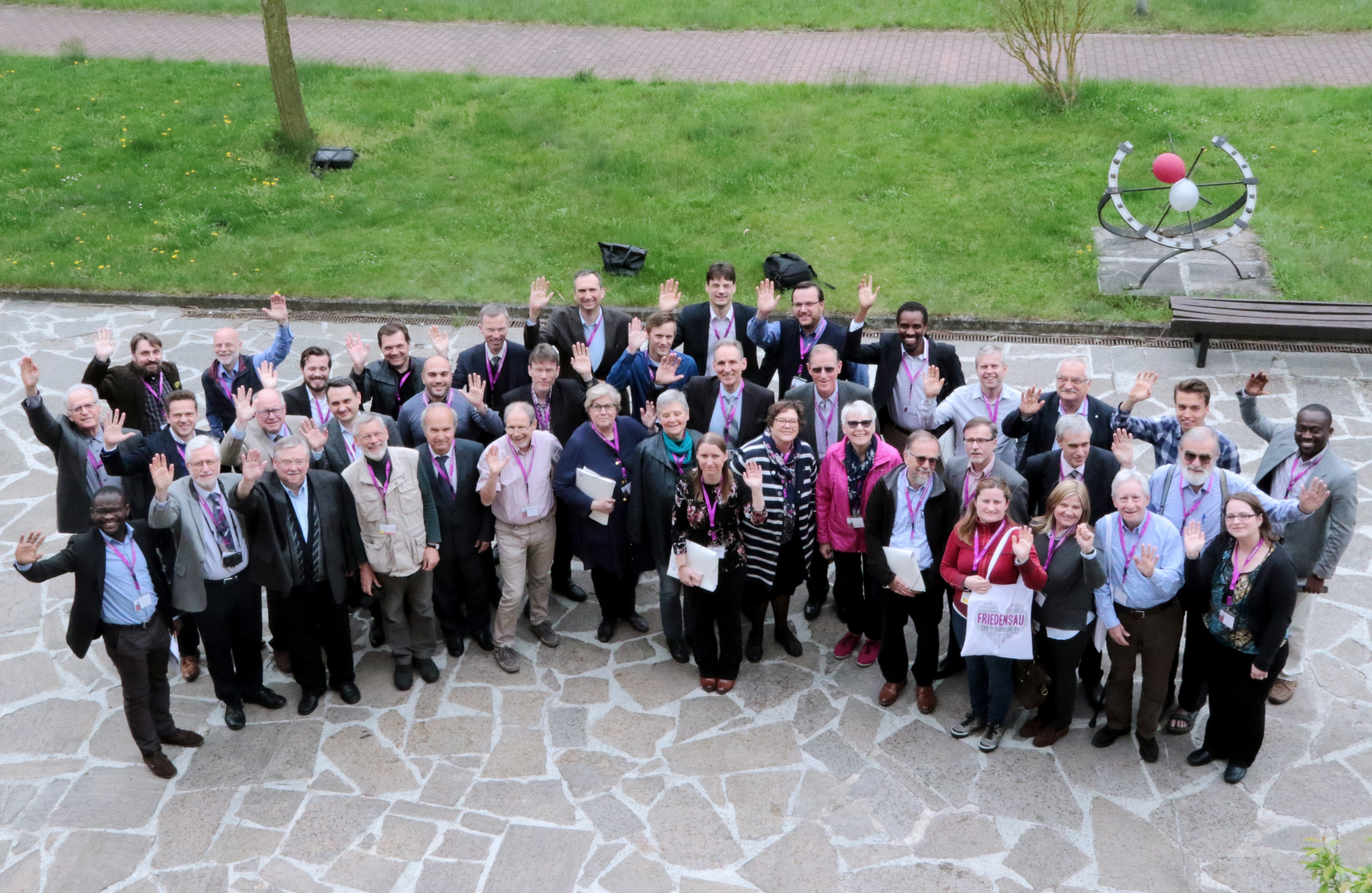 In the final session on Thursday morning, Dr. Rolf Pöhler, leader of the Institute of Adventist Studies at Friedensau Adventist University, rose to the task which his colleague Stefan Höschele called, “putting together the pieces of the mosaic from the previous two days!”

His paper was called, “Bringing the Treasures into the City of God.” Using the picture in Revelation 21:23-26 of nations all bringing their treasure to the New Jerusalem, Pöhler asked two basic questions: 1) What contribution might the European church – less than 2% of the world-wide population of Adventists – offer to the global church, especially as the global center of gravity moves south? And, 2) If there is such a thing as European Adventism, is its input desired at all by the leadership of the church and by other world regions or are European Adventists “too insignificant and idiosyncratic to be considered a blessing to the global church?”

Free from some of the restraints of time placed on previous speakers, Pöhler went on to explore the evidence for there being various “Adventisms” in the global church. He suggested that the “concerned and sustained effort by the denomination’s top leadership to foster church unity by imposing uniformity of beliefs and policies on a worldwide scale is telling evidence of the very existence of such diversities.”

But is the concept of European Adventism inappropriate and actually misleading? Pöhler suggested that on an administrative level, European Adventists, lack… “a shared vision and a common goal….Europe is irreducibly and irreversibly heterogeneous,” he said.

At the same time, Pöhler argued, Europeans share a great deal: “mutual history, cultural imprint, economic systems, political institutions and juridical traditions…More than any other continent except Australia, Europe is characterized by secularism and post-modernism.” He suggested that the post-modern reality faced by European Adventists may be “a herald of what tomorrow will be faced in other parts of the world.” European Adventists, Pöhler argued, may be pioneers.

Finally, he turned his attention to the four “treasures” which, in his view, European Adventists may offer to enrich the world church. (In a footnote, he owned that these suggestions reflect his personal biography and upbringing in Western Germany.) The European gifts he named were: cultural sensitivity, Protestant identity, conscientious adaptability, and critical loyalty.

To demonstrate what he meant by this, Pöhler recalled the approach to German evangelism of the early German Adventist leader, Conradi, who presented Adventism not as an American movement but as a European phenomenon, rooted in Europe long before William Miller. Following his approach, “Adventists in Germany prefer to see themselves, not as a national branch of an American movement but as an indigenous free church molded by the European context and culture,” said Pöhler.

Despite the emphases of The Great Controversy, the consistent application of the Protestant emphasis on sola gratia, sola fide, solus Christus, sola scriptura tends to be “more an aspiration than a reality” among global Adventists. When it comes to moving away from these emphases, European Adventists with a Reformation imprint have something to offer. They are “seismographs who sense tremors before others notice them.”

European Adventists, especially those who live in places where freedom of speech is not valued, have learned “to show their loyalty to the state without denying their commitment to God.” In Western Europe, marked by widespread secularism and pronounced individualism, Pöhler claimed that Adventists have learned different skills of conscientious adaptability, adapting to new cultural contexts without betraying their loyalty to Christ. The courage and commitment and the prudence and circumspection this requires are the gifts of faithful European disciples.

Referring again to the German leader, Conradi, and his history of establishing the “European General Conference,” Pöhler observed that there remains in American Adventism a suspicion that European Adventism – and particularly German Adventism – is set on an independent course. Critical questioning from Europeans regarding church teachings and policy decisions have reinforced the notion of insubordinate European Adventism. European history of Renaissance, Reformation, and Enlightenment has developed in secular Europeans and their Adventist counterparts the ability to ask probing questions, to critique, and to disagree. This approach, claimed Pöhler, quoting German Adventist historian, Daniel Heinz, “can contribute in a fruitful way to the clarification of the Adventist deposit of faith.” Critical loyalty, he maintained, calls for loyal criticism. The institutional church needs such an approach.

In conclusion, Pöhler turned his attention briefly to the future and the lasting changes to European Adventism with the influx of Adventist immigrants. Social cohesion, commitment, and enthusiasm are the gifts many of them bring and the Adventists of the Old Continent must learn to dialogue with these with respect – critically but also with generosity. And not only with them but also with European society, with global Adventism, and within European Adventism itself.

Pöhler gave the last word to a non-European Adventist working in Europe: the Peruvian theologian and philosopher, Dr. Hanz Gutierrez, Chair of the Systematic Theology Department at the Italian Adventist Theological Faculty at Villa Aurora. “While the ‘De-Europeanization of European Adventism’ through demographic (ethnic) changes may be securing its survival, it is also jeopardizing its uniqueness by blending with a globalized form of Adventism.” To some of his listeners, the words seemed prophetic.