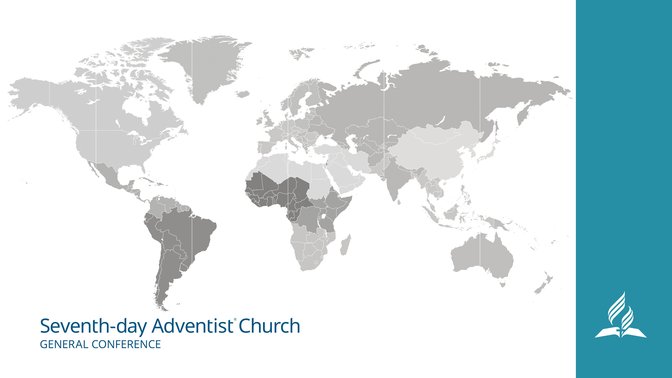 General Conference President Ted Wilson, along with a select few have, without authorization from any governing committee of the church, and absent of any authority aside from themselves, taken it upon themselves to declare the very first Seventh-day Adventist Creedal Statement in the history of our denomination, titled “An Invitation to Uplift Jesus: A Statement from the General Conference Executive Leadership and Division Presidents.” While premised as a pastoral communication, it departs boldly into new territory for a Church that up until Wednesday morning, April 11, affirmed, “Seventh-day Adventists accept the Bible as their only creed” (Fundamental Beliefs preamble).

This “statement” offers seven points that those who are to be deemed acceptable must publicly affirm and pledge. This replaces the baptismal vows, and the 28 Fundamental Beliefs. Now there are seven. If left unchallenged, this further turns Adventism towards creedalism and authoritarianism. This is especially true since it appears that this “statement” was issued during the closing hours of the Spring Meeting of the General Conference Executive Committee, yet it appears this primary decision-making body was not even consulted about it.

The historical antipathy in Adventism to creeds is well documented in studies such as “Creeds and Statements of Belief in Early Adventist Thought,” by S. Joseph Kidder. We have known as Seventh-day Adventists that creedal statements have been used to coerce conscience, limit ongoing understanding of Scripture, and centralize power in the hands of clerics. From our earliest days as a movement, we have consistently opposed the development of creeds, especially as a mechanism of enforcement, since many early Adventists themselves experienced persecution and disfellowshipping from their previous churches charged with non-compliance with creeds.

Note in particular this observation by Michael W. Campbell writing in the Journal of the Adventist Theological Society:

These fears were aptly expressed during the earliest organizational developments in 1861 of the Seventh-day Adventist Church. According to denominational co-founder, James White: “making a creed is setting the stakes, and barring up the way to all future advancement….The Bible is our creed.” Another Adventist minister, J. N. Loughborough, reiterated their collective fear: “[T]he first step of apostasy is to getup a creed, telling us what we shall believe. The second is to make that creed a test of fellowship. The third is to try members by that creed. The fourth to denounce as heretics those who do not believe that creed. And, fifth, to commence persecution against such.” —Michael W. Campbell, “Seventh-day Adventism, Doctrinal Statements, and Unity,” (JATS, 27/1-2 (2016): 98-99).

The issuance of this statement without review or even the apparent knowledge of the General Conference Executive Committee in session is deeply troubling. If left unchallenged, this provides the precedent for elected leaders—absent of appropriate governance oversight— to create a form of authoritarian leadership which could be replicated at any level of the church. One can only imagine the chaos created in local congregations when these seven questions are instituted as a litmus test for pastors, teachers, and lay leaders.

The suggestive nature of these seven questions—quite similar to every inquisitive investigation in the history of Christendom—are designed for a single purpose: to divide and purge those who cannot express their Adventist faith in the precise manner as the small group who drafted the questions. This is in complete opposition to a time-honored Adventist process by which beliefs and policies were developed in consultation that led to consensus and a unified perspective.

The Church has always emphasized the ongoing need for dialogue within its walls as well as with the outside culture. The preamble given on the General Conference website includes the words, “As the church continues to grow in size and influence, its role in society will require increased transparency. Such will continue be the demands of society, and such will be the need to define Adventism's relevance, or present truth, to those who are asking questions and seeking answers to their dilemmas and problems.”

The “Statement from the General Conference Executive Leadership and Division Presidents,” drafted in secret and issued without committee approval, is the very antithesis of this purpose.