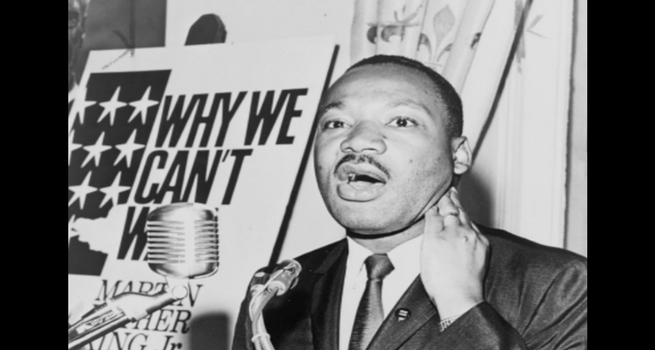 I did not watch the Super Bowl this year for a variety of reasons. One was the BlackOut, and the other is that I’m not generally inclined to revel in traumatic brain injury for the fun of it. However, I’d be lying if I said I haven’t attended parties on Super Bowl Sundays past to join in the fellowship, chips and dip, halftime show entertainment, and commercials.

The ads are always entertaining. The commercials that air during the Super Bowl are the most expensive per second of any marketing placement spots on U.S. television. So it should come as no surprise that they are often the most creative and dramatic to ensure the most bang for the company’s buck. They want them to be high impact and memorable. This usually means either ramping up the humor or tugging on the heartstrings. This year, Dodge chose to go the sentimental route by splicing footage of working-class Americans over audio from Dr. Martin Luther King, Jr’s famous “Drum Major Instinct” speech. Yes, I’m sure after protesting against segregation and advocating for fair conditions and wages for workers, it was totally part of Dr. King’s dream to hawk Ram trucks. But the crass commercialization of Dr. King’s quotes is a lesser concern, for this is only a symptom of the much larger problem of people’s habit of sanitizing his messages in the first place.

Of course, one might think it’s totally cool to insert his speech into a random car commercial because his words are thought of as being generically benign as a cute pop song anyway! Dr. King is remembered as the sweet old man who just simply wanted everyone to love each other. Nothing could be further from the truth though. Apart from our weird tendency to age him when he was only in his 30s when assassinated (which points to our practice of infantilizing young adults and disregarding the actions and opinions of those under retirement age—but I digress), the other problematic component is our selective memory regarding the abrasiveness of his message. Although Dr. King stood for nonviolence in a physical sense, he made no qualms about preaching uncomfortable truths that pierced the heart. When he was alive, he was not the universally revered figure he is today. So dissonant is this image of King that many in the public expressed their distaste for his statue at the DC Tidal Basin because they felt he looked too confrontational and should have been portrayed as more jovial. This was despite his family noting their pleasure at the sculptor’s portrayal of his demeanor. After all, King’s messages were divisive. People who marched with him were met with harassment because the ideals that they believed in and the sentiments that he preached were biting indictments of systematic inequities. People didn’t like what he had to say. To divorce Dr. King from the reality of these truths is to downplay the struggle he and his contemporaries faced. It’s odd to me that, even among many who lived through the Civil Rights era (particularly among white people who were alive then), there is an uncanny desire to view things through rose-colored glasses and pretend that the majority was always on the right side of history. If that had been the case, there wouldn’t have been protests and demonstrations. If that was true, Dr. King wouldn’t have been assassinated.

In an effort to ensure that people did not forget Dr. King’s actual messages, Daniel Rarela created a series of images using both historical and contemporary visuals to accompany some of Dr. King’s most emotionally raw quotes. It’s important to remember them in context and to allow them to challenge our society today. If we really applied his messages in totality—as opposed to only reciting the well-worn and palatable ones— there would be a stark difference in the way we address issues that people are demonstrating about 50 years after his death. We would be more attuned to injustice and more adamant about eradicating it. If we internalized the profound statements made in the “Letter from a Birmingham Jail” in its entirety or his sermon “Why I Oppose the Vietnam War,” our social consciousness would be cut to the quick. But as long as we cling to and repeat only those quotes that are catchy and comfortable, we will never change.

Our church is a microcosm of this. We have conveniently forgotten the sharpness of Jesus’ words. We quote the feel-good passages, but we forget that “Jesus meek and mild” also flipped tables. This is not an excuse to become bombastic or overly aggressive in our interpersonal interactions under the guise of “being like Christ.” However, it should challenge our notion that to be like Jesus means being as non-confrontational and neutral as possible. Jesus was anything but neutral! Christ was a divisive figure and preached hard truths. He challenged people to look inward and to make changes that were uncomfortable. Often, people didn’t like what He had to say. We selectively forget that the majority of listeners were against His messages. That’s why His followers were persecuted. That’s why He was killed. We dishonor the memory of Christ when we distill His message into pithy ballads and excerpts for Christian greeting cards. But we love our commercialization, even in the Christian community. We might not be selling pickup trucks, but we’ll readily do whatever is necessary to sell a WWJD bracelet or fish bumper sticker.

If our church truly embraced and lived the message of the Savior, what a marked change there would be, not only in our congregations but in the way we interact with the world! Oh how we would be motivated to fight injustice and to be a practical light to the world because we are attentive to the needs of those around us. We can’t merely dwell on Jesus’ sweet, soothing passages of comfort. We must holistically embrace the challenging messages of Christ which are like a two-edged sword: penetrating and dividing (Hebrews 4:12).

We have just commemorated the 50th anniversary of Dr. King’s death. Much more importantly, we have just ended the commemoration of Christ’s death and resurrection. And while we’re good for remembering death, let’s be as diligent at remembering the messages taught during life. Uncomfortable though it may be, we are called to move beyond the fluff, the milquetoast, and the whitewashed. Dr. King didn’t die to sell a Dodge Ram, and Jesus didn’t die to sell a bookmark.