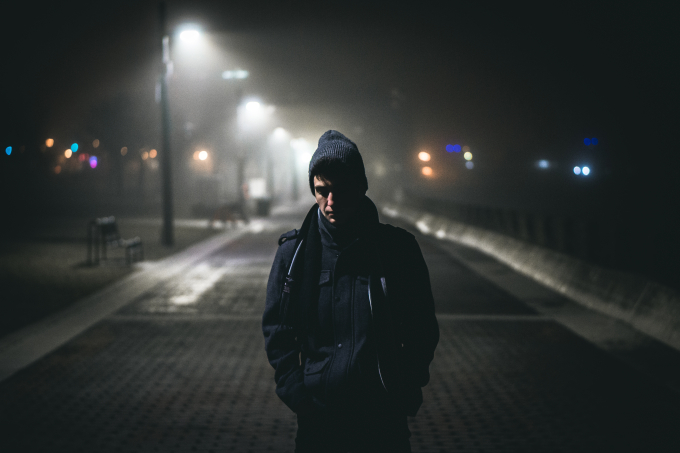 I would have been with Thomas in that upper room. Never an early adopter nor a joiner, I would have held back to watch others, see their reactions, imagine myself in their place, until the resistance I felt toward the new had reduced its charge.

Thomas gets the rap as the doubting one, forever holding out until he can touch and feel and see with his own eyes. Like it had never occurred to the rest of them that maybe this kingdom of God business was just too good to be true. Like all the other promises made that had not so much been broken as had not materialized beyond the promising stage. But with Thomas it was never skepticism about the nature of Jesus’ intentions. Nor was it cynicism about the possibility of goodness in the world. There was plenty of goodness, and beauty also, and where goodness and beauty live truth must be in the neighborhood somewhere.

No, what Thomas knew about himself with the clarity that comes from aloneness is that he lacked the courage to commit himself to another.

It hadn’t always been this way. After all, he was Thomas—Didymus—aka “The Twin.” There had been another, his brother, older by two minutes and stronger twice over. They had been inseparable, each the other half of the other, together as one, but not the same. He had led, Thomas had followed. Thomas was thoughtful, holding back, his brother plunging ahead with a shout. Thomas had read and questioned, his brother had acted. They had talked and argued late into the night about politics, religion, freedom. His brother joined a group; they were armed. He was adamant: “Better to die trying than not to try at all.” Later, after he was crucified with the others, the soldiers had come round for Thomas. By that time he had gone, into the night. Keeping to the back roads, he had traveled north to Galilee alone.

And now here he was amongst a band of brothers, younger than most, the first to ask, the last to step forward. When he had met Jesus it was as if he had seen his brother again: all the strength, but without the recklessness. And now He was gone, crucified like his twin; another one taken, promises dashed.

So, he might be forgiven, Thomas reckoned, for standing back when the others told him, breathlessly, that they had seen the Lord. “The door was shut, we were afraid, and then there He was!”

“I’d have to see that for myself,” said Thomas dryly. Peter smiled. “He figured you’d say that.”

Eight days later he was with the others, the door locked and bolted, voices lowered. And then He was there, smiling, in their midst, and looking Thomas in the eye. “I’m real,” He said. “Touch me. Act on it! Believe.”

All this was a long time ago but set down this. Set down this: I came to faith, finally, by acting as if it were there. And then it was—and is and will be, if I but act.

For we are saved by hope:

but hope that is seen is not hope:

for what a man seeth,

why doth he yet hope for?

But if we hope for that we see not,

then do we with patience wait for it.

Barry Casey taught religion, philosophy, and communications for 28 years at Columbia Union College, now Washington Adventist University, and business communication at Stevenson University for 7 years. He continues as adjunct professor in ethics and philosophy at Trinity Washington University, D.C. An earlier version of this essay appeared on StillAdventist.org. More of the author's writing can be found on his blog, Dante’s Woods.