Into Thy Hands I Commend My Spirit 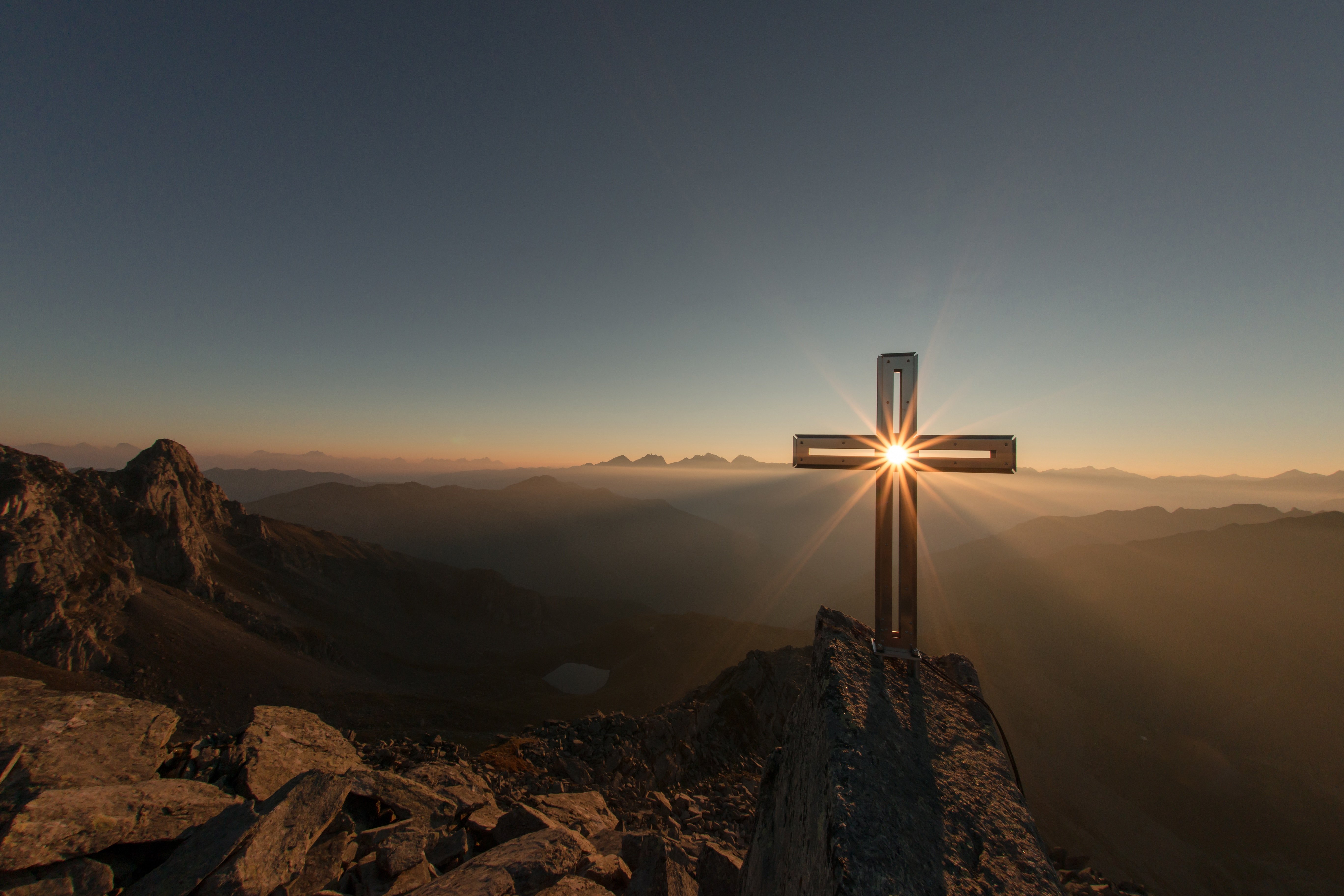 On this Good Friday, let us give our attention to the final of those seven last words of Christ on the cross that awful afternoon as recorded in Luke 23:46:

“And when Jesus had cried with a loud voice, he said, Father, into thy hands I commend my spirit: and having said thus, he breathed his last.”

In his book, Nearer, My God, William F. Buckley relates a story that the actor David Niven told him during the filming of a television documentary (p. 209). The story took place in 1940, in the waters just off Dunkirk, in France. World War II had begun. The Nazis had overrun the European continent, had destroyed the French army, and had pushed the British Expeditionary Force to the point of annihilation at Dunkirk as that army waited for rescue from across the English Channel. Thousands of soldiers and civilians were trapped. Three thousand of them crowded onto a rescue ship sent from Britain called Lancastria. Now listen to Niven:

They were just pulling up the anchor when three dive bombers came. One bomb hit, went down the funnel, and blew a huge hole in the side, and she quickly took on a terrible list. In the hold, there were several hundred soldiers. Now there was no way they could ever get out because of the list, and she was sinking. And along came . . . a Roman Catholic priest, a young man in Royal Air Force uniform. He got a rope and lowered himself into the hold to give encouragement and help to those hundreds of men in their last dreadful hour . . . knowing he could never get out, nor could they. The ship sank and all in that hold died. The remainder were picked up by the destroyers and came back to England to the regiment I was in, and we had to look after them, and many of them told me that they were giving up even then, in the oil and struggle, and the one thing that kept them going was the sound of the soldiers in the hold singing hymns.”

Simply to reflect on that story is to create a sacred moment.

Into Thy Hands I Commend My Spirit.

As holy a moment as may be created, however, the truth is that “Thy hands” is the last place we want our spirits — our lives — most of the time. To commend our spirits into God’s hands means surrender, giving away, giving up, transferring power and control.

I’m afraid that I spend far more time thinking about what I want from God than what God wants from me. And what do I want? Most of all, affirmation. I’d like God to have a look at my life right now and pat me on the back. “Well done, thou good and faithful servant.” Second, I’d like comfort and security — a great job, a clean, safe home, warm lights in the lamps, good food on the table, happy laughter in the air. I’d like a reasonable number of kind friends, pleasant company, but not too demanding. Third, I’d like to be healthy, and I’d like my friends and loved ones to be healthy. If my kid smashes his finger, I’d like some immediate divine intervention to relieve the pain. My list goes on, but by now you’ve stopped listening because you’re thinking of your own list, and it’s long, too. We want quite a lot from God.

In Mere Christianity (p. 174), C.S. Lewis asks us to imagine ourselves as a living house:

God comes in to rebuild that house. At first, perhaps, you can understand what He is doing. He is getting the drains right and stopping the leaks in the roof and so on: you knew that those jobs needed doing and so you are not surprised. But presently he starts knocking the house about in a way that hurts abominably and does not seem to make sense. What on earth is He up to? The explanation is that He is building quite a different house from the one you thought of — throwing out a new wing here, putting on an extra floor there, running up towers, making courtyards. You thought you were going to be made into a decent little cottage: but He is building a palace. He intends to come and live in it Himself.”

God is not a bigamist. He won’t share. Placing our spirits into God’s hands means the end of self, and that can be frightening. It is not our ignorance of God that stops us from committing our spirits to Him. It is precisely the opposite. We know that committing our spirits to Him will cost everything. Indeed, Jesus specifically warned us to count the cost, and he made clear that half measures are not enough. Have a look at Luke 14 if you need a reminder. Dietrich Bonhoeffer once wrote, “When Christ calls a man, he bids him come and die.” (The Cost of Discipleship). How’s that for a rallying cry? “Come and die.”

Into Thy Hands I Commend My Spirit.

And yet in one of the great paradoxes of Christ’s teachings — perhaps the greatest — He says that it is only by losing our lives that we gain them, and that our quest for everything except God is exactly what will eventually kill us.

In addition to its high cost, on the surface at least, a life in Christ is unappealing because it makes no logical sense. Effort and reward have been disconnected entirely; up means down; winning means losing; and loss means gain. Because that life is both so costly and so counter-intuitive, we step back. Yet, this stepping away can trigger divine stresses, signaling that we are in the wrong place looking for the wrong thing. Those stresses, those sometimes unidentified forces of opposition, may well be the voice of God. He is not affirming us; instead, He is turning us. The great German pastor, Helmut Thielicke, once said, “As long as you have not met God as one who opposes you, you haven’t met him at all.” (Life Can Begin Again, p. 40). Have you met the God who opposes you? If so, how thankful you can be for that encounter!

When we reflect with a clear mind and an open heart, can we see that there is no better place, no safer place, to commend our spirits except into God’s hands? But our pain in that moment of surrender will not be slight; it will be real, just as Christ’s was.

In this very last of His last words, Christ quoted from the fifth verse of Psalm 31. King David ended that Psalm with these words:

O love the Lord, all ye his saints; for the Lord preserveth the faithful….Be of good courage, and he shall strengthen your heart, all ye that hope in the Lord.”

That is the outcome for those who will surrender everything, even life itself, into the hands of God: strengthened hearts now and preservation for all eternity.

Take my life and let it be

Take my silver and my gold,

Not a mite would I withhold.

Take my heart, it is Thine own,

It shall be Thy royal throne.

Take my love, my Lord, I pour

At Thy feet its treasure store.

Take myself and I will be

Ever, only, all for Thee.

Photo by eberhard grossgasteiger on Unsplash