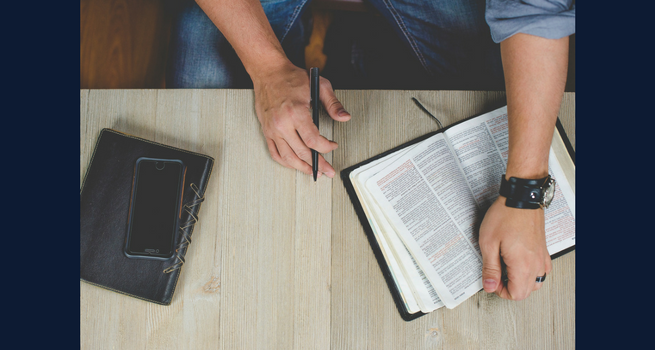 As I discussed in my article last week, unless we change our theology about Babylon, the membership at large will never feel comfortable with the “Babylonians.” Three areas need reforming if the Church is to dwell in the midst of Babylon in order to win people to Christ.

With this statement Father Charles Maynes pressed upon the young seminarians attending the Werribee Catholic Seminary in Australia the importance for themselves and their parishioners to be creative in the way they lived and experienced their faith rather than blindly following prescribed pathways that tend to turn believers into cattle herded in only one direction. His main point was that society around them was changing at a rate never experienced before, challenging the old ways of doing things as well as offering any number of new avenues to explore.

As I pondered these words, it gradually dawned on me that most Seventh-day Adventists function within a role determined mode. Most do not feel free to experience their faith in ways that are innovative and invigorating. This can be observed in the three main areas that constitute the faith experience:

The predictability of a typical Sabbath morning worship service has killed a sense of awed expectation unless there is a visiting artist or a charismatic guest preacher. The ministers as well as most members are reluctant to be creative or to introduce anything removed from the prescribed format as presented in the Church Manual. It is, therefore, not surprising that the number of youth and young adults attending regularly is so small. David exclaimed:

This entire Psalm exudes a sense of great joy and enthusiasm. I am not aware that many believers feel that kind of excitement come Sabbath morning, but I hope that I am wrong. I very often question my own feelings on Sabbath mornings. In David’s day, people did not go to the temple very often, not even every Sabbath. Is it possible that familiarity with the repeated uninspiring format has brought about the obvious loss of interest in the corporate worship experience, maybe even some contempt, as the proverb goes?

I enjoy opera and regularly go to the theater to see new productions of my favorite operas. I am fascinated by the creativity of individual producers who come up with new ideas and concepts to give a new dimension to familiar works. The same goes for the interpretation of great classical music by different artists and conductors. The expectation in the foyer is palpable.

I often hear believers say that because worship has an audience of one — God — it follows that the experience has nothing or little to do with what the worshipers feel and enjoy. This understanding translates into worship services that have very little variety and almost no appeal to the sense of aesthetics. I suspect that the bland format has more to do with the Puritanical origins of the Church than with what God wants or not. Let the members individually or corporately embrace their God-given freedom to create a worship space that appeals to the whole person and not just the mind.

The same problem is observed when it comes to evangelism. Mention the word, and we think guest evangelist, a special venue, prophetic charts. The method is the same whether it is on the radio, on the TV, or on a stage. We find the church operating within the same cherished, long-prescribed method. The approach to evangelism is certainly role determined. It is role determined both in the form and in the content.

Having served the church on four continents, my observation is that very few preachers feel free to take time and make the effort to determine what of the Adventist message is relevant to a given local context at a given time and, more importantly, how to present it in ways that the local audience can easily relate to, facilitating understanding and adherence. I doubt that SDA evangelists worldwide feel free to contextualize the Adventist understanding of the message of the Gospel.

Contextualization is giving the people the Bible answers to questions about life that people in their particular time and place are asking, in language and forms they can comprehend, and through appeals and arguments with force they can feel.” —Timothy Keller, Center Church, p. 89

Again, from the same author, “Christian communication is like building a bridge from the Scripture to the contemporary world. Proper contextualization is the act of bringing sound biblical doctrine all the way over the bridge by re-expressing it in terms coherent to a particular culture.” (Ibid, p. 101)

Maybe the thing that works the most against the evangelist’s freedom to contextualize is the often-used practice of having a well-known preacher (usually from the United States) write a series of presentations that are packaged and sent worldwide, leaving no room for contextualization.

The reality is that society is changing at a rapid pace and unless the church adapts, which requires the constant re-evaluation of the ways we do church both on the corporate and individual levels, the church will soon become irrelevant. There are ominous indications that this is happening, especially in the West. As a matter of fact, the Church has never identified successful ways to impact the teeming populations of the Middle East, the Indian sub-continent, and Asia (except for the Philippines).

One’s personal life is the arena where following a determined role is very closely observed. There seems to exist some kind of universal Adventist mindset that translates into a type of life style and set of attitudes duplicated fifteen million times (are we clones?). There may be some comfort for SDA travelers/tourists visiting developing countries to meet believers whose life style is similar to theirs. The similarity is due to the early missionaries who, maybe unwittingly, adopted the same view that the colonial powers had concerning the indigenous populations — that they were savages that needed to be civilized. No one inquired if that life style was relevant and appealing to the local environment and culture.

Would it not be very refreshing to see individual members experience and express their Adventist faith in ways that are specific to them as individuals; doing so without any fear of being marked, criticized, judged, and more often than not, damned (disfellowshipped)? Some serious thinking on the fact that most of us are role determined raises the question of how it happened and why it still happens, especially when one considers that we are a world-wide church encompassing hundreds of different cultural contexts.

A valid point can certainly be made that the cloning is the unforeseen negative consequence of believers worldwide studying the same Sabbath School lessons (format, presentation, questions and answers derived from prescribed Scripture, followed by an appropriate — or not — comment, usually from Ellen White’s writing). I am not decrying the relevance of studying the Bible from the SDA perspective nor rejecting the Spirit of Prophecy. It is important that we know and understand what our Church teaches. But too often what the individual members retain is mostly the prescribed dos and don’ts peculiar to Adventism without taking time to reflect on the question of relevance to their respective societies and cultures.

A South Korean doctor friend of mine had served in the Korean navy before he joined the church. After many years in the U.S., he received a phone call from a former navy friend who was visiting. They agreed to have a meal together at a restaurant. The visitor, not knowing of the change in the doctor’s life, ordered alcoholic drinks. My friend graciously took the glass, twirled it, sniffed the contents, and pretended to take a sip now and then during the meal and the conversation.

Once the meal was over, they stood up, but just before saying goodbye, the friend said, “I noticed that you did not empty your glass. Are you sick or something?” The doctor invited his friend to sit down again then told the story of his conversion. Intrigued, his friend wanted to know more, and that was the beginning of the friend’s own conversion. Before they separated the friend’s parting words were, “I am glad you did not refuse the drink that I offered. It would have been rude, and I would not have understood; I would have been offended and left.”

I imagine that many Adventist readers will disagree, but I think that my doctor friend on that day refused to be role determined. He chose to act differently, determining the role that he would play. In the process, he took the risk of being misunderstood by any church member who might have witnessed the scene.

The doctor told me that doing the Adventist thing was not his priority. Renewing the friendship was, hoping that it would open the door to witnessing. That his attitude lead to his friend’s conversion is indeed a nice ending to the story.

I suggest that every believer should take to heart Paul’s words in 1 Corinthians 9:19:

This is exactly what my South Korean friend did.

Believers should determine for themselves how to use their God-given freedom in ways that will make their life style and everyday behavior powerful witnessing tools within their cultural environment. But they should also never forget Galatians 5: 13:

You were called to be free. But do not use your freedom to indulge the sinful nature.”