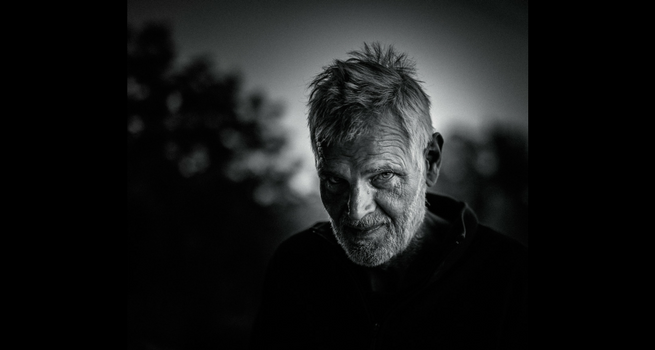 “The greatest gains and values are farthest from being appreciated. We easily come to doubt if they exist. We soon forget them. They are the highest reality.” —Walden, Henry David Thoreau

How much of our life do we truly comprehend? We may feel like political observers at a rigged election: we can see what’s going on but we lack the power to change it. Caught up in our routines, not daring to vary from them lest we lose a step, we see the surface changes of light and shadow, while we sense that tectonic shifts are taking place beneath us.

At a corner of an intersection frequented by panhandlers a man held a hand-lettered sign which proclaimed him to be God’s anointed, a “prophetic, proud, American preacher.” I held a dollar out to him while waiting for the light to change, and listened while he spoke about his ministry. He was a handyman who had been touched by the Lord some years ago and sent on a mission to bring a message of hope, prosperity, happiness, and health to all who would listen. He gave me a flyer he had written up, complete with a website, and resources that, if ordered, would restore a sense of pride in America and gratitude to the Almighty. There was no irony for him in the fact that as the bearer of the message he was a walking refutation of its benefits. But that suspicion was answered by his earnest claim that it was his humility which marked him out for the divine dispensation.

His jaunty sanctity was touching. Far from being an object of pity he thought of himself as a man with a mission. He wasn’t begging, he was witnessing. The transactional nature of his work called for him to give as well as to receive. If I gave a dollar he was happy to bless me and share with me the nature of his work. The dollar, a gesture of solidarity, was less a donation to an indigent than it was a validation of his calling. You’ve got to respect a man like that. As the light changed and the phalanx of cars pulled away, he proclaimed his willingness to work at anything—car repair, house painting, yard work, preaching.

I’ve wondered at the necessities and rules of panhandling. No doubt there are social norms that come with the occupation, perhaps even vocabularies and expectations that must be met. Does a median strip belong to those with seniority or is it ‘first come, first served’? Do you dress for the neighborhood or for the rigors of the job? On blazing hot days can the men go shirtless or is that a social faux pas that cannot be tolerated? Must the women always be mothers with four children and no rent money or can they be young, single, and brave—with time on their hands? How does the body adapt to or resist the thrumming roar of traffic, the waves of heat radiating from exhausts, engines, and metal surfaces? Do you stay on the median or walk between the lanes? Smile and thank whoever pauses or keep the gestures to a minimum?

These are the lines of adaptation to which the organism conforms, the terrain that must be plowed, the rules of engagement for a public transaction of a moment. I’ve seen lithe, well-dressed young men, affable and surefooted in the traffic, whose only indication of need was the hand-lettered sign they carried. And I’ve seen men, perhaps veterans of our interminable wars, whose faces were roasted red from the heat, whose hair was bleached and lifeless from the exhaust and the wind, and whose clothes had lost all semblance of garments.

I have found myself asking, while waiting out the light, what slight movements of the spirit brought them to this place and this moment. What butterfly, blithely flitting from flower to bush in a garden on an island in Japan, set in motion the winds that blew these people up on our concrete beaches? Alone in a crowd, islands in a river of molded plastic and glass, do they wonder as they pace their walkways, if there was an inexorable fate that brought them here? Were they singled out for punishment or just slower than the rest sprinting for the exits?

The consistency and persistence of these people is what lingers in the memory. Every day they are out there in all weathers, working the lanes, radiating a cheerful resilience, regulating their practice according to the elements they have found that work through necessity and chance.

Every one of them began as a child without guile. Most were loved, some no doubt carried the hopes of the family on their shoulders. There is no need to romanticize them or bill them as urban artists; they have too much dignity in themselves to be the object of our casual pity.

They live with the facts, the bare unadorned necessities of survival. They are not a tribe apart, they are the rest of us stripped down, without our pretense and assurances, without our facile privilege. There was a time when the Fates would have gotten the credit for having twisted up these lives in ways that could not easily be undone. Now those lives are proxies for the millions whose existence, when noted, is signaled merely by a downward tick on a graph in a Senate hearing.

“We know not where we are,” says Thoreau near the end of Walden. “Yet we esteem ourselves wise, and have an established order on the surface.”