The End of the One Project

The End of the One Project The One project concluded last month with final gatherings in Sydney and San Diego. Beginning with a small group of pastors and chaplains in a hotel room in Denver in late 2010, the One project totaled 32 gatherings and included thousands of people in North America, Europe, and the South Pacific.

During this time, the One project has been “one of the best and most important conversations happening in the Adventist Church”.1 It also has attracted more than its fair share of criticism, suspicion, and straight-up nastiness. Now those who warned so vociferously that the One project was the last great apostasy will need to go looking for—or invent—another.

So, given the controversy, the reality and the rumors, is the Church better off for the One project? 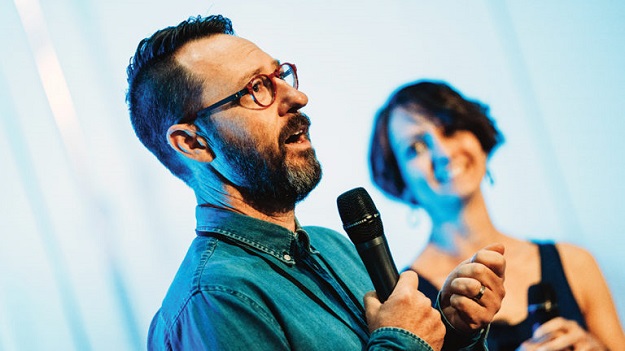 The first and most important answer is yes. Many people have found Jesus at and through the One project gatherings, some for the first time, others all over again. The final two gatherings gave participants the opportunity to testify publicly to the differences made in their lives. These testimonies gave glimpses of the transformation and fresh hope that can always be found when we refocus on Jesus.

One project participants have also generally renewed and deepened their commitment to the Church and its mission. While some gatherings have included expressions of frustration with our Church—more so in the earlier gatherings at which people found safe places to talk about these disappointments—this was most often done with love and a strong desire for the Church to be better and more.

There have been mistakes and missteps along the way. Listen to anyone involved in the One project since its beginnings and they will remind you that this was something that grew quickly beyond any expectations they might have had. To an extent, they were making it up as it developed, and it drew responses and reactions that caught them by surprise. There are things that would have been done differently if they had known how they would be perceived, misunderstood, and misrepresented.

But, for all of this, the One project has had a positive influence in the Church, including far beyond those who have directly participated in the gatherings. As the One project began to attract more attention, we have seen a broader re-orientation toward the centrality of Jesus in the faith and life of Adventism, expressed in conference and camp-meeting themes, church publications, and more. This is an incomplete project—for example, the current General Conference survey of members’ beliefs and attitudes fails to mention “Jesus” among topics of distinctive Adventist preaching—but Jesus has been preached with renewed attention and that is cause for rejoicing (see Philippians 1:18).

The One project gatherings have consistently modelled excellence in preaching, production and punctuality—yes, they always started and finished on time. Their many speakers demonstrated that we can say something significant and deep in a 20-minute sermon, particularly when it is well prepared and doesn’t seek to answer every question but intends to prompt discussion.

The ensuing conversations took place in small groups around tables at most gatherings. Church leaders sat with college students, talking about their dreams for the Church; tired pastors dialogued with long-time Church members about how church might be different with Jesus at its center; and people from so many different backgrounds, demographics and places talked, listened, and worshipped together, celebrating the supremacy of Jesus (see Colossians 1:15–20).

The One project has come to an end not because the conversation is finished but because the work of rediscovering Jesus is never finished and the conversation must grow beyond a label or a series of events (see John 3:30). The One project has been ended with an invitation for ever more of us to join in seeking more of Jesus and discovering that, in Him, we have all that we need (see 1 Corinthians 2:2). 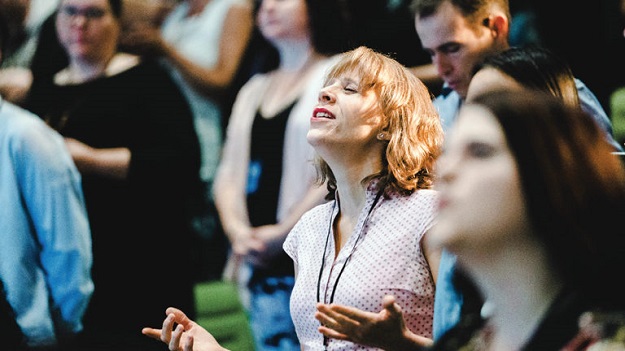 But the Church is also worse off, damaged by too many of the responses to the One project and the attitudes of fear and suspicion they have revealed. The One project has exposed an ugly and destructive streak within our Church.

Of course, these voices need to be kept in perspective. This criticism has been driven by a noisy minority. Among those who will lose out at the end of the One project are those independent “parasitical” ministries who have benefited from having such a ready target for their conspiracy-mongering. Remnant Publishing and some of their authors, as well as some of the semi-Adventist television “ministries,” have developed a profitable cottage industry by attacking the One project and its leaders, demonstrating again that it is much easier to sell a lie that feeds our fear than a truth that feeds our faith. None of these critics have taken any initiative to listen to the leaders of the One project, but this doesn’t preclude their fear-driven assumptions and passionate condemnations. It’s a sadly effective way to sell books and raise donations.

And there are too many among us who are too ready to buy it and believe it. That we are more ready to believe online scandal, rather than pastors and people we actually know, does not bode well. That we are so ready to invent and share conspiracies rather than seeking facts does not help our credibility. That truth doesn’t seem to matter is deeply disturbing (compare Exodus 20:16). That we struggle to accept that Jesus is enough or that Jesus could be “all” demonstrates deep flaws in our theology.

In this context, we have also seen a failure by too many Church leaders. The falsehood of most of these criticisms is known by most Church leaders—including a number of “investigations” conducted at different levels of the Church that have found no substantial heresy, errors, or wrongdoing—but most Church leaders have remained silent out of the understandable fear of the political risks of speaking up.2 Not that it is their responsibility to defend the One project; but it is their responsibility to defend the Church from nonsense, to dispel a climate of fear and suspicion, and to champion the uplifting of Jesus wherever and however this happens (see John 12:32).

In His day, Jesus was a polarizing figure, which He has continued to be throughout history. Perhaps the reaction and resistance demonstrates the reality of Jesus among us. But so much more in the positive responses. As Dr. Bill Johnsson, a retired Church editor and leader who has spoken at a number of One project gatherings over the past three years, explained it at the final gathering in San Diego, “The One project—to me—is one of the best evidences that God is alive and well, and is working in the Adventist Church.”

At the end of the One project, talking about Jesus is still “the best and most important conversation” for our Church—and is perhaps all the more necessary, if that were possible. It is precisely this same Jesus who is the Church’s only hope, who offers the power for its healing, and who prayed for its unity (see John 17:11). The One project has offered the Church a renewed vision of Jesus. Many of us have been blessed, inspired, and refocused. But too many of us have chosen differently—and too many of our leaders have failed to lead. May Jesus forgive us and knock yet again so that we can sit together around His table, enjoying better conversations, ultimately in His coming kingdom (see Revelation 3:20, 21).

1. To quote myself, “Introducing this book” in Nathan Brown, Alex Bryan and Japhet de Oliveira (editors), For the One: Voices from the One project, Signs Publishing, 2014. After having been misquoted and misrepresented in at least one of the anti-One project books, this seems an opportunity to correct any misunderstanding.

This story was written by Nathan Brown and originally published on Adventist Record. It is reprinted here with permission.