The Church’s Relationship with Babylon (Part 1)

The Church’s Relationship with Babylon (Part 1) 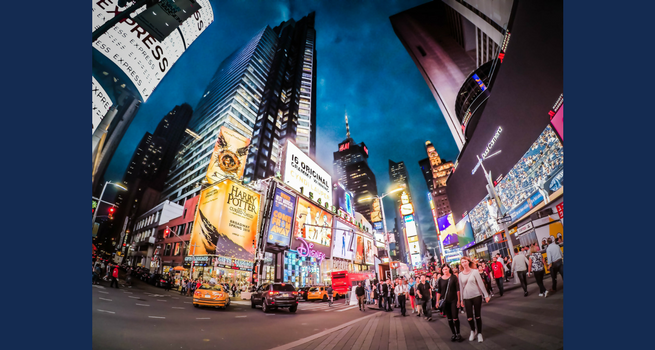 Both the Seventh-day Adventist Church and its individual members have a responsibility to Babylon. This article is the gist of a sermon that I preached for a gathering focused on the need to connect with non-believers in meaningful ways. I argue that unless we change our theology about Babylon the membership at large will never feel comfortable with the “Babylonians.” A second article, which will be published next week, will focus on three areas that need reforming if we are to become relevant to the people of Babylon.

The text that comes to a typical Adventist’s mind when the word “Babylon” is mentioned is Revelation 18:4:

Come out of Babylon, my people so you will not share in her sins.”

What is rather strange is that most SDAs would be at a loss if they were asked to define the sins of Babylon. Indeed, neither Revelation 14 nor Revelation 18 clearly describe what the sins are. What is described are the consequences of the sins both for Babylon and for those who have built and maintained links with her. Therefore, not many SDAs are able to define with precision what sins God is asking his people to stay away from.

This unawareness has resulted in our Church equating Babylon to the world around us and in the refusal to have any kind of relationship with society at large. From an early age, our children learn that the Church and the world should not mix, and anything that does not sound or look churchy is shunned because it is spiritually dangerous to allow the world to creep into the Church.

There is a significant group of members who have taken upon themselves the responsibility of being the guardians of the Church. They are on the lookout for the slightest sign of what they call worldliness and quickly mount an operation designed to cleanse the Church of the perceived impurity. The CBs (Concerned Brothers — and sisters) believe it is their God-given mission to keep a close watch on their fellow believers and to take up arms at the slightest sign of danger. Conspiracy theories abound in those circles. Of course, the level of concern as well as the kinds of sins to watch for vary from country to country.

From time to time the Church, feeling obligated to save Babylon and yet remain removed from its influence, organizes a minutely strategized foray into Babylonian territory. The aim is to snatch as many enemies as possible, dip them in the protective moat surrounding her walls, and then take them inside and quickly lock the gates. That is until the next invasion. The Church calls this evangelism. Further indoctrination goes on behind closed doors primarily designed to enhance the differences between the Church and Babylon.

Is that God’s ideal for the relationship between the Church and Babylon?

In the year 586 B.C. Nebuchadnezzar invaded and sacked Jerusalem (2 Chronicles 36:20). The people were deported except for the poorer ones who were left behind to cultivate the land (Jeremiah 30:10). The king placed a man by the name of Gedaliah as overseer, then freed God’s prophet Jeremiah and allowed him to stay in Jerusalem under the protection of the king’s guards (v. 11-14).

An unknown writer expressed the bitter feelings of the Jewish exiles and gave an idea of their state of mind (Psalm 137). All the songs of Zion were about God’s dealings with Israel going back to the days of Abraham. People who do not read and write instead use art — especially music — to tell their story. In ancient times, the stories of a people were intimately linked with the stories of their gods. So, when the Babylonians asked to hear the songs of Zion, they were in fact asking to hear, maybe learn, about Yahweh. What an opportunity to witness. But hatred and anger and sorrow prevailed, and the opportunity was lost. A party of Jews, unhappy about the exile and the king’s arrangement, began to create trouble. Eventually Gedaliah was assassinated.

What I have rapidly outlined was the context around the most extraordinary letter God ever sent to his people. I suggest that this letter should be the blueprint for how the Church should deal with Babylon today.

This is the letter that the prophet Jeremiah sent from Jerusalem to the surviving elders among the exiles, and to the priests, the prophets and all the people…This is what the Lord Almighty, the God of Israel says to all those that I CARRIED into exile from Jerusalem to Babylon…Build houses and settle down; plant gardens and eat what they produce. Marry and have sons and daughters….Increase in number, do not decrease. ALSO, SEEK THE PEACE AND PROSPERITY OF THE CITY TO WHICH I CARRIED YOU INTO EXILE. PRAY TO THE LORD FOR IT, BECAUSE IF IT PROSPERS, YOU TOO WILL PROSPER.”

Incredible. Imagine the Christian French and Polish, and the Christians of all the other European countries of Europe, praying for Germany after Hitler defeated them all. Had Jesus not taught that the believers should pray for their enemies and do good for those that oppress them? I wonder what God would have, could have, done back during the years of the first and second world wars if all the genuine Christians had prayed for the enemy. In fact, pray for the enemy at any time of war. It’s sad to acknowledge that what Christians probably prayed for most was protection against their enemies, certainly not for God to bless them.

Yet, that was exactly what God wrote to the exiles in Babylon.

Settle down. Mingle with them, do business with them, cultivate their land and build homes. Get married and get your children married. Can you guess what God was trying to do?

Let’s quickly discuss God’s initial plan for Israel: Israel was destined to become God’s showpiece to the world. God’s hope was that the neighboring nations, witnessing the overall wellbeing of a nation of former slaves, would become curious as to the source of their success. Israel would then have the opportunity to talk about their relationship with Yahweh, perhaps creating the desire to share in the blessings and gradually turn their neighbors back to God. It was in that sense that Abraham was to be a blessing to all the nations. Psalm 87 expresses God’s dream for the nations:

His foundation is in the holy mountains.

The Lord loves the gates of Zion

More than all the dwellings of Jacob.

Glorious things are spoken of you,

“I will make mention of Rahab and Babylon to those who know Me;

‘This one was born there.’”

And of Zion it will be said,

“This one and that one were born in her;

And the Most High Himself shall establish her.”

The Lord will record,

When He registers the peoples:

“This one was born there.” Selah

Both the singers and the players on instruments say,

“All my springs are in you.”

Israel failed because they kept the nations out. So, God turned things around and sent Israel to live in the midst of the nations. (Babylon was a mixed population of many subjugated nations.) God hoped that what Israel had not done as a free people they might do as exiles if they acknowledged that the exile was God’s own doing (Jeremiah 29:1, 7). But they refused to sing the songs of Zion. Talk about religious bigotry and arrogance. Does that sound familiar? We could compare this to Adventists’ feelings for Catholics…

So, what about not participating in Babylon’s sins? May I suggest that it has nothing, or very little, to do with Catholicism, Sunday keeping, or the variety of other things that we SDAs usually qualify as “the world?”

No other biblical text identifies the sins of Babylon in clearer language than Genesis 11:3 and 4, in the story of the Tower of Babel:

Then they said to one another, ‘Come, let us make bricks and bake them thoroughly.’ They had brick for stone, and they had asphalt for mortar. And they said, ‘Come, let us build ourselves a city, and a tower whose top is in the heavens; let us make a name for ourselves, lest we be scattered abroad over the face of the whole earth.’”

Here, in general terms, is an identification of the listed sins:

Is it also possible that our Church’s focus on unity of understanding and behavior has driven her dangerously closer and closer to the spirit of Babylon that thrives on unity and one voice? The very sin that God warns to stay away from? Moreover, this attitude will never win the postmodern mindset which values freedom of thought and attitudes, including the freedom to doubt and question. SDAs are very wary of anyone who questions, let alone doubts her cherished beliefs and values.

Genuine believers should not harbor in their minds and hearts the above concepts. But shunning them does not mean that the believers should cut themselves from close contact with the people of Babylon. God so loved the Kosmos (the Greek word used by John to identify the world in a state of rebellion) that he gave his Son to that world. At the time of the exile, Babylon was indeed the world and the world was Babylon.

When Jesus came, he sought and nurtured close contact with the people of Babylon. Should the Church stay away from the very world that God so loves? God so loved Babylon that he sent his Son to live in her midst, in an effort to win Babylon back by a service of altruistic love. How many close relationships does the typical church member have with non-Adventists, let alone non-believers?

I am afraid that for the majority of Adventist believers the only way they share any of God’s blessings with Babylon are the funds they periodically give to ADRA or some other denominational charitable programs. Is it not time that our people begin to discuss ways to establish on-going close contact with the residents of Babylon?

Believers need to revisit Paul’s advice as given in 1 Corinthians 9:19-23:

Though I am free and belong to no man, I make myself a slave to everyone, to win as many as possible. To the Jews I became like a Jew, to win the Jews…To the those not having the law (Babylon) I became like one having no law, so as to win those not having the law…I have become all things to all men so that by all possible means I might save some. I do all this for the sake of the gospel, that I may share in its blessings.”

Photo by claire jones on Unsplash